Clearly, to enable a learner to develop the ability to develop conversational skills, there is a need for a reasonable vocabulary and it occurred to me to wonder whether there might be a list of, say, 500 important words which, if they could be learned, would help to overcome the problem.

A look around the internet showed several options but one, “Forever Fluent” gives a free list, of 625 words, arranged into categories - location, clothing, people job etc. This is Americanised, but this is only a minor irritation The link is below.

Whilst not wanting to do anything which would clash with the SSiW learning methods, I downloaded the list in order to assess the approximate percentage of the list my existing vocabulary represents . It is quite revealing.

The method used to teach this approach appears to be by using flash cards but I have no views on this, purely seeking views on the usefulness of having such a list to work from.

I have no connection to the web-site above. I came across it by Googling and there are several other sites purporting to make learning vocabulary easy.

Lists are understandably attractive for some learners - but the variation in the individual user means that you’ll probably be better off getting into conversations and then either making notes on where you get stuck, or just waiting for a particular word to become such a pain point that you have no choice but to go and find out what it is…

We’ve seen time and time again that people who’ve done Course 1 and are willing to throw themselves into it, with occasional bits of mime, can have genuinely interesting conversations - and once you’re having regular conversations, you’ll start to get a more natural growth in vocabulary driven by need

As one who has done all three levels I found learning words just as a list not really. helpful. Best out effort into doing die. Best get skeleton of chat first and then hang new words which you will use ordinarily into that, If you follow method of SSiWelsh learning you will find things grow and there is no major effort in remembering because it’s isrt of natural speech. It really does work !!

SSiW works better than any other course. It really does- It worked for me, I’ve seen it work for many other people. It enables you to use the vocabulary you have in “the wild”, as it were, to a degree - no, not to a degree, more than that- in a way which other courses and sources (rhymes!

I did find, myself, that whilst doing SSIW, having a vocabulary in Welsh which was improved by learning words from other sources improved - considerably, I would say - the way I could have conversations with people in pubs and anywhere else in Welsh.

Those other sources were looking up words in dictionaries, attempting to read the simplest Welsh and thus looking up words, and other courses, including courses run by teachers (occasionally using lists and flash cards) and “teach yourself” books.

So I found being someone who wanted to build my vocabulary in this way, including just looking up lists of words, helped me to have conversations with people.

Just my experience, for what it is worth!

I get you drift Sandra. Thank you.
Yes Owain it’s working well for me too but I raised the topic because I’m sure others must feel, as I do, that, the more they learn the more they realize they don’t know. It is only natural, then, to want to try and learn lots of vocabulary to compensate but, before I started, I decided to draw on the advice of others on whether trying to do so would be effective or, worse, would interfere with the SSiW philosophy.
In the light of the comments from all who were kind enough to respond I shall follow the advice given to persevere with the course, converse when possible, and allow the vocabulary to grow organically. I hope this has been a useful topic for others as well as me looking for the right approach.

Oh, I wasn’t saying you didn’t think it was going well! It sounds like it is going marvellously, as it normally does, which is great!

I just wanted to make sure everyone knew I thought it to!

Personally I didn’t care whether the vocabulary grew organically or naturally or not - I was just eager to improve it in any way possible and happy when I could use the words in conversation, however I had learned them! With me a larger vocabulary enabled me to have more and longer conversations with more people, and come across more words I didn’t know!

It had a snowball effect. Such things as learning new vocabulary in the ways described above complemented SSiW, it certainly did not interfere with it.

I think learning new vocabulary in any way is a good thing. Still, as in all these things, horses for courses.

Whatever the details of what might be marginally quicker or better, as long as you do SSiW, and are enthusiastic, as you obviously are, I’m sure (I know!

Thanks for the encouraging comments Owain.

Probably I’ll have to allow the vocabulary to grow as best it can because, since I put the topic on the Forum I have been trying to learn a few extra words that seem to me to be useful/important. However, being of an advanced age (ie beyond retirement age by a good few years) I find the words don’t stick as well as those that are repeated over and over again through SSiW.
Therefore, although I had felt that it would be useful to learn vocabulary alongside SSiW it seems to be rather a forlorn hope to try to do it on a large scale.
I shall have to be patient, even though time is not on my side!!

Just seen your post Bryan.
I am getting on in years too but I have been using the memrise website recently and found I am retaining words well now. It is desined to help our memory to retain information. Very clever. They also have audio on quite a few courses which helps with pronunciation. 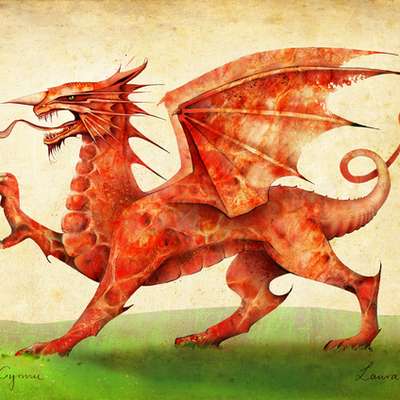 This is a course for building up your welsh vocabulary. See Introduction for more info.....

This course is particularly useful though, as it has audio and pictures.

I used to believe age was a barrier but I really don’t believe that anymore. Why not give memrise a try? It’s free too.

The best trick for us seniors us to relate word to something e.g adeiladwr builder. (Had a ladder!) or make up memorable phrase sentence with it. I always forget dw I’ n wasted cofio. You will find tiny phrases and relationship to other things oddly enough more to remember but it dies stick! Let it come naturally a couple of words a day . Relate it something you do regularly. E.g tidy. Taclusio. Add it to the but you know de i’n mynd I taclusio
I have done all 3 levels in six months by sticking to lessons and only adding little words here and there but it usxeasy now to out the extra vocabulary in. Good luck!

Memory is a wonderful and mysterious thing. It still surprises me that some words or phrases just stick first time without any effort, while others resist capture for as long as possible.

Thank you for your comments folks, I’ll give them a go, but I don’t know if your trick, Sandra, will work for me as I’ve tried using similar systems to aid memory some years ago only to find that I couldn’t do it fast enough to be useful to me. However, things and people change so I’ll try again.

Regarding some things sticking while others don’t, Mike, I’m finding that words will suddenly pop into my consciousness, unbidden but in some cases I either don’t know, or have forgotten what they mean. Then, when I look them up I often get what Aran calls his “Ouch” moment when I find I should have remembered it. It was because I suddenly began this remembering phenomenon in the Spring of 2014 that I began to learn Welsh as the memories I was getting were of Welsh heard as a child in Wales, without having had the benefit of being brought up to be Welsh speaking.

And finally, I shall certainly look at the web-site you recommend Ann

Therefore, although I had felt that it would be useful to learn vocabulary alongside SSiW it seems to be rather a forlorn hope to try to do it on a large scale.

When we’ve finished Level 3, I’ll be getting to work on scripting (or finding someone to script for me, if we have the spare cash by then!) a dialogue-driven trip through the most common 4000 words - in which we’ll attempt to introduce blocks of new vocabulary with enough different instances of each new piece of vocab to give the listener plenty of context to understand them - and they’ll come with a list of the new words, a full transcript, and a full translation.

They’ll be accelerated, too - so it will be important to have gone through the accelerated listening exercises from Levels 1, 2 and 3 - and I suspect that huge passive exposure to the most common words will be a very helpful tool for bulk acquisition of vocab

Wow! that really is something to look forward to

I’m looking forward to the Spanish version myself!

In the meantime, another vote for Memrise here - I’m working through modules like ‘100 Welsh verbs for everyday conversation’. The pictures or hints to help you really anchor the word in your brain - or you can create your own picture. E.g. if I have to think of a hedgehog I have a mental picture of one coming out of a drainpipe: draenog = hedgehog. But I’m sure you’ve got more important words than that to learn

Ooh, thanks for the helpful hints everyone.
One thing that helps me learn new words is going to amser stori every week and singing. For example, last week we learned ‘I can sing a rainbow’ and now I know all the colours (can’t get the song out of my head at all now!) I can now follow the story as well which is good

Wow, thanks for the pointer to this memrise course, Ann. I’d been doing some other memrise courses, but none of them have audio. I just had a start on this one and it seems really good. The audio seems to really make a difference in how the words stick. I wish there were a more gog-friendly version, though – tad-cu ???

Hi Ann, I have just googled and there is a (different) version on youtube

It’s a great course but I did have problems myself with a couple of words and wrote to the person responsible to ask if it was for the North or South. He said it was generally aimed at both but we may find a few alien words in both camps. Others have said it does no harm to know both. My neighbour has children in both areas and says she just got used to both as many words are the same, though accents are different. I have done several courses without the audio too. Thankfully, I found an on-line dictionary which also has audio for most words. You may well know about it but if not here is a link. www.gweiadur.com There is also “forvo” but its not so easy to find your way to Welsh page. Good when you find it though. Have fun!

From experience I think the best way to improve vocabulary is to read.