Hi , I am a complete beginnner and enjoying the course so far but was wondering if there is anywhere I can print off the vocab list as I like to see what I am saying as well as hear the welsh . I know there is a pop up list under each session but I don’t think I can print that off . Maybe this is some thing I shouldn’t be concerned With but I do find it helpful to see and hear the welsh .

Not seeing the words is what Dr Robert Bjork calls a ‘desirable difficulty’ - it forces your brain to work harder to figure out the sounds, which in due course seems to lead to a better accent and stronger memories - so if you can get by without looking (until the end of Level 1 at least!), it’s worth doing.

But if the emotional cost is too high, it’s better to look than to give up! You should be able to print the pop-up window from your browser - if not, maybe just copying and pasting into a separate document would do the trick?

I am afraid the desire overtook me on Level 2 and I succumbed to looking at the topic on the forum entitled “Vocabulary from challenges” where some kind folk have put lists. I did only use it for reference if needed after completing the challenges. Hope you enjoy the course as much as I have.
Pob lwc

I am very glad to have it there now, frankly. I don’t look at the list until after the lesson, because I was used to the earlier iterations of the course, and while they have been incredible for helping pick out the flow of the conversations I hear on the BBC, not so much for reading on BBC Cymru Fyw.

So now that I am doing it in this 100 Days format, I copy down the words as a segment in my logfile so I can refer to them later.

I agree, it is best not to look at the vocab at the same time as doing the lesson. However, I like to see the words too. So, I have a quick look before listening and speaking, then afterwards, I copy any paste into a folder on my phone and laptop.
I hope that it is allowed?

So, I have a quick look before listening and speaking

ok you win Aran. I can be obedient at times!

I can be obedient at times!

Hmmmm… not sure I’m convinced…

A quick addition (and personal experience) to Aran’s point about desirable difficulty.

I am totally non-visual, to the point that I have no visual memory, and would struggle to pick my own children out of an identity parade. (Aside - I have literally called the wrong child to me at the school gates in the past).

There are some songs in Occitan (the language of southern France) which I often listen to on YouTube etc. One of my all time favourites is a song with the repeated line “…vam caminar lo pais vam cercar”. Having read the words, I would happily sing along, and every now and then forget the words and have to listen hard to re-remember.

Quite recently, I was idly revising some pronunciation rules, and was reminded that, the v in Occitan is generally pronounced as a b, and that the s disappears before the b of vam.

“That’s odd” thought I, I wonder why Nadau sings it wrong". And blow me, when I listened again, he’d changed it to sing it correctly.

In other words, even in a “non-visual” person, familiar with similar languages (Spanish and French), the written word had totally overcome the heard sounds in my head. This is because the eyes generally over-rule the other senses if there is uncertainty.

The effect that will have on your Welsh is a) you will introduce English sounds - mostly the vowels - into your Welsh from reading first, and b) you will find it very difficult to hear that they are not the correct sounds, and even more difficult to convince your brain to go with your ears rather than your eyes.

We generally find that people who have learnt the SSiW way - by listening - are very adaptable and flexible when it come to different sounds, and changing things that they have learnt “wrong”, whereas, at least in my experience, book learners have some ‘tells’ - certain vowel sounds that they mispronounce and have a real difficulty in correcting.

So (this post became quite long!) in summary - listen first, then use the vocab lists to guide you in any confusions, but mostly with hard-to–distinguish consonant sounds (th vs v vs dd etc).

Hi, There are complete lists of vocabulary for all 3 levels, North and South created by ‘Betterlatethan’. Just search for ‘VOCABULARY FROM CHALLENGES’. (EDIT - Just seen that Tricia has referred to the same lists in her comments, and like Tricia, I used these more from Level 2 onwards, so there we go!).

I find the full list of vocabulary useful, although obviously listen to what Aran and Iestyn have to say. For me though, although learning by ear is great, sometimes it’s useful to see it written down. Rather in the same way that one can mis-hear a songs lyrics until you see them written down, Obviously, you also have the vocab lists on the lessons themselves when following the courses on a computer, (originally I tried copying and pasting these into a file to print them off), but these other lists are more comprehensive and also, bang up to date! (Thanks Betterlatethan!).

the eyes generally over-rule the other senses if there is uncertainty.

That’s very interesting. I’d never thought about it before, but it makes sense. In fact, sometimes when listening to a SSiW lesson a part of me has asked why you (of all people) have been ‘saying it wrong’, whilst realising simultaneously what a daft thought it was! And now it seems that I have an explanation.
I would add however that sometimes I just can’t remember a word, no matter how many times I hear it clearly and repeat it to myself. Some words are just doomed to go in one of my ears and out the other. In such cases, looking at the written word in my dictionary often helps me to remember it.

Caveat to my post (in total agreement with Phil and Baruch):

If you have a choice between ‘being a bit uncomfortable but getting a good accent’ and ‘being more comfortable but making some odd vowel sounds’, then obviously go with being uncomfortable, and avoid the written word until you’re confident of the spoken.

If the choice is between ‘having to see the word, even though that might make your accent a tiny bit off’, and ‘not being able to use / remember the word / phrase / whole language at all ever’, then definitely read it!

In this case perfection = the best that you can do in the most efficient way possible. You’ll never have a good accent if you can’t learn the words, so do what works for you!!!

Hi Iestyn. I’m taking the Southern courses and I find that once I’ve learned the words and can pronounce them fairly well, then I take a look at the vocab for the lessons. It’s helping me if I’m not sure I’m hearing a word correctly, or to start reading simple sentences. I’m now getting a feeling for how the letters are pronounced. If I look too early, then I tend to try to use English pronunciation.

That’s the effect we are aiming for, so da iawn Allison - it’s working for you!

listen first, then use the vocab lists to guide you in any confusions, but mostly with hard-to–distinguish consonant sounds (th vs v vs dd etc)

That’s exactly why I copied out the vocab lists. I can’t distinguish between ‘dd’ and ‘f’.

Yes, there are certain vowels that I always get wrong - but in my case the damage was done long before I started learning. It came from trying to read place names.
Sue

Sorry I am a bit confused. Where is ‘betterlatethan’ on SSIW or another website? 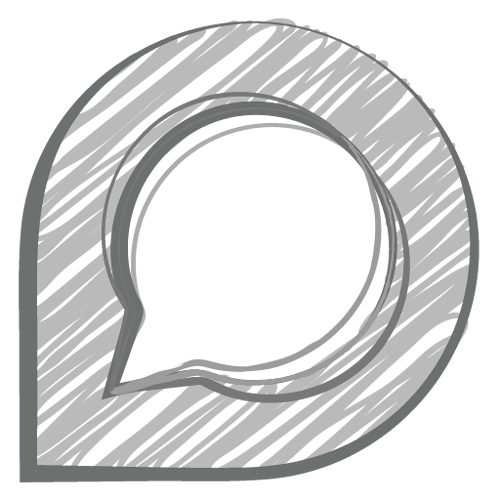 After a request for the complete vocabulary for the Challenges of Level 2, I uploaded a couple of files, with @aran 's consent. They were not in a very appropriate thread, so here they are again. Level 2 South SSiW Level 2 vocab South.pdf (293.4...

If you’re looking for betterltethan, see post right before yours or the link here!

That’s the name I chose for the forum.
Sue