What's your most fun thing about learning Welsh?

I’ve decided to keep it lighthearted but informative. My title is going to be something along the lines of ‘What makes Welsh a fun language to learn’. (I often feel that Welsh gets a bad reputation for being a difficult language to learn, so I’d like to keep it positive. Let’s focus on the fun side! )

I already have lots and lots of ideas, but it would be foolish of me not to draw from the experiences of Welsh learners, like yourselves.

What is it about the Welsh language and learning Welsh that brings a smile to your face and makes your efforts worthwhile? Are there certain words or phrases that make you chuckle for some reason? Favourite words? What makes you stick with learning Welsh when the going gets tough?

My last subheading will be about the online resources available nowadays for learning Welsh, and I’ve already written ‘talk about Say Something in Welsh and its community’ on my plan.

Diolch, and apologies in advance if I don’t reply to you until later! It’s almost time for me to start my day of online teaching. One more cuppa first! Un paned arall yn gyntaf!

A mention about some of our quirky words, like “smwddio” and “pili-pala”, and slangy words like “popty-ping” instead on “microdon” and “pysgod wibli-wobli” for “sglefren fôr”.
You could even try and convince them that Llanfairpwllgwyngyllgogerychwyrndrobwllllantisiliogogogoch isn’t really that hard to pronounce!

Being able to connect with a wonderful community and talk to interesting people from all over the world has to be a reason to love it! When I’m struggling, a chat with one of my practice partners or a native speaker here generally renews my enthusiasm.

I will never forget the brilliant laugh given to all of us who read
@MaureenBeeson’s comment on “You know you’re learning Welsh when…”
My husband said “where’s the key?” and I said," he’s asleep in his basket."
There are others in that thread, but I still think that was the best!!

How about sending a duplicate in Cornish

I can understand they don’t accept Cornish as an official language yet in the U.K., but I’m shocked that they would not accept Gaelic. Isn’t Gaelic recognised by the EU officially - in that you can speak in Gaelic in the EU Parliament?

This seems to me to be controversial. Even though Northern Ireland is formally a separate community to Ireland, do they not have Gaelic as an accepted language in the Northern Irish “Parliament”? Perhaps not?,

Lovely! @faithless78. I’ve made an audio recording of how to say Llanfair PG so I could always refer them to that! Diolch!

@Karla I’m glad you mentioned this. It feels like the community of Welsh learners is somewhat unique, especially this online community.

@henddraig Haven’t heard that one before. It’s a good one!

I wonder if the latest developments under European Charter Part III mean they should now be accepting applications in Gaelic. It may be worth exploring.

And now be prepared to be bored to death by facts from Wikipedia:

Approximate boundaries of the current and historical English/Scots dialects in Ulster. Mid-Ulster English is in light blue. Ulster Scots (green) is no longer spoken in that entire area. The Irish-speaking Gaeltacht is not shown.
English is spoken as a first language by almost all of the Northern Ireland population. It is the de facto official language and the Administration of Justice (Language) Act (Ireland) 1737 prohibits the use of languages other than English in legal proceedings.

Under the Good Friday Agreement, Irish and Ulster Scots (an Ulster dialect of the Scots language, sometimes known as Ullans), are recognised as “part of the cultural wealth of Northern Ireland”. Two all-island bodies for the promotion of these were created under the Agreement: Foras na Gaeilge, which promotes the Irish language, and the Ulster Scots Agency, which promotes the Ulster Scots dialect and culture. These operate separately under the aegis of the North/South Language Body, which reports to the North/South Ministerial Council.

The British government in 2001 ratified the European Charter for Regional or Minority Languages. Irish (in Northern Ireland) was specified under Part III of the Charter, with a range of specific undertakings in relation to education, translation of statutes, interaction with public authorities, the use of placenames, media access, support for cultural activities and other matters. A lower level of recognition was accorded to Ulster Scots, under Part II of the Charter

The looks of astonishment when you are talking to a fellow tourist in a queue and then chat happily in Welsh when it is your turn to be served.

I’m not the first to say it, but I have such fun using it to deal with cold callers.

A few weeks ago, I happened to be looking into whether the Irish language was broadcast by the BBC in Northern Ireland. It turned out that Both Radio Ulster and Radio Foyle broadcast about half an hour of Irish on weekdays: 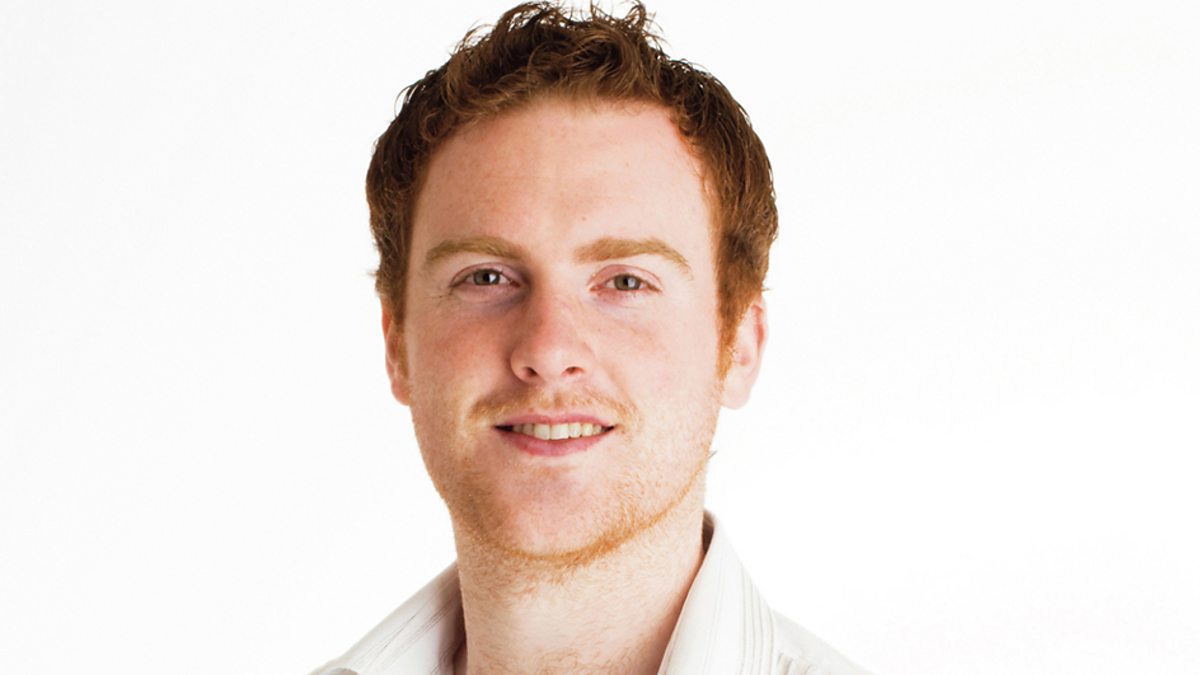 Sounds like a bit of a token effort, doesn’t it? But of course, people in the north can almost certainly listen to Irish broadcasts from the Republic if they want to.

There’s a bit about Ulster-Scots here: 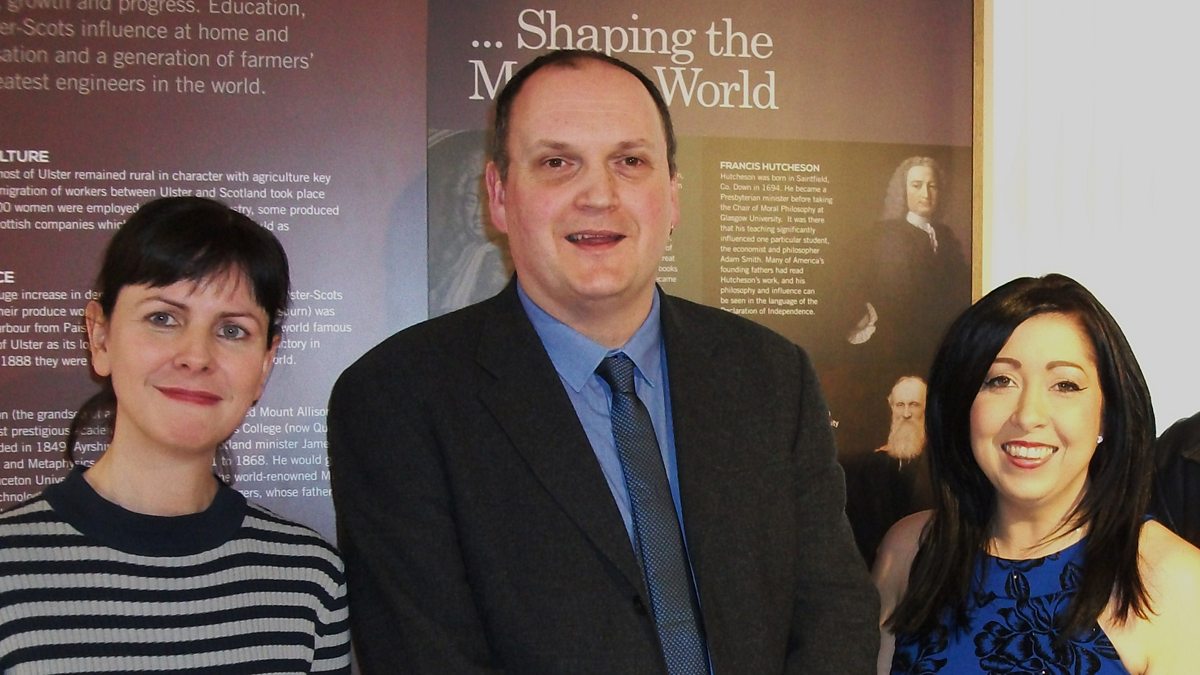 Uncover Ulster-Scots culture, history and language from around the country.

(seems to be a weekly thing).

I have such fun using it to deal with cold callers.

If I only had the courage …

The thing that got me interested in Welsh in the first place - Welsh songs like Suo Gan and Calon Lan. I also really like the more modern music like some of the stuff from Swnami and the rather irreverent Gwibdaith Hen Fran. I also think it’s cool that Welsh has been around for a longer time than modern English and that it has survived as well as it has. I love the way the language sounds too!

Well apart from obvious things like kids telly and cool words like 'cranc for crab". I suppose it would have to be able to listen to Welsh singing and knowing what they are singing about. I’m also enjoying seeing bilingual slogans and noting how different translations between Welsh and English end up. Oh and I’m looking forward to being able to listen meaningfully to Welsh commentary of the rugby, the ITV coverage is terrible.

Most fun to date was at a bootcamp, duetting with another bwtcampwr who may remain anonymous if he wishes

on the song Cân Yr Ysgol (inspired, I have to say by the then closing music of “Gwaith Cartref”).

I have to admit that Dafydd Iwan’s original was a lot better then ours:

I love “I bob un sydd ffyddlon” - It’s my favourite,

What is it about the Welsh language and learning Welsh that brings a smile to your face and makes your efforts worthwhile?

Maybe it couldn’t quite be classed as fun, but having access to an entirely new world of literature has been the most exciting thing that’s happened to me in a good few years. And the most satisfying? Helping colleagues find the English word for something they can only remember in Welsh. (Who knew that knowing the words cyntedd and allor would ever come in useful?!?)

(Hi Mererid, glad to hear the online teaching is thriving).

only Welsh and English

I have put something in the “Keeping more than one language alive” thread on this, well, mainly on the Scottish perspective. But I wanted to add to @seren that, apart from not needing a visa, I agree with all @seren’s points!