I’ve taken to watching a few episodes of Pobol y Cwm in the evening as part of leaning to speak Welsh. The problem is that I don’t know anything about the characters or show…other than that it’s set in a fictional Welsh town (I originally thought it was a real village).

Are there episode or series recaps online anywhere that I could look through to get a better sense of the show? I know it’s been going for 40 years so it’s not likely to find recaps for all of the episodes/series…but I’ll take what I can get.

Shwmae Cyd. The BBC page is a good place to start. They’ve only got very slim episode outlines, but the ‘Characters’ section is very useful for a bit of context and backstory. Not completely up to date though. 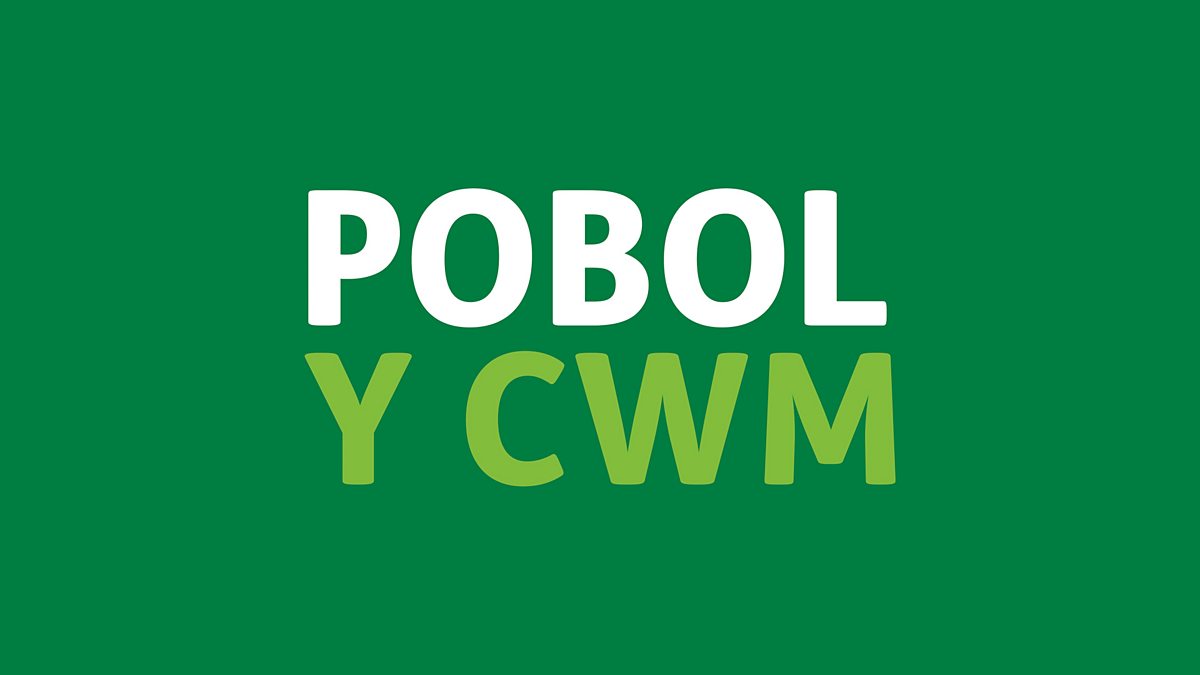 A daily briefing from our special correspondent based at the West Wales village of Cwmderi, in the Gwendraeth Valley, near Llanarthur and Cwrtmynach, between Carmarthen and Llanelli; the setting of the popular S4C Welsh language drama "Pobol y Cwm"

Diolch pawb! I will look these over before I watch again…

To be honest though, soaps are designed to attract new viewers and then hook them, so in a very short while, you will know more than you probably want to know about most of the regulars.

(I’m not knocking soaps though (at least not Welsh ones). I’m now a Rownd a Rownd addict, and am getting into Pobol a bit more these days as well. )

True that, Mike, but the context occasionally helps. I was shocked to learn Ffion and Jinx are cousins a few weeks ago, lol.

Cousins you say! Well I didn’t know that.

And I am only slowly untangling the relationships in Rownd a Rownd, e.g. Meical is Kay’s Brother, Glenda is Sophie’s mother, Wyn and Arwenna are siblings (I think), Arthur is Harri’s natural father, Dani is Michelle and Wyn’s daughter, etc.

Back to Pobol: I don’t think we’ve seen the last of Ed somehow. The last time I was watching regularly, there was a whole steroids thing going on around him, which I never quite got to the bottom of, but I had a gap in watching, so I missed the denouement of that storyline, and it seems to be water under the bridge now.

There’s piles about it on various news platforms at the moment as the 40th anniversary is coming up. Apparently there will be a partial recreation of Cwmderi at the Eisteddfod, hope it’s the tafarn.

@stuart: Cŵl! Will have to keep an eye out for that.

An article about the 40th anniversary celebrations (including the bit about Y Deri at the Eisteddfod) is here. Just found out that I share my birthday with Pobol y Cwm! Also found out that my old tutor from my MA has been artist-in-residence on the streets of Cwmderi too!

Does anyone know who this Kelly is that has just popped up in Pobol Y Cwm? It looks like she’s an ex of Jinx’s but how does she get to be related to Anita and Mike? It looks like there is going to be some squabbling over the inheritance before Mike is even in the grave!

But why, why, why have we been cut down to only 4 days a week of PyC? Why has S4C dropped the Wednesday night programme? Surely it’s one of the most successful series out - the longest running soap around!

how does she get to be related to Anita and Mike?

Can’t answer most of your questions, but didn’t she say “Auntie Anita” when she was hammering on their door last night? Hadn’t thought about the inheritance angle… oh dear, oh dear oh dear!

Similarly annoyed about the drop in the number of shows, but probably more annoyed that they only hang around on S4C Clic for a few days. I’m always missing an episode and wondering what happened in between… One minute Mike was fine and moving in with the lady from the cafe (forgotten her name), next thing I knew he was back with Anita and dying.

One minute Mike was fine and moving in with the lady from the cafe (forgotten her name), next thing I knew he was back with Anita and dying.

Debbie. Yes, very sad that - he kept saying there was something he wanted to say to her and poor Debbie thought he was going to propose. Instead he said he was breaking it off with her, but didn’t tell her why. She only found out later.

It’s funny with that Kelly though - I just see her as the art teacher from Gwaith/Cartref!

It’s just…very,very funny in parts at the moment, noswaith hyn eistedda yno ac yn chwerthin fy mhen I ffwrd…I ask you, Dai stuck upstairs after Eifion smashed a hole in the wall without putting up a prop…it reminded me of that episode in Fawlty Towers where the cowboy builder got hired. Mwynhau pobl…but why isn’t it on tomorrow?

@StuartStanton Due to budgetary cuts, the schedule has dropped from 5 episodes per week to 4 per week moving forward. I guess Wednesday is the off night? Oh, and I think there will be two weeks of no new episodes over the summer. Dwi mor drist amdani.

I’m very sad about the dropping of the Wednesday night slot. The only consolation is that the new programme Lan a Lawr is really quite good - worth a watch.

The only consolation is that the new programme Lan a Lawr is really quite good - worth a watch.

Thanks, Dee I had missed this. What a treat featuring - John Ogwen, Dewi Pws, Gweno Hodgkins (Vera in Gwlad Yr Astra Gwyn) and filmed in Gwynedd and the Gower as well…Gwych!!!
http://www.s4c.co.uk/clic/c_level2.shtml?series_id=515115969

I got the tip off at Merched y Wawr. I figured if the local first language Welsh speakers were recommending it, it had to be good, and I really enjoyed it.