I was quite nervous and excited before my first opportunity to use Welsh after starting SSiW last night. I went to a ‘tympath dawns’ a Welsh ceilidh, with all calls through the medium of Welsh, I’ve been to many ceilidhs so wasn’t so nervous about the dancing. I did at least learn my left (chwith) and right (lle)!
I was really impressed by my new abilities to understand spoken Welsh and my own ability to communicate, even if this meant saying things in unusual ways with my still limited vocabulary. However there were two issues:
Firstly talking with other learners, who are using different courses, who are using learning things in a different order, so much mental energy was used working out what we could say that would be understood.
Secondly talking with native speakers, here the issue seemed to be that native speakers have decades of experience speaking to learners and seem to have ideas about what learners learn first. They were asking me where I was born and about work, which makes sense, but I didn’t have the vocabulary for it (though such vocabulary was taught me way back when I was at school), this was where I had to be creative, 'When I was a baby… (O’n i’n babi pan, and using ‘cyn’ and ‘ar ol’ a lot!

this was where I had to be creative

Creativity is one of the most important parts of your early forays into using your new language, so that bodes extremely well - and taking the step of using your Welsh is hugely important

Secondly talking with native speakers, here the issue seemed to be that native speakers have decades of experience speaking to learners and seem to have ideas about what learners learn first.

My first native speaker just started talking to me using the short forms of verbs (he’s from the South and it seems that they are used there much more than the “Nes + subject + verb” form). It was frustrating but made me realize I can’t escape them, so I just sighed and started learning them.

As for the what is your name/where do you work/come from thing - these questions begin every language course. There’s no escaping them, in evening classes, that’s why the native speakers try to kindly ask them to every learner they meet:)
There is some vocabulary to answer such questions in the video lessons “Now you’re talking” available on youtube, they’re rather fun.

They were asking me where I was born and about work, which makes sense,

Honestly, these are questions used by practically every Welsh person I have met in 16 years, in English or Welsh. I think it must be part of the ‘How can I make a connection with this person?’ gene and is independent of the language. Where were you born, where do you live, where do you work? All ways to say

The village is famous because Barry John came from there.
When our… got married we used the shop to hire the wedding suits.
My cousins 2nd wife’s sister lived there 10 years ago. Do you know her?

Yes I have heard that there are some nationalities who, when meeting a fellow countryman far from home, will spend the first x minutes of the conversation establishing some sort of connection , however remote or unlikely and taking however long it takes.

I think it’s a memory thing, people want to associate some information with the person, to aid memory, to establish who they are.
I simply didn’t prepare for it. SSiW, unlike other courses doesn’t start by covering how to introduce yourself in this way. I didn’t know how to describe where I live, in terms of where it was near, which estate I live in etc.
Perhaps I have spent too long in England, where people seem to be less interested in where exactly you came from. I found it difficult as I have moved around a lot since leaving school and talking about where I grew up is something that happened a long time ago for me.

Yes, but it works the other way round, too. Once they find that you are learning their language their attitude can change. I have been told by many Welsh people where they were born, where they grew up, how long they have lived in their present home, etc. It is what matters to them and they will sometimes tell you all this in English. So it is not a language thing but they are taking the use of their language as an indicator. Then when they ask where you come from, where you live, how long you have been there and so on they are treating you as they do themselves.

It’s just what happens when they find that you are not the usual visitor who comes for a week or two and returns to England untouched. Just be glad that, in a small way, you have started to be accepted into Welsh culture.

To be honest, this is exactly what I grew up with in Mid Wales. It seemed incredibly important where you lived and how long you had lived there and whether or not you had family connections to the area (which I do, but in the adjoining area!). It really isn’t that important and this really annoyed me when I was growing up. It is kind of understandable in such a rural area that people want to know what their connection is with you, whether you went to school with a member of their extended family, whether you are actually ‘local’ or how long (generations) you have been a local etc, though it does make a good icebreaker if you know the vocab!

Where you come from and who your family is are pretty much the first and most important questions asked in Welsh communities, in English language or in Welsh. It’s how society works, defining you to a far greater extent than what your job us or where you live now

It Is the sign of close knit societies - something which people can sometimes envy if they don’t come from one, or sometimes want to flee if they do

Or sometimes, as is certainly the case with me, be glad of fleeing and miss in equal measure

People sometimes seek the anonymity of big cities to get away from that feeling that everyone around them knows their business and their family’s business going back generations. I can see both sides of that situation.

On a slightly different aspect of relating to people ,I once read a nice book about an English expat in a small French community (bit like "A Year in Provence"but by a less egotistical author). He was a writer, but because the product of his labours was largely invisible , the locals didnt quite know how to take him. He eventually solved this by taking on the voluntary unpaid job of winding up a central public clock.

Eh voila! He was now “the man who winds the clock” and everyone was happy.

I wasn’t expecting this thread to go where it has.

Or sometimes, as is certainly the case with me, be glad of fleeing and miss in equal measure

Exactly, having done the fleeing and returning I came to understand the point of, and the value of geographic communities and they are part of who I am and I do now have more mixed feelings about them and can see both the advantages and disadvantages. What I in turn despise about cities, is that there is are no ‘local’ pubs, where you get a mix of young and old,rather the pubs tend to appeal to a specific demographic, really I don’t want want to socialise only with people who are like me thank you.
Nonetheless, it still can irk me a little sometimes, and I do miss anonymity sometimes. It isn’t quite the same nowadays, we really did not lock doors on houses or cars when I was growing up. I do now have a ‘city’ mentality of ‘if something isn’t welded to the ground, don’t expect it to be there when you come back.’, I lost so many coats in my first years in cities (I did go from Mid Wales to Hackney(London) and Manchester, I don’t do things by half measures!), now people look at me strangely when I take anything of value out of the car when I park.

there is are no ‘local’ pubs, where you get a mix of young and old,rather the pubs tend to appeal to a specific demographic

That can work in other ways, though. The Mochyn Du in Cardiff is a good example of that - the specific demographic there is often ‘Welsh speaker’

And I’ve found in our particular suburb of Cardiff, there is much more in the way of ‘local’, mixed pubs (or bars in arts centres, in the case of Chapter) than you would find in the city centre.

But I do take your point - I certainly don’t want to exist in a ‘middle-class, middle-aged, white’ bubble. 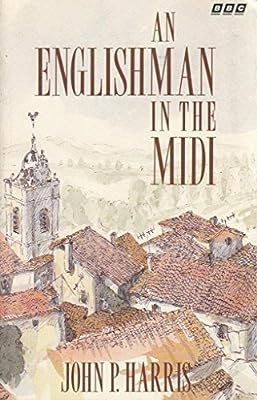 An Englishman in the Midi

But I do take your point - I certainly don’t want to exist in a ‘middle-class, middle-aged, white’ bubble.

Indeed, I even catch myself thinking ‘it’s a bit white around here’ sometimes (being white myself). Did I hear that ‘Chapter’ was closing down?

I hope not! Last I heard, it had a grant for expansion…

(It is entirely possible that I haven’t been paying enough attention. But it’s usually pretty busy whenever we go - day or evening, weekday or weekend.)

Nice to meet you at Arvon ales and the Twmpath. Having done similar to you and started my learning with SSIW and then going on to classes I can get what you mean about knowledge of vocabulary and the considered normal order. I went to a SSIW birthday party and there was lots of wedi which was in the lesson after the one I was on. In my mynediad course we have just done wedi in unit 28 of 30.

Generally people want to know where you were born, even though it was almost accident I was born there. I’ve given people a potted history of, I was born here, I moved when I was 2, then 9 then 18 then 22, then 23 then… etc. At the end I ask…“And where do you think I come from”

Although sometimes the question is to ascertain where my accent comes from.

It was nice to meet you too. The question of where you are from more complicated if you move a lot. Traditionally, it was simpler when people tended to live near their families in the same area.

I would say you come from where you grow up, where you consider ‘home’ to be.
I was born in Bristol, and lived there until I was five. Then we moved to Mid Wales, partly to be nearer my widowed grandmother. So I say I come from Mid-Wales because it’s where I grew up, though I was born in Bristol. Really, almost all my childhood memories of Bristol are of the house where we lived rather than the city.
Family is also perhaps an influence, some people consider themselves as coming from Britain, even though they have lived most of their childhood in India. For me, three of my grandparents were Welsh, but most of my extended family grew up in England. so whilst I am a little ‘confused’ I feel I am definitely Welsh!

My Grandad was born in Aberdare he lived there until he was about 6 and then lived in England but he was a proud Welshman through and through. Part of reason for my question is a lot of Welsh children are born at Hereford hospital and also I was born in South Africa and lived there until I was 2 before moving to England and then I’ve been in Wales for 8 years now. I consider myself 3/8th Welsh on a great grandparent level.