I’m a big fan of sea salt, but only found out about this stuff today.

Seems to be highly thought of and used by top chefs etc.

I’ll probably buy some anyway, but just wondered if people here had bought it and liked it.

(OK bois, you can send the cheque now )

Use it all the time!

Just happened to find this at random on the web:

The Celtic word for salt, “hall” has the same roots as the German word heilig meaning “holy” which also comes from the word heil meaning “whole,” Further, hall also signifies sound (German schall). The schall is a sound with a long hall, which means echo or reverberation in German, involving vibration. If we knew of these correlations today, we would be asking our neighbor at the table to “Please pass me some vibration,” rather than “Please pass me some salt.” We have to ask, “Were the Celts conscious of the fact that salt contained all the frequency patterns of the elements?” And, that “hall” was the basic vibration for “heil” (German “health”)/ “wholesomeness”? They definitely knew how to cure illnesses and rebalance the energy deficit in the body through “hall,” their salt. From an energetic, as well as from the biophysical point of view, an energy deficit can be balanced with salt, regardless of the missing frequency pattern, or the missing information/energy/life-force. Pure crystal salt is still geologically defined as “halite,” in which we can recognize the Celtic words “hall” for salt and “lit” for light. Loosely translated, crystal salt or halite means, light vibration.

Throughout Europe, the salt routes over which the white gold was transported emerged. The names of many German cities bear testimony to this time, with such names as: Salzgitter, Salzburg or Bad Salzuflen for instance. Also, names including the word “hall,” the Celtic word for salt, emerged, with city names like Bad Reichenhall, Friedrichshall and Hallein, indicating salt deposits at these locations.

I for one am no longer shocked at the amount of groundless nonsense available at random on the web.

rebalance the energy deficit in the body

I’ve been using it for quite some time to make sauerkraut! It is perfect!

Does it rebalance the energy deficit in your body?

BTW, last time we took a camping holiday in Món, we did the factory tour (it’s not really a factory, more of a very small chemical plant right by the Sea Zoo) and it was interesting. The staff were more than happy to chat in Welsh, of course. You can also buy over-priced gift sets of different flavoured salts there. Seemed rude not to at the time. Can’t remember what they ultimately got used for. I also can’t remember them significantly replacing any missing information/energy/life-force, either.

I get it via the net and have for years. It may interest any fellow Jack-exiles that I also get laverbread from Halen Mon!

Maybe they should do some product placement on RaR:

Glenda: Oh Iris bach, did you realise we’re right out of salt?

Iris: "Oh, dim problem del. I’ll get our Jason to pop up to Brynsiencyn and get some of that posh salt. Bit pricey mind, but it’s reali neis.

Iris: “Oh there’s Dyfan outside with his car…he’ll go iawn siwr…he’s such a neis boi isn’t he…?”

I for one am no longer shocked at the amount of groundless nonsense available at random on the web.

mikeellwood:
rebalance the energy deficit in the body

Yes, I thought I might be called to account for that bit of what my son would probably call “Hippy Dippy ----”. I should just make it clear that it didn’t come from the Halen Môn website. The website I did find the quoted text on did indeed lean a bit towards the New Agey region of the spectrum, which is why I deliberately didn’t cite a URL.

Nevertheless, I thought the linguistic part of the quote was interesting, even if it might not meet with the approval of etymological purists.

Ah, this thread could sort the Halophiles from the Halophobes.

I gess in the past sea salt was beneficial to some because of trace elements like iodine.

Hope you don’t think my scepticism was directed at you personally, Mike! I realised it was a straight copy-paste job from, shall we say, a less academically rigorous source.

Don’t know about the energy deficit, but it does have some strange effects on intestinal fortitude

Hope you don’t think my scepticism was directed at you personally, Mike!

I alternate between scepticism and gullibility sometimes

but recently I have been reading an interesting book by Frank Close (a physicist who popularises science on TV, in books and elsewhere) about the “Cold Fusion” fiasco of around 1989 or so, when people who should have known better got over-enthusiastic and should have been more healthily sceptical than they were. Any physicist or chemists in the congregation may well remember this episode (I worked next door to Harwell at the time, and they (among many others) were busy checking it out (and proved pretty much conclusively that it was a dud). So reading that has sharpened my sense of scepticism a bit.

(Close has recently written another interesting book (“Half Life”) about Bruno Pontecorvo, who famously defected to the USSR not many weeks after Klaus Fuchs had been arrested for passing atomic secrets to the USSR. It’s not clear whether he did any actual spying, but he certainly took a lot of useful knowledge with him).

Ah, this thread could sort the Halophiles from the Halophobes.

I gess in the past sea salt was beneficial to some because of trace elements like iodine.

And many other trace elements. Supposedly, sea salt (and Himalayan salt which is also supposed to have once been laid down by the sea) contains all the trace elements or minerals that we need in our bodies, perhaps because we once evolved from sea creatures. Well, arguably: 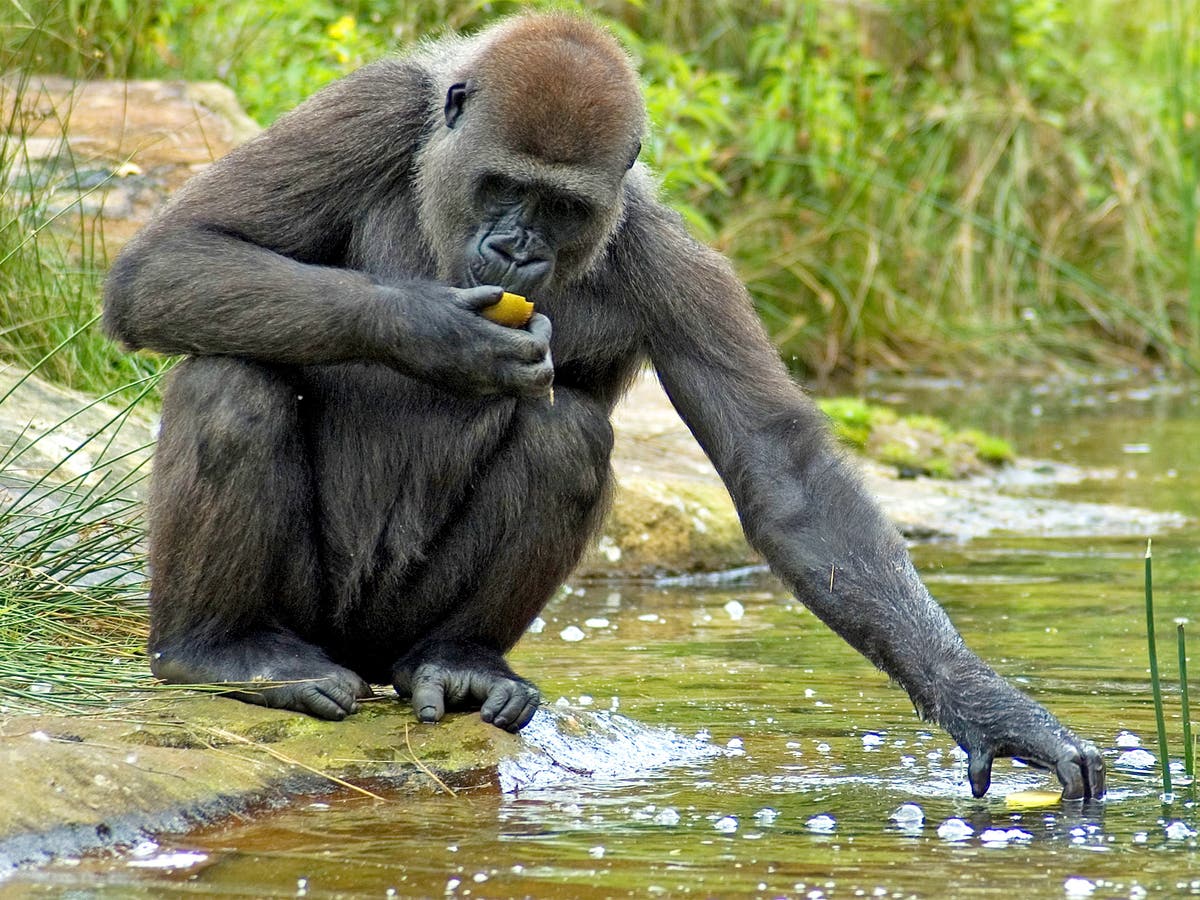 Did humans come from the seas instead of the trees? Much-derided

A chemistry teacher of mine, some 40-odd years ago, opined that the reason humans need sodium chloride is that that’s the largest component of sea-water minerals, and that if sea water had been mostly potassium chloride, then that’s what we would sprinkle on our chips. Whether that’s true or not (and we need potassium as well as sodium anyway) that must have been the current thinking at that time.

Let’s also not forget how important salt was for preserving meat from the slaughter month (origin of the name Tachwedd, of course) until the growth of feed plants began again in spring.

I knew his brother, an absolutely sweet and very clever man, who suffered a lot because Bruno went. ‘Our’ Ponte didn’t think B was a spy.
I well remember the ‘cold fusion’ business. I was never sure if this was a scam or an example of wishful thinking! I knew a number of scientists who convinced themselves of some theory or other and then were so sure they were right that they only accepted experimental results which fitted!! Once, a friend and I spent ages repeating and repeating work and finally put in a paper that we were sorry we couldn’t repeat this chap’s work, only to be sent a letter saying, “Oh, nobody believes anything he writes, just say you couldn’t repeat it, don’t bother with all the data to prove that!” We were horrified that some one could have a reputation like that. We were also naive!! Stealing other people’s work was also fairly common!!

Iodine is also found in good amounts in laverweed!! It meant that the laver bread eaters of Swansea were a critical group for ensuring that not too much radioactive iodine entered the environment!!! Researchers asked questions like “How much do you eat?” They reported the results and it was clear that most of those questioned in Swansea market reacted: “Stupid English official with a clipboard, I bet he’ll believe anything!” (They were right!")

I knew his brother, an absolutely sweet and very clever man, who suffered a lot because Bruno went. ‘Our’ Ponte didn’t think B was a spy.

Gosh! Which brother was that? (He had a few, I think). Yes, I think the book says that one brother in Britain had a bit of a hard time. (Did he have to change his name?). Bruno’s wife seems to have suffered a lot in the USSR, although Bruno himself seemed to enjoy it well enough, although much later, seems to have regretted his action. However, there seems to have been a real fear that people like him might have been extradited to the USA and executed (as happened to the Rosenbergs). Fuchs and Nunn May were “lucky” to only end up in prison

Cold fusion etc: I think “falling in love with” your pet theory is not that uncommon. Then you start looking for evidence to prove it, and end up ignoring (maybe subconsciously) evidence against it. In the case of Pons and Fleischmann, I think they were pushed along by the Univ. of Utah who saw big bucks coming their way. I think Steven Jones (the “rival” from the Brigham Young university, also in Utah) behaved somewhat more scientifically, although I don’t think he was entirely without fault either.

Which brother was that?

I’m fairly sure he was Guido, but we all called him Ponte (pronounced Ponti)! Well, a lot of people called him Professor Pontecorvo, to be honest!! He liked to travel, went to the Himalayas, had a brilliant theory about bees’ vision in the UV, all while well past retirement age!! He had a lab to potter about in, because not working was his idea of hell!! He really was one of the nicest men I ever met and quite happy to chat and exchange opinions with someone much more junior and younger, like me!! He studied ticks in his younger days and fed them on his arms!! He told a story about a train journey and the looks he got when it was feeding time!!

I’ve been using it for quite some time to make sauerkraut! It is perfect!

Now that caught my eye. Louis! I’m a sauerkraut / choucroute fanatic. Do you bury your sauerkraut for a year? If not, can you share your recipe?

Hi Huw, no, I make mine in 4 weeks! I am off for 3-4 weeks travelling around SE Asia, but will post my procedure as soon as I am back. The ingredients are easy: fresh cabbage (which naturally contains the various species of lactobacillus required), pure water, Halen Mon

, dill and mustard seeds, and a container wirh an air lock to ensure an anaerobic environment