The Guardian normally falls over itself to be politically correct, but I sense they didn’t know how to pitch this story and still keep its right-on readership on board.

However, I think it’s not too hard to see where the sympathies of the journalist(s) lie.

Laziness. The Guardian has already had to apologise for quoting Save the Children out of context. I hope someone learns a lesson over this. 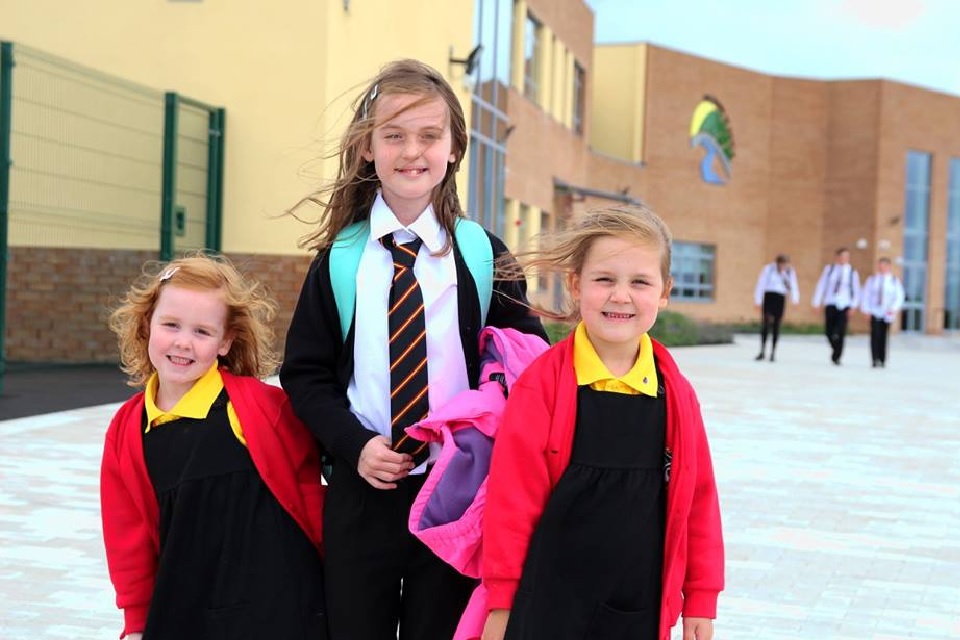 Ignore the Guardian: A bilingual education is best for our children

Ifan Morgan Jones The Guardian newspaper today has a story suggesting that children in Wales will be disadvantaged by a Welsh-only education. The story itself is complete rubbish, as I’ll explain. …

Bit of a suprise that any sort of article appeared - most of the time The Guardian seems to ignore competely matters to do with Wales, or that’s my impression anyway 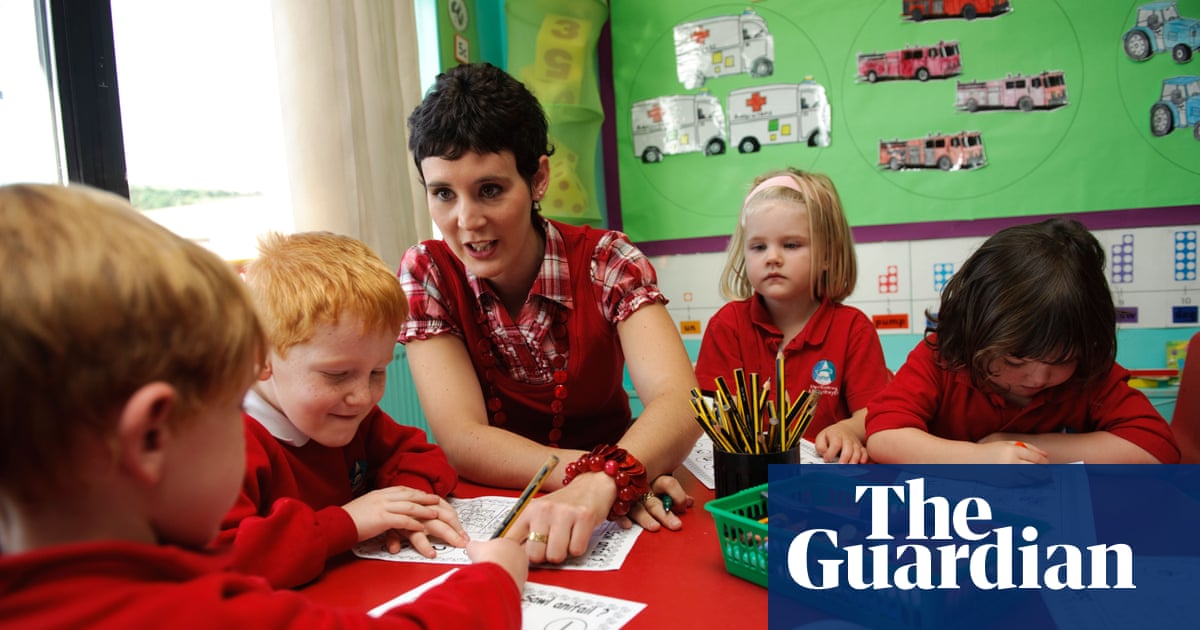 Letters: More than half the world’s population is bilingual – it is the norm, write Ffred Ffransis and Elen Huws

Bilingualism: here’s my brief take on the subject.
I moved from England to Israel, where multilingualism is almost the norm. Here, we have immigrants from all over the world sending their kids to schools that are run exclusively in Hebrew. Any problem for the children? Practically never. At that age we’re like sponges. We really can learn a new language quickly when we’re young if we’re thrown in at the deep end.
A standing joke in Israel is that the immigrant parents learn Hebrew from their children, and there’s more than a bit of truth to it.
Wales is of course a different country with a different history, culture, etc. So I can only look at this debate as an outsider. But when it comes to English-speaking parents living in Wales sending their kids to Welsh-language schools, my gut feelings say Go for it.
I’m quite open-minded on the matter and I’d be most interested to hear other opinions.

A bit confused - is it about the right to be taught in either language, or the advantage of being taught in one language over the other? Chances are that if English is chosen, Welsh will never be learnt, and that would be a great shame.

I’m just glad they got challenged on it this time. It’s a months old story which got really bitter at the time, had all sorts of politicial dirty dealings going on among the campaigners, and some very unsavoury elements. (Google it’s it’s far too ill tempered for me to want to put more detail about it on SSIW!)

But that article reads like one of those dirty dealers has dragged the story out again and pushed it off onto some ignorant journo at the Guardian who’s taken it at face value.

I’m just glad they been called out out it this time. Twitter savaged them and several other news outlets took it up. Which is mildly ridiculous because half of them carried the original story too - the press has a short memory…

I noticed no mention by the Guardian in that original story of the initial classes give to incoming momoglot English children to gently ease them into Welsh medium school! I have mentioned often on the Forum, an old friend whose first exposure to a new language, of which he knew nothing, was an alphabet chart on the classroom wall, showing, among other things, a picture of a chicken marked ‘hen’.His mam must have taught him his letters already, or he would not have been confused! It stuck in his mind and he told me about it in about 1964 when we met. His generation of monoglot Welsh speakers managed to survive English medium education with no gentle introduction!

I hadn’t even looked at the comments below the article that I posted the link to, when I posted the link here. If I had done, I might not have posted it. It has clearly aroused strong feelings in both directions.

I agree it’s lazy journalism, and also only really presents one side. The unfortunate thing is that the Guardian is widely read among people in the world of education, and I can see that possibly otherwise open-minded people who don’t happen to be well up in the subject may (perhaps subconsciously) now have taken away the message “Welsh-medium education - bad”.

Looking at who the co-writer of the article was, I’m not surprised.

Many, many English speakers think they are left-wing, enlightened superheros but when it comes to Wales, that’s where they channel a lot of their deep-seated insecurities or superiority complex through belittlement or abuse. I don’t disregard some people’s concerns about Welsh language education, but I’m tired of Wales and the Welsh language being used as a pinata on which they can vent their frustrations.

If I had done, I might not have posted it. It has clearly aroused strong feelings in both directions.

Yes, it’s important we don’t lose forum tone over this. It’s very tricky to focus on negative stuff and maintain the friendly and positive attitude which is so important to this community.

My feelings on this are well known to anyone who follows me on Twitter! So I won’t go too far into it.

But it’s worth pointing out for people who may not necessarily have come from Wales. For people of my sort of age and background (35, South Wales, went to an English medium primary and secondary school) - the standards of Welsh teaching in the English streams were incredibly poor. Ages 7-11 Welsh would be taught by your run of the mill Primary School teacher who had done an inset day’s worth of Welsh.

Ages 11 to 14, would be your very very basic “tourist” Welsh. i.e learning to ask for things in shops. By the time I was 18, all of this Welsh had gone and all I could remember was “Thanks”, “Hello” and “Good Morning Year 8, I am Mrs. Price. Sit down!” (forever imprinted on the brain that one!)

Welsh was never compulsory after the age of 14 - and unfortunately for me, it fell in the same option group at GCSE as IT (My lifelong dream was to work in IT, so Welsh unfortunately - like History had to go).

My understanding now is that kids have to study Welsh GCSE until the age of 16 now, but in areas like South Wales, the teaching of Second Language Welsh is poor to terrible.

I’m gutted - I would’ve loved to have gone to a Welsh medium school when I was little - but there just wasn’t one near me.

Likewise - I can’t see the fuss made by this article’s writer. Welsh schools offer the same education, only with the guarantee of coming out of the other end bilingual!

My understanding now is that kids have to study Welsh GCSE until the age of 16 now, but in areas like South Wales, the teaching of Second Language Welsh is poor to terrible.

Within the last 9 months I’ve met a 16 year old, post GCSE student who told me that she couldn’t speak Welsh and that her GCSE was in fact a half GCSE. This was someone who had lived all her life in Sir Benfro but plainly not gone through much Welsh medium education.

Sadly I think all teaching of ‘second languages’ could probably do with a kick up the bum.

It seems that teaching kids how to pass an exam prevails over teaching them how to genuinely converse in a language.

My wife studied and passed GCSE Second Language Welsh hut couldn’t speak a word of it until starting SSIW.

I failed GCSE French with a D but I’m now fluent in the language.

Yes, it’s important we don’t lose forum tone over this. It’s very tricky to focus on negative stuff and maintain the friendly and positive attitude which is so important to this community.

I didn’t mean it had aroused strong feelings in this forum Aran. The comments here have been measured and balanced as usual. I meant in the wider community and specifically in the Guardian’s own comment section, underneath the online article.

Everyone on the Forum, by definition, approves of learning Welsh and speaking it. Some reading the Guardian on line, may be extremely against for some unknown reason. The difference will clearly lead to more extreme reactions on the Guardian site! I would be very surprised if your posting on this subject led to a change in Forum tone.

Oh joy! Well done Guardian! Diolch @leiafee! I only get the Guardian Weekly delivered, so miss a lot!

I didn’t mean it had aroused strong feelings in this forum Aran. The comments here have been measured and balanced as usual.

I wasn’t condemning you for posting it, Mike - I was noticing that the responses were becoming gradually more heated, and when that happens, I’ve found it can help avoid problems if I post a reminder about the nature of discussion on this forum…