A friend of mine has just published a novel - “A Welsh Dawn”, and the launch is on 18th July as part of the Gŵyl Arall festival in Caernarfon, and on 15th September in the Pierhead building, Cardiff Bay.

Author Gareth Thomas says: “The backbone of the book is my attempt to recreate the political landscape of 1950s Wales: the conflicts between Huw T Edwards and Henry Brooke, the campaign of the Unemployed Movement of Dyffryn Nantlle, the meetings of the Council for Wales and the turmoil surrounding the drowning of Capel Celyn. I have been fortunate in gaining access to unpublished papers and recordings as well as some first hand accounts. Dafydd Wigley, Dr Alwyn Roberts and Bryn Fôn have read and advised during the drafting.”

More information on the book is available at www.awelshdawn.co.uk. If anyone fancies going to either of the book launches, let me know your email address and I’ll pass it on to Gareth so you get an invite.

Very Exciting. This is a period of Welsh history that we should all know about. I went to Y Lolfa and found the book but not acknowledged for shipping so I went to Amazon Y Lolfa with success. The shipping (to Canada) doubled the cost of the book, But I DON’T CARE-I HAVE TO HAVE IT. I WILL TELL ALL WHEN I HAVE READ IT.
June (persimmon)

Gareth says thank you very much for alerting him to the shipping problem. He’s spoken to Y Lolfa and the information has been amended on the website www.awelshdawn.co.uk

I’d be interested to hear a little more about your friend, the author since Gareth Thomas is about as unique as my name (Huw Jones).

Wel, that was an experience.
I tried buying a copy direct from Y Lolfa website but the link to add the book to the basket doesn’t work. I phoned them and a very patient young lady was informed of the fault and dealt with the transaction wholly in Welsh. A delight to deal with. Looking forward to education about my own period of history. Thanks Arionrhod for bringing this to our notice. The number for Y Lolfa is 01970 832 304

Huw: Here’s what Gareth has put about himself. “Gareth Thomas was born in 1948 to Rhondda parents. Educated in Rhyl, Caernarfon, Newport, Cardiff and London, he studied drama and has worked as an actor, teacher, writer and director. At the age of 50, living in England and frustrated by the loss of his own Welsh connections, he set about learning the language. In 2011 he moved back to Wales with his beautiful Polish wife, Ewa. They have two children, Geraint and Maria.”

Mark: Thanks for that information, which I’ve passed on to Gareth.

Diolch, Arianrhod
I’m looking forward to reading his perspective when I’ve finished reading another couple of books with Welsh connections promoted on this forum.

It certainly is a fascinating and underdeveloped (in terms of books, drama etc) period. My own upcoming work ‘Cymanfa Ganu 1958’ deals with that year in particular, it is factual…Wales at the World cup, the Commonwealth Games, Robeson and Bevan in Ebbw Vale.

Amazon threatened to take anything up to two months(July-August) to deliver this wonderful book, but it came in ten days so don’t despair.
I am half way through and only stopped when my eyes failed to function! The story is built around a group of people with varying attitudes to their own lives and to the Welsh language. The writer weaves the history of the period into the lives of the fictional characters with unfailing clarity and excitement. Must get on -I’m aching to know how it all works out.

Overseas buyers should be aware that the postage costs as much as the book, leading me to wonder why the post offices of the world and the book industry don’t get together and make a deal. Both claim to be struggling in the face of the internet. There was a time when books and newspapers had a special lower rate. However-A Welsh Dawn is well worth it. And you can always pass it on.
The cast of fictional characters blend well with the real political and national voices of the period, The post war years were turbulent everywhere-none more so than in Wales- with many examples of a people voting against their own best interests. But still the basis for the next forty years of political progress.

Glad you enjoyed it, June. It looks as though it will be available in the US, as the distributor is listed as Dufour Editions, but not until the autumn. See www.awelshdawn.co.uk

Any chance of it appearing in Welsh?

Did anyone see yesterday’s Daily Post Wales (2nd July)? There was a good piece about Gareth’s book by Angharad Tomos, the Welsh language activist and author. Unfortunately the newspaper is not available online, but in her column Tomos praised this new slant on the Welsh politics of the fifties. Three things struck her. First, set in her own North Wales area of Dyffryn Nantlle, it is about the politics of the Welsh Labour Party not the usual Plaid Cymru. Second, it looks at language issues from the viewpoint of someone ‘di-Gymraeg’, a Welsh lad who speaks no Welsh. And third – the book is in English, about which she says, “Efallai nad yw’n ddrwg o beth iddi gael ei sgwennu yn Saesneg”.

How sad if that means she’s all too aware of the tiny audience for Welsh language prose, and a depressing comment on her own life’s much praised work in and for the Welsh language.

P.S. I’ve now got a link to the article: scroll down to find it. 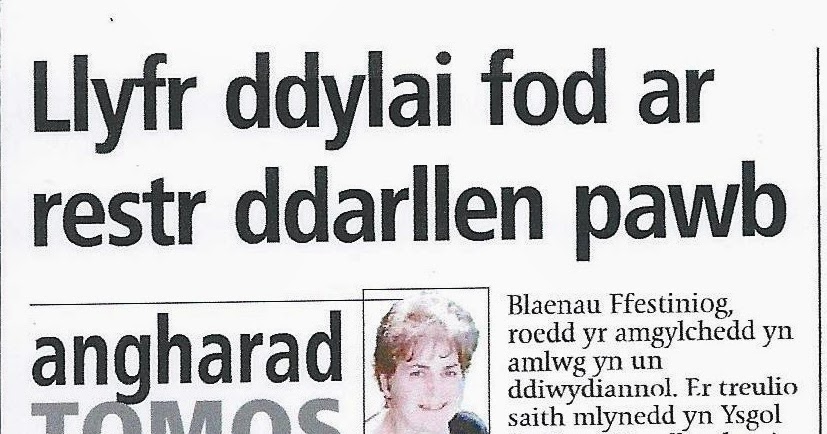 Thanks for that, Arianrhod!
Reading about Cwm Dyffryn Nantlle always grabs my attention. Thus, I was pleased to see that, Angharad mentions her dream that one day in the future, Siôp Griffiths, wiil re-open -
The shop was a traditional, famous, hardware store like an Aladdin’s cave…
http://news.bbc.co.uk/local/northwestwales/hi/people_and_places/history/newsid_9225000/9225707.stm
Like her I knew nothing at all about the history that the books based on: the Unemployment Movement of Dyffryn Nantlle.
Diolch!

Amazon asked me for a review which I gladly gave. It was the first and only review so far. I gave it five stars. Every little helps

Thanks, June. You’re the star!

That little square was meant to be a Star Dragon Smiley, but it seems Aran is the only one able to post them these days. Headmaster’s privilege neu beth? Cue Dragon ‘Beth?’ smiley.

Sut yn y byd??? You’re in the loop m’boy, and I am running sadly far behind the wagon. I used the search box for ‘dragon smiley’ and followed some instructions… yes, the ones, indeed, that showed a little box resulted - true, a bit like trying to get the fireworks to impress on a wet November night.

So where are the instructions? Not, surely as easy as typing :seren

Sigh. some people have it, and … still running behind.