Any Welsh TV shows (or radio, etc.) you like to watch/listen to?

Hello everyone! Nos da to you from all the way over here in California. I’ve just finished lesson 18 and I’m pretty excited to be toward the end of Course 1! I find myself eager to listen to more Welsh “in the wild,” as it were, even though I probably won’t understand most of it still. Maybe children’s TV shows would be easier, but really anything would be fun, just to get the hang of how the language sounds.

Do any of you have shows you enjoy, or find good for learning?

(Also, as a slightly related side note–I’ve been watching Torchwood, and I’m really curious about Gwen Cooper’s accent, if any of you have also watched it. I’m wondering where it sounds like she’s from. Is that a northern accent, a southern one? I just think it sounds nice!)

I’ve just finished lesson 18 and I’m pretty excited to be toward the end of Course 1!

Many congratulations - that’s a huge achievement, and you’re building a terrific foundation for the most important parts of the language

We have a few Torchwood fans around the place, so I’m sure someone will be able to help soon. 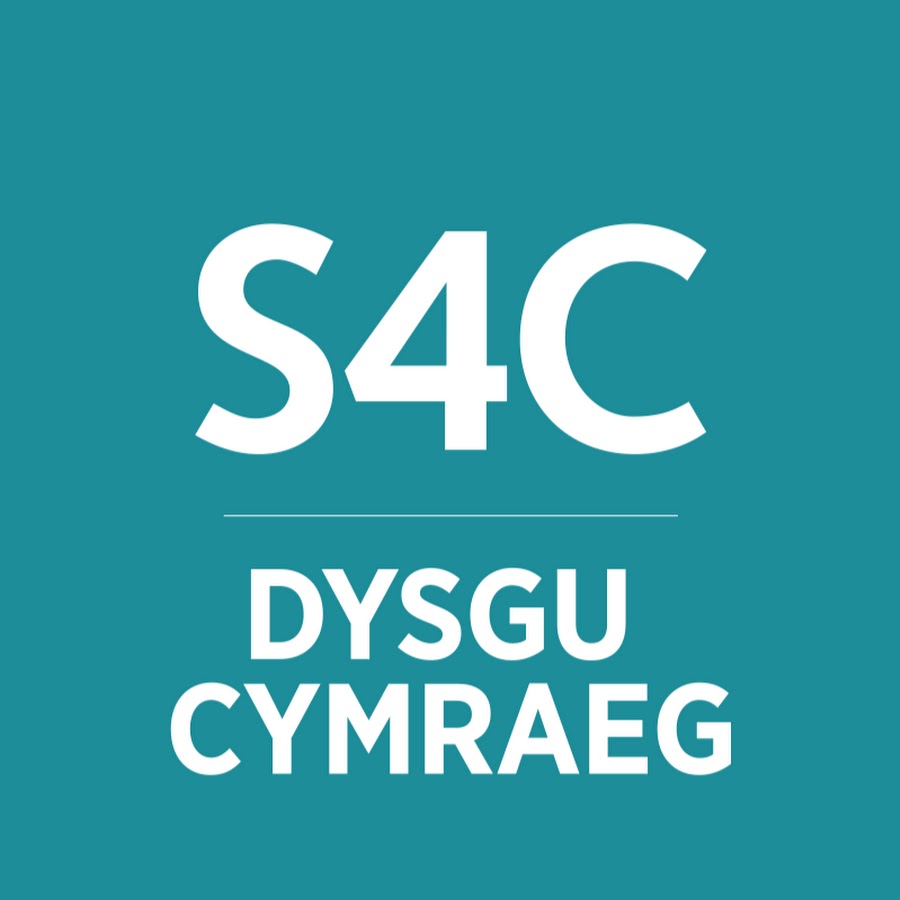 Dysgu Cymraeg? Learning Welsh? (Subscribe to get all our videos!) ——— Hwb is S4C's service for Welsh learners — every Sunday on S4C, or 24/7 on YouTube! Gwas...

(Also, as a slightly related side note–I’ve been watching Torchwood, and I’m really curious about Gwen Cooper’s accent, if any of you have also watched it. I’m wondering where it sounds like she’s from. Is that a northern accent, a southern one? I just think it sounds nice!)

She’s from Ystradgynlais in upper Cwm Tawe, so very southern and a bit western.

very southern and a bit western.

Thanks for that youtube link, @aran! It looks great.

You can watch Dal Ati in S4c, the Welsh TV. All programmes that are “rhyngwladol” (international) can be watched even outside UK.
http://www.s4c.cymru/clic/c_index.shtml

The interesting bit is that on Dal Ati app I can’t get anything to watch. Whatever I pick is geo restricted so I find the app prety useless right now (I’m talking about android app, to make things clear).

Tryweryn
Did anyone see the program last night on BBC 1 Wales? I was wondering why lads from Gwent were the first to take direct action and then I remembered an unfortunate girl who came to my school when I was quite young and said she same from Monmouthshire. “Oh!” everyone cried, “You aren’t really Welsh then, that’s in England!”
Yes, folks, officially it was until the Empire Games 1958 (I think 58) when the Queen ‘declared in to be part of Wales’!!! By then, we’d moved house and I’d lost touch, but we stopped teasing the poor girl pretty soon and agreed she was ‘proper Welsh’. it was the English who were wrong!
If those two lads had heard, ‘not proper Welsh’ like that over and over when they were growing up, I can see why they decided to show they cared about their country being treated properly!!

Yes I enjoyed the program. It was good to be reminded about what had happened. I was too young at the time to fully appreciate events, but it certainly was a game changer in terms of politics in Wales. Gareth Thomas’ book a Welsh Dawn is very good in describing the detail and emotions of the time. Well worth a read if anyone is interested.
Anne

Diolch! I’ll look for it on Amazon!!

Monmouthshire/Gwent has always been in Wales. For some reason it was put into the Oxford legal circuit and that is why people thought that it was in England.

There was a late night sitting in parliament which officially removed the name Wales and Monmouthshire and thus put Monmouthshire into Wales.

Welsh was the spoken language of the county a few centuries ago. Gwenhwyseg is the welsh dialect of Monmouthshire, parts of glamorgan and Brecon. A lot of very old Welsh literature was written using Gwenhwseg.

There will be a talk entitled Gwenhwyseg, the Welsh dialect of Monmouthshire on 10th November in the Chepstow library. Entrance is £5.00 with all proceeds going to the National Eisteddfod.

Interesting @llanddinol . What language will the talk be in?

There is a program in Cymraeg about the three lads who used an explosion as a protest at Tryweryn. It’s called ‘Tri Tryweryn’ and its on S4C Clic here. I don’t know about other countries.

Monmouthshire/Gwent has always been in Wales. For some reason it was put into the Oxford legal circuit and that is why people thought that it was in England.

Sorry! You are, of course, right.
However, because the mistake was so widespread, kids like the one I knew didn’t know enough to contradict the ‘not proper Welsh’ tag!!
If it had not been a virtually universal mistake, HM wouldn’t have bothered to mention it at the Empire Games, surely???
It was that announcement that made me think there must have been some truth involved and the English weren’t averse to grabbing whatever they fancied!! (Gower for example! - though that was a Norman French king).

I lived in Gloucester (Caerloyw) until I was nearly 12, and of course it’s not that far from Wales, but I was never totally sure whether Monmouth/ Monmouthshire was in England or Wales. My Dad occasionally had to work in Chepstow on relief for people off sick/on holiday, and until recently, I’d always been under the incorrect assumption that it was in England.

I got this and am reading it… unfortunately, it’s arrival coincided with Cwpan Rygbi, so I’ve only just started really. I was in the year before o’levels in ‘57, so fairly oblivious to anything in y gogledd!! I remember realising Suez was historic. I thought it was the first really historic event I’d remember… I was born in Oct ‘41, so the War just was!! The king’s death & the coronation were what happened in monarchies, not interesting like Edward VIII running off with his divorcee!!
The bit about the Nigerian chap rang a bell!! I was just like him, although one reason I didn’t get to Cambridge was that nobody knew what to teach me in the 3rd Year sixth at a Girls’ Grammar.
I was studying Chemistry not arts subjects like all the others!! (I never thought to ask if I could go to the Boys’ School… but my Head would have vetoed it anyway!!!).
However, I do not think the Nigerian would have got to Bangor via clearing!! I found an obscure London College to put as last choice on my forms as they were so obscure they were grateful for any science students with halfway decent A-levels!! I don’t think clearing was invented until '61+.
I can sympathise with so much in the book… the attitudes I remember!! Ifan & Bryn’s mother is exactly like mine was!! Tom isn’t like my Dad. He wanted me to do anything except teach… he had a poor opinion of ‘school marms’!!!
I now really understand how Liverpool got away with it! I was looking back with the Investiture protests and S4C etc… all in my memory and forgetting what it was like in my innocent mid-teens!!

Glad you are enjoying the book. Gareth is one of our Bore Coffi group here in Cowbridge so we are keen to support him, especially as he is now fluent and helps us a lot. ( Gwylim in the book is him really )
Like you I wasn’t old enough to appreciate what was going on with Trewerin at the time but became more aware of Welsh politics in my teens with Dafydd Iwan and Tebot Piws! Learning about the politics through Gareth’ s book was fascinating to me.
Although brought up in Llanelli , as in the book , my parents thought that English was the way to get on in the world and it has taken me until now after many stop/start attempts to be able to hold a conversation in Welsh ( albeit with mistakes galore). Largely thanks to SSIW which has given me so much more confidence.

Hanging cliffs and new programs!
I am getting quite cross with series that end with me saying, “But…but…???” Main character unconscious…total confusion within a family… OK they want us to watch the next series, but by then the suspense is lost and I’ve forgotten exactly what came before!! It is not unknown for a program to be axed despite a cliffhanger and the fans left never knowing what was supposed to come next!!
That said, I quite like the new legal series, “Dim ond y gwir”. I realised I couldn’t have been a lawyer after all, because I couldn’t prosecute unless I was sure of guilt or defend unless I was sure of innocence! I see ‘35 diwrnod’ is coming back. I hadn’t expected that as the orignal was so convoluted that it’s hard to imagine what they can do to ‘cap that’!!!

Gareth is one of our Bore Coffi group here in Cowbridge

Please do tell him I think his book is brilliant and his characters are either me or people I suffered from or was supported by!!! Diolch!!
NB I am hopeless at this sort of thing, but I’ll try to send a link to the prgram Tri Tryweryn-
http://www.s4c.cymru/clic/e_level2.shtml?programme_id=510707315