I have been studying Welsh in school since the age of 3, and have recently left school 14 years later. I have never really gained any grounding in Welsh through this, and so have begun on the free SSi audio lessons, which I find very useful. However, I have noticed some significant variations in pronunciation compared to what I am used to, which I found peculiar considering I am doing the course with the southern dialect, which is where I have been schooled and where my teachers are from. Prominent examples include:
“ae” such as in “Cymraeg” or “mae”. I have always been taught to pronounce this as “igh” as in “might” or “night”, however SSi appears to pronounce this as “ar” as in “arm” or “harm”.
“oe” as in “oes” or “does”. I have always been taught to pronounce this as “oy/oi” as in “toy” or “hoist”, however SSi appears to pronounce this as “or” as in “lord” or “core”.
“Sut” as in “Sut wyt ti?”. I have always learnt this as “sit” but SSi pronounces this as “should”.
There are other similar examples that I cannot think of right now.
Can anybody help me to understand why these variations occur and direct me as to how I should be pronouncing the words? Any help would be much appreciated. Diolch yn fawr iawn.

It seems to me that you are more accustomed to a northern pronunciation, but that you are using the southern version of SSiW. You can change the region to nothern, and see if the pronunciation is closer to what you remember.
Edit: I misread your post, but it still seems to me that although the course was in the south, the way you describe the words sounds rather northern.
But be that as it may, the regional differences do exist, but in the long run you will see that they are not really big.

Tagging @Iestyn as he might be best placed to answer this.

Hi @joshuamccarthy,
I think it is just regional variation. My mother was from Carmarthen. She didn’t speak much Welsh because it was strongly discouraged when she was young, but the few words she did know were pronounced as you describe. I found “llaeth” in particular very disconcerting here at first, but I have got used to it.
Sue

Many thanks for all the responses so far. The trend here seems to be that Welsh is not particularly rigidly standardised and so both pronunciations could be considered equally “proper”?

I had the same issues as you, having initially learned some Welsh from self-tuition books. For example, most books tell you that ‘ae’ is pronounced like ‘igh’ in ‘sigh’. But, in southern Welsh, you’re more likely to hear it as:

The ‘igh’ sound seems to be reserved for formal pronunciation or at the end of one-syllable words where no consonant follows (e.g. bae, cae - mae is an exception here, being usually pronounced ‘ma’).

That’s my take on it as an ‘outsider’ - I stand to be corrected, of course!

Schools in my day, taught a standard pronounciation, which is something you will hear a lot. There are so many regional varations, that it’s probably difficult for schools to deviate too much from that - but I do think they should find room for regional dialects since that is what gives people ownership of the language and creates a local feel.

This course is closer to what I hear day to day, but drilling down, there are plenty of levels of southern variations in pronounciation that no course would ever be able to it all

I felt the words and pronounciation in school was very northern, but I suspect people up north probably think it’s very southern. The standard form is a half-way house.

I learned Carmarthen Welsh and some from the North. Then, years later, a course in a Gower village following ‘colloquial southern’ taken by a lovely young lady from the north! I had terrible trouble settling on what to try to follow on SSiW. I ended up with Gogledd (North) but still use a lot of southern words like ‘hoffi’. I am in Scotland now, so it is rather academic, but I have a terribly mixed up accent and vocabulary!! I don’t think it matters much as I doubt if you’ll have trouble being understood if you visit Wales!

people talk of the disglyd-panad line, but I love the way that a simple and common word like dweud can vary, especially the past tense forms. I’m a bit partial to wetws myself, sounds very different to ddwedais and nothing like dudes.

It’s quite common for schools to go for a more formal approach - the main shift you’re describing here is between more formal usage at school, and more casual with SSiW.

The best thing will be for you to say whatever comes to mind first, without worrying about it too much - because your long term accent will come from the people you end up speaking Welsh to most often…

My meetings with the Oxford Learners have converted me from disglyd to panad, but I don’t think I would easily convert from llaeth to llefrith.
Sue

My meetings with the Oxford Learners have converted me from disglyd to panad, but I don’t think I would easily convert from llaeth to llefrith.

Heh heh…I hadn’t noticed that. Following the northern course, I’ve always used “panad”, but I also quite like hearing “disglyd” (or “dishgled” or whatever). Reminds me of the (northern English I think) expression “dish of tea” (oh, also an Irish expression, perhaps? A lot of people with Irish connections in NW England, where my family comes from).

I’m more of a dishgled gal than a panad one (although it all tastes marvellous so my taste buds are impartial) and sometimes I might even go as far as dishled which I saw on a sign in a cafe in Henllys.

Tea should always be served like this! Or perhaps a bath of tea! Small cups are for coffee!

There was an obituary in The Guardian recently of a man who had been an MP, but then had left politics and done other things. I didn’t know his name, and have now forgotten it, and can’t find the obit online, but what I found was interesting was that he’d said one set of grandparents were from North Wales, and the other set from South Wales, and they couldn’t understand each other’s Welsh! So they communicated in English.

This was probably at a time before Welsh language TV, and probably not all that much Welsh language radio, and if people didn’t travel much, they might not hear dialects other than their own very often.

I live in Lon Las, the Swansea one with the hat /\ over the o, but most people seem to use the N.Wales. short Lon. On the other hand, I also say scon instead of scone.

scon instead of scone

Only proper and right, that is!

@aran This seems like a good topic heading under which to ask you this question.

In chapter 3 of your book, SOME SEX AND A HILL (hilarious and enlightening, incidentally; I recommend it to everyone learning via SSiW and I really must leave you an Amazon US review saying so), you mention being taught Southern forms when what you really wanted to learn were the Northern ones: specifically, Southern “ble” and “dod” vs. Northen “lle” and “dŵad.”

“Lle” I get, but… “dŵad”? That’s a new one on me, especially since it’s not being used in SSiW North… or is it? Is it particularly local? O le? Am I correct in mentally hearing it as a tweak in the pronunciation of “dod,” incorporating the “swallowed” vowel sounds of the North, or is it completely different? (sorry about all the quotation marks; I overuse them, I know LOL!)

My curiosity is killing me.

There was an obituary in The Guardian recently of a man who had been an MP, but then had left politics and done other things. I didn’t know his name, and have now forgotten it, and can’t find the obit online, but what I found was interesting was that he’d said one set of grandparents were from North Wales, and the other set from South Wales, and they couldn’t understand each other’s Welsh! So they communicated in English. 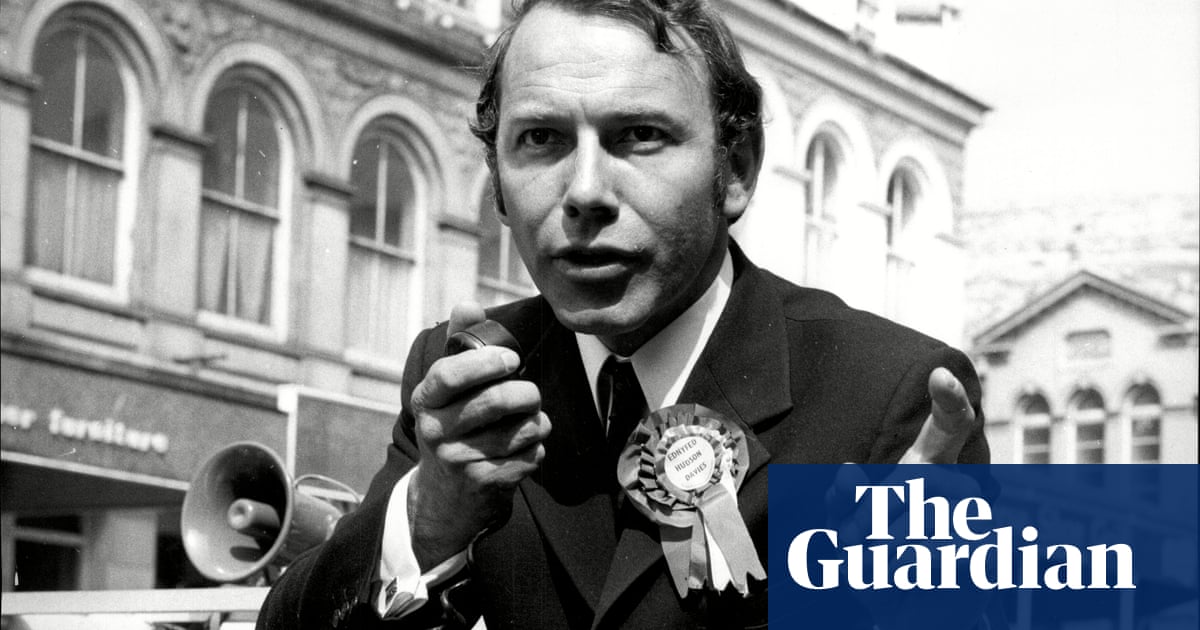 Maverick Labour MP, broadcaster and academic who was an early exponent of Welsh devolution

He was an early exponent of Welsh devolution and was himself bilingual. As a child he had listened to his two sets of grandparents, from north and south Wales, communicating in their second language, English, because they could not understand the others’ dialect. He successfully campaigned at Westminster for the use of the Welsh language to be permissible on tax returns and vehicle licence applications.

He was obviously a clever chap, with several degrees, including in Welsh. Oh, just spotted this:

He was closely involved with the New Forest Ninth Centenary Trust and edited the Welsh language pages of the Radio Times.

“Welsh language pages of the Radio Times”??? Presumably only in editions sold in Wales, as I’d never noticed those, in my RT-buying days.

Could be. Didn’t BBC Wales have PyC before S4C?

Yes, PyC (still made by the BBC) was shown on BBC before S4C was established, as were a number of Welsh language programmes. Both BBC and ITV (HTV back then) produced Welsh language programming for their own channels pre-1982. Indeed, when you see any pre-1982 archive film in any S4C programme now, it would most likely have come from the BBC or ITV archives.