The politics of Welsh

Are Welsh politicians united on maintaining funding and legal supports for the language, or does it vary depending on party affiliation? Plaid Cymru seem to be most associated with Cymraeg issues, but Labour could hardly remain the dominant party for decades without having a large proportion of Welsh-speakers in their ranks? Traditionally, the Tories and UKIP would be seen as caring little about NI, Scotland or Wales, but perhaps their Cardiff branches operate differently?

I honestly don’t know the answer to your questions (so I will be interested to see the answers). But here’s something that might contribute to the ‘mix’: 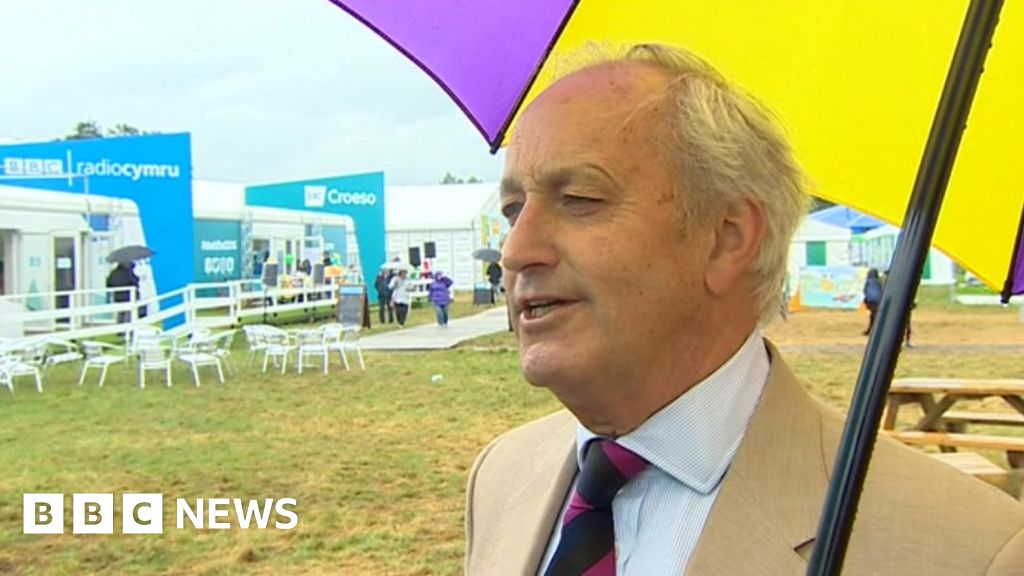 Eisteddfod row at Hamilton English use

A row erupts at the Eisteddfod after the National Assembly broke the "Welsh language rule" during an event.


I don’t think this shows a lot of respect for the language, and the fact that he ‘didn’t know’ about the rule, and ‘didn’t regret’ breaking it says a lot to me.

@aran - are we on OK ground here? Please do shout if you think this is overstepping the political mark.

This is an interesting opening post, and an important discussion.

It is, as Sara has noted, slap bang in the middle of the whole ‘potential explosion’ kind of topic - because people feel (understandably) strongly about a lot of the issues involved.

Which is fine - on this forum, we can have this kind of discussion without any attacks - on forum members, or even on politicans - but it is worth remembering that on such sensitive ground, it’s worth all of us going the extra mile to make sure that everything we post is polite and friendly…

And the above said, here’s my take on it:

Are Welsh politicians united on maintaining funding and legal supports for the language, or does it vary depending on party affiliation?

There is a broad political consensus in Cardiff Bay that we are aiming to become a ‘bilingual country’.

The extent to which this means commitment to action, or commitment to the right kind of action, varies a fair bit across and even within political parties.

As a result, the extent to which it translates into proper funding is very patchy indeed, and the Assembly has a bad track record of significantly under-funding the language (if compared to countries like Basque Country which are making a serious difference to their linguistic situation).

The one exception to the softly ineffective consensus is UKIP, who have shown a very negative approach to the language so far, and are only VERY slowly apparently beginning to see (in fits and starts) that they need to make some of the right noises to avoid extra negative coverage. It’s fairly clear that their ‘right noises’ lack all sincerity, though.

Plaid have made strives to appear more bilingual too. The victory in the Rhondda for Leanne Wood, partly a very personal victory for a very approachable politician, but also a sign of a softening of views towards Plaid amongst the less Welsh speaking communities. (She’s also a learner and a bootcamp survivor

The proposed campaign for 1million speakers is a good sign of increased unity on the issue.

The proposed campaign for 1million speakers is a good sign of increased unity on the issue.

Well it’s good, but I find targets like this always a bit disappointingly unambitious (I know I’m not being totally realistic, but anyway…).

There are just over 3 million people in Wales, so when the second million is achieved, that will be well over half-way, so the non-Welsh-speakers will be outnumbered, and will just have to learn… (well, maybe…

A practical difference could possibly be made by those of us living in Wales writing to our own MPs to ask them this same question and explain why we think they should.

writetothem.com has some tools for making thst process very easy.

(I’ve not affiliation with but find myself increasingly eager to change comments and feeling online into action these days!)

The million speakers will be disproportionately young and very young. Not to put too fine a point on it, the other two million are going to die out.

Ah, but the trick is going to be to keep them speaking Welsh after they leave school…

Leanne learned via SSiW and went to Bootcamp??? Yn Wir?? Wow!! She is very brave about speaking in public on TV on platforms in Cymraeg!! Da iawn @aran, or was it @Iestyn!!
Now, I have been mulling over how to put this.
I think most on the Forum know that I’ve been a Nationalist for more than 50 years, so you know the direction from which I am coming.
However, my reaction was instantly altered to “No one can judge UKIP by NH, some of them may even know some Welsh!” (I am very suspicious of Hamilton’s claim to be teaching himself!)
Now, I think we really shouldn’t worry about them. Surely people will realise that ex-Tories, especially one embroiled in cash-for-questions at Westminster, who lost his seat to a decent journalist who stood to represent Decency against sleeze. well, surely Mostyn Neil represents no interests but his own?
Now, to the real subject:
Plaid values all that is worthwhile in Wales and Cymraeg is part of that. BUT, more people do not speak Welsh than do. Sad fact, but true fact. Already, Plaid suffer from monoglot English people thinking and saying, “Independence is only for Welsh Speakers, Plaid is for them!” Those of us who think the people of Wales should run Wales, that governments in London with different lifestyles, different values, different everything, are less good than the people of Wales at choosing what they want - e.g. no nuclear weapons, no illegal wars,
no taking of water from Wales without paying anything for it…
To ever get a majority, Plaid must make clear than the party does not want English speakers to stop speaking English!
Norwegians, Swedes, Danes, Finns, Germans, French, Netherlanders, Belgians…all speak excellent English. It is one of the most useful languages on the planet. It would be crazy to discourage Welsh children from learning and speaking it. Oh, I should add Slovenes to that list and others too!
However,
being able to speak English does not stop all those other Nationalities from speaking their own languages!!
So it is not foolish to value an ancient and beautiful language and to want to keep it alive, to encourage people to learn the language of their fathers.
Catalans, Basques, Kurds have had to fight to speak their own languages and value them. The Kurds still have no land to call their own and only their language to show that they are Kurds. Cymraeg is an asset, not some sort of curse - ask the French, German, Greeks, Turks, Slovenes… if they want their language to die!
It is easier for Labour or Lib Dem to get this over to people than Plaid, but it is, I think, the view of all those parties. I am less sure about the Tories. Time will tell.
Sorry for length of essay.
If I have offended anyone, I did not mean to unless you are Mostyn Neil Hamilton, in which case, come on the Forum and explain what I said that was not true!

That’s the trick anyway, isn’t it? Whether there’s a million of 'em or fifty thousand.

Agreed. This is actually the main source of my reluctance when it comes to requiring all children to do Welsh up to GCSE in school - kids do not like being forced to do things, and they come to resent the thing that they’re being forced to do.

That said, here’s one thing that might make for an interesting change: instead of the Welsh language being taught up to GCSE whether the kids are interested or not, it might be a better idea for the kids to learn enough Welsh to get by during primary school, and then receive lessons about Welsh history and culture through the medium of Welsh when they go to high school.

I think you should toss that one to the Senedd request for ideas for increasing the numbers of Welsh Speakers - I think it’s a briliiant notion! And some Primary schools already have working methods for getting children speaking Welsh quickly, so monoglot English children moving into Welsh speaking areas can cope in Ysgol Gymraeg!
click here for link

Agreed. This is actually the main source of my reluctance when it comes to requiring all children to do Welsh up to GCSE in school - kids do not like being forced to do things, and they come to resent the thing that they’re being forced to do.

You wouldn’t use that as an argument to excuse them from Maths though. Or [whispers] English.

Actually I would; I’m very much of the opinion that once a kid has learned enough of a subject for it to be useful in everyday life, there’s basically no point teaching them more unless they are interested in learning more about it.

I think most of us here in Wales are also mindful of the sensitivites as well. The link between the language and nationalism is a turn off for many people who lean towards the traditional political parties - which is most people in Wales at the moment. To me the language is a cornerstone of Welsh identity and culture - it has to be something that is kept above ideas of nationality or governance etc, because we won’t hit a million or more speakers if the language is seen as a threat to anyones particular view of the world.

As far as I’m led to believe. I learnt this on a bootcamp so the conversation was in Welsh but I’m pretty sure she did.

Interesting point - I will blow my trumpet and say that I was brilliant at English in primary school and I resented having to do turgid English lessons in secondary school - I didn’t have the motivation to learn any more and it showed in my increasingly poor results in English exams as a I got older. I was no better at English at 16 than I was at 11, in fact I might even have been worse. I think maths might be a bit different, because I have never reached a point where I have ever thought that I know enough maths - it is something that continues to motivate and frustrate in equal measure.

Teaching kids to appreciate different styles of prose or literature is a strange concept - you acquire appreciation of these things by wanting to and through a sense of indulgence - without that personal desire or motivation then teaching is futile.

). I am a member of a Welsh learners group on Facebook. A very eclectic group of nationalities, including a lot of English members. A lot of posts are put up, in English, about how poorly treated the language has been in the past by a certain neighbour. I have a degree in history and a membership of a political party, however, I find that form of post uncomfortable. One particular post had also stated that Welsh had “survived the threat of Nazism”. A slight reach in my mind, otherwise it had also survived the threat of the Armada and possibly Attila’s Huns (I’m being facetious).

My question: Is it ok to learn a language and not the associated political history? As I am confident it is with more “mainstream” languages. So I’d say it is, however, I am open to other opinions. I do not mean to be incendiary with this post