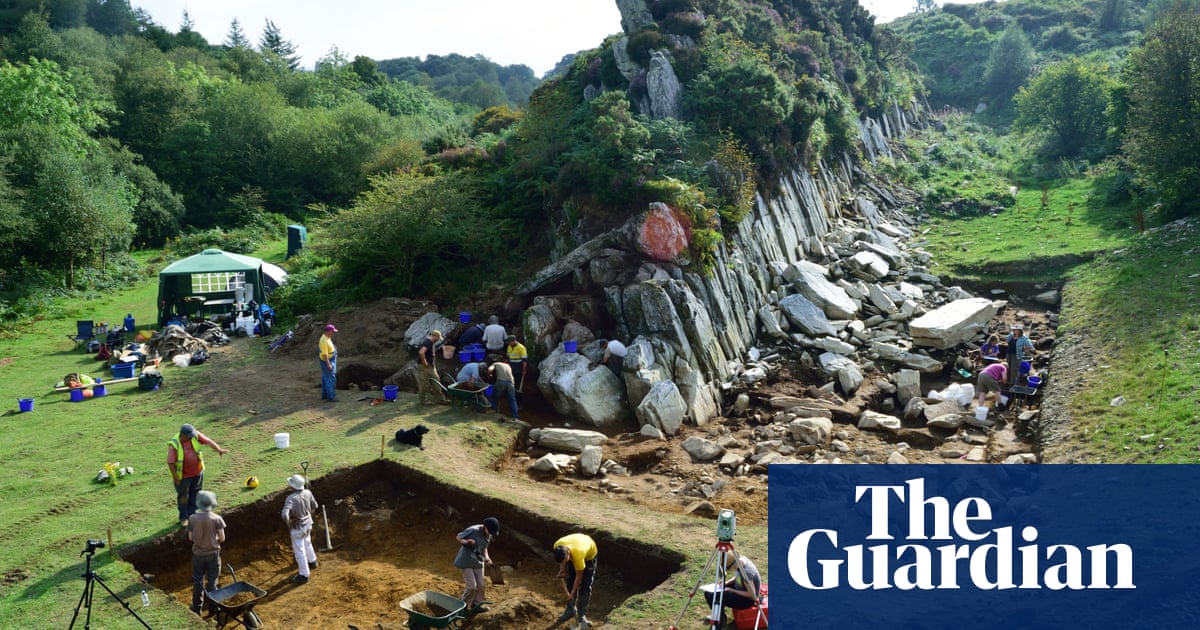 Stonehenge may have been first erected in Wales, evidence suggests

I think there would be a case now for putting up bilingual Welsh-English information boards and signs around the monument.

There may be a link with this: http://www.theguardian.com/culture/2011/sep/01/welsh-burial-chamber-stonehenge-mystery

I think there would be a case now for putting up bilingual Welsh-English information boards and signs around the monument.

Or perhaps a case for repatriation

For an alternative view see:

Stonehenge and the Ice Age

A blog about Stonehenge, the bluestones and the Ice Age, concentrating on the theory that many of the stones at Stonehenge were carried by glaciers.

Or perhaps a case for repatriation

Oh yes! (Which could be achieved by simply moving the Welsh border to a generous position east of Stonehenge…nothing controversial about that I’m sure. Linguistic consequences would have to follow, of course.

For an alternative view see:

Thanks for that Steve. Only skimmed through some of it so far and I’m not sure I’d be able to fully appreciate it, but I’ll try.

That article appears to have a contrary hypothesis, namely that of glacial transportation - in a field where there is so much uncertainty such as this one, and so little factual proof, you’d be foolish to discount any plausible hypothesis or theory. Personally, I think it is all rather fun.

Yes, very very interesting. I’ve been reading older entries in that blog (i.e. Brian John’s blog), and some of the comments. Clearly there is a bit of “history” between him and the team who made the latest announcement…professional rivalry or whatever. However, this is a case where I have a genuinely open mind and have no specialist knowledge in the field whatsoever, although have always been fascinated by Stonehenge, and similar places (e.g. Avebury). So I don’t mind who “wins”, so long as genuine research continues to be done.

Love the idea of shifting the border. It would probably be easier than shifting the stones. Would we be able to annex Oxford on route? Perhaps it’s a bit out of the way… for now.

The whole debate about how the stones got to Stonehenge is one of the perennial hot potatoes of British archaeology - a sure-fire way of generating media attention. What’s really new about this latest bit of work is that it claims to source some of the stones at Stonehenge to a particular part of a particular outcrop, which is quite incredible. After that it all falls into a mess of confusion as to the when, why, how, who of it all.

What’s good for the the Stone of Scone…

Remember when that got stolen? Well, I don’t really remember…I was quite young at the time, but perhaps people will remember that it did once get stolen, while it was still supposed to be in England. This was back in the early 1950s.

My Dad happened to be driving from down south to “oop north”, to collect my Mum, sister and I from our Grandma in Cumbria where we were on holiday, and was among those stopped to have his boot searched. (It wasn’t in his, or so he claimed…

Stonehenge wouldn’t be so easy to transport, although perhaps you could claim it was the stage decor for Spinal Tap…

Why Stonehenge's bluestones were NOT moved from Wales by people

Worth noting that all of this happened millennia before even an ancestor language to either Welsh or English was spoken in the rainy islands.

Indeed. Best guess about that language is that it might have been related to Basque