I know we don’t talk politics here, but as Aran indicated in the newsletter, we’ve got a bit of a referendum on in the UK on Thursday. Although I’ve managed to miss most of the media hot air so far, in keeping with general election tradition, I’m sure I’ll stay up for the Referendum results.

I’ve noticed that Radio Cymru is joining S4C for a joint coverage programme. Don’t know how that will work in practice, but this is the iPlayer radio link: 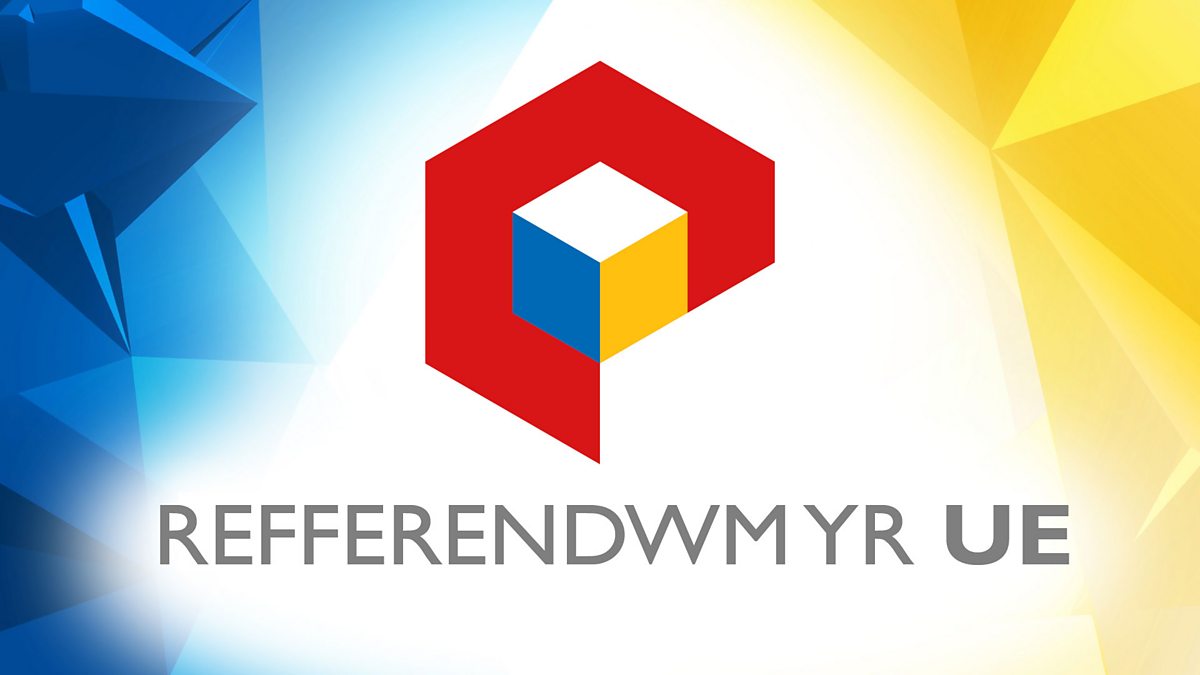 Hopefully, the media waffling will be less painful to listen to in Welsh…

I thought we could as long as we are polite and respectful?

Hopefully, the media waffling will be less painful to listen to in Welsh…

Watching the Welsh football team in the Euros on S4C with Welsh commentary was much more enjoyable and useful than watching with English commentary . So I expect the same for the long night of the referendum results. Perhaps an opportunity to practice Welsh on social media with similar insomniacs!

If you do live in Britain, don’t forget to vote!

GOOD LUCK no matter what result at the end.

Tomorrow is the day …

If you do live in Britain, don’t forget to vote!

I live just around the corner from the polling station, so I have no excuse.

I live just around the corner from the polling station

I have… had… a Postal Vote, due to age and infirmity and distance from wherever they’ve moved the Polling Station to this year!! (While I was still voting in person, the Council seemed to pick somewhere different for every election!)
I am a political animal. I have been watching everything. BBC Wales, S4C and Channel 4 last night!! I found S4C by far the best, although there were a couple of excellent comments from non-politicians in the Channel 4 program!
I shall not stay up, though. I’ve lost the stamina and can’t stand the strain! I well remember lying in bed listening to the radio when the result from Carmarthen came through in appalling Welsh with a very strong English accent. I knew how many were needed to get Devolution to an Assembly/Sennedd and when I knew ‘we’d’ won, I burst into tears of relief and cuddled my poor confused cavalier while soaking her fur!!

I thought we could as long as we are polite and respectful?

This is true - although this particular issue would clearly be about the riskiest topic we could take on (I’ve personally lost my temper about it three or four times in the last three weeks, and I’m usually immune to that sort of stuff!). So maybe it would be wisest for us to skip this one…!

Agreed - last thing we need is people falling out over this referendum.

Well for what it’s worth, my wife voted early (although not often

), and I voted much later (typical…), and at both times the polling station was relatively crowded, while at a similar time, the local supermarket was surprisingly deserted. And there are a fair number of posters up around the town (all in one direction - I won’t say which), which suggests there’s a lot of interest in what’s going on.

there’s a lot of interest in what’s going on.

We recently had an election for police commissioner. (I guess other areas did as well, although not necessarily everywhere). This received almost no publicity and the 1st we knew was our poll cards arriving. We did vote (even if without any enthusiasm), but the polling station was not busy on that occasion, and I didn’t notice the results being announced. I still don’t know the result actually. I could google it I suppose, but I keep finding better things to do

I imagine the turnout in that election was pretty low.

Indeed, I think in areas with no other elections on the day turnout was something like 16%. In Wales, with the Assembly elections on the same day, turnout was higher, but there were many blank voting slips. The police commissioner candidates got no mail shot and had to cover huge areas. For example Mid Wales (Dyfed -Powys) is from Pwllheli all the way down to Llanelli, that is a big area to cover for one person.

A lovely example of an election with no mandate from the public to hold it at all!! People were happy with how the police were run before. Here in Scotland there is controversy about the joining of all forces into one, but no marches in the streets! We don’t have elected Commissioners!
Now:

Pam? Pam? Pam?
@aran I know this Forum is not the place for this discussion but I am so confused, I’m asking for enlightenment from anyone in Wales willing to send me a PM.

Why did yr hen wlad f’nhadau vote to leave the EU?

The areas that did this seem to have been those which gained most from membership! It can’t have been Immigration because Wales only has 2% of its population from Europe! Even Ynys Mon voted leave. I am totally confused. Dw 'i ddim yn deall Cymru nawr. Help me to grasp what has happened!

I don’t honestly think Nicola will call a referendum unless she has really good evidence that Scotland will choose to quit UK, but it does call to mind guarded Border posts built to stop hoards of EU migrants creeping over to England! (Thinks, they do have a handy wall already in existance if they wanted to save money and give this country its original frontier, as instituted by the Romans who invented this country!!!)
I prefer not to find I need a visa to come home, however, even if its an academic point, given my health!
Explain to me, please what happened yesterday!!!

I think you’re right that we need to avoid this topic for the time being on here - emotions are running very high.

It’s proving challenging (but just about possible) to let the discussion continue on our Facebook page at the moment, but I’ve had to delete a few comments and may well have to delete more.

In brief, @henddraig, I believe this is about media - or rather, our lack of it. The national discourse (insofar as we have one) was overwhelmingly pro-Remain - the Western Mail, the vast majority of AMs - but that national discourse isn’t what the people of Wales listen to.

The two best-selling newspapers in Wales are the Daily Mail and the Sun - which means most Welsh people are quietly (even unintentionally) conditioned to think about English issues, not Welsh issues.

Until we can build our own media, that will probably continue to be the case.

I’ll take Arans advice (maybe a few sedatives as well) and not post anymore on this I think.

Until we can build our own media,

Which takes us back to Broadcasting in Wales and the pending report in 2017. With a new PM in Llansteffan. Mmmm.

For sovereignty and freedom.

We recently had an election for police commissioner.

The Police Commissioner elections are the only time I’ve ever spoiled my papers. Total waste of money!