Details on the poster 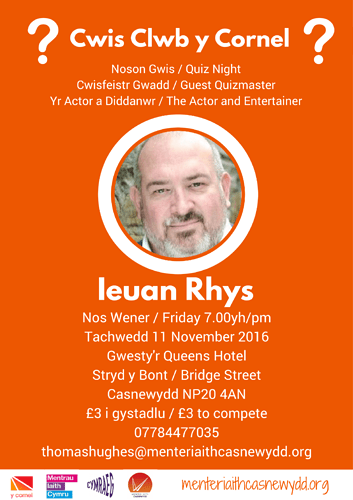 Too far by far for me to come, but it sounds like a lovely idea. I hope you get lots of support.

It’s the halfway point and team SSiW are 1 point in front.

Well. Take a bow @llanddinol, @cuckoo, and Ron. Champions! (We’ll gloss over the three team turnout). All you Newport based fans of gwaith cartref missed a treat - Ieuan Rhys was charming