The new Welsh Centre at the Old Library in the Hayes, Cardiff will be holding an open day on Saturday 27th February. There will be a variety of activities during the day.

I’ll be in Cardiff this weekend and I hope to have time to pop in. I hope to see some familiar faces!

I will be going along to this myself. Hope to see more SSiWers there on the day

This sounds fun. I will definitely try to make it!

I’m definitely young to attend. Very excited about about the new Welsh Centre and having the opportunity to speak more Welsh! 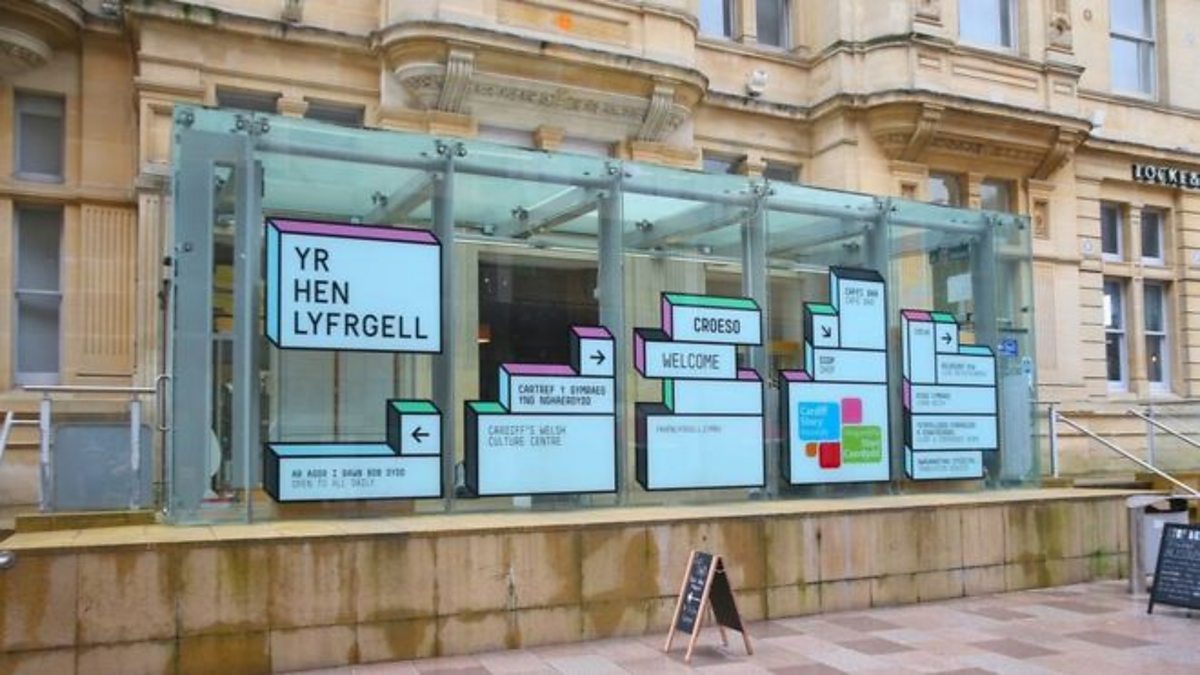 I wanted to find out about the learners’ chat group that they’re going to have there, but I couldn’t find a website for the site, which seemed a little odd to me…

If I’m being really thick and there is one, can someone post a link?

(I found the info about the chat group on the Menter Caerdydd site in the end - it’ll be Wednesdays at 12.30.)

Possibly it is very new and Google hasn’t found it yet?

I have just realised that I am dropping the kids off at St David’s Hall first thing on Sunday morning and will then have the entire morning free to wander about before their show in the afternoon - unaccustomed bliss! I wonder if there might be anything open on Sunday morning? (This is where a website would come in handy…)

Still not found a website per se, but some publicity from Wales Online:

The transformed building is a music and arts venue, cafe/bar and shopping haven all rolled into one

I found out via their twitter account that they do have rather a nice website - if you dare look at it! (There was a problem with the security certificate which makes it give you scary messages and presumably stopped Google from indexing it.) I’ve pointed it out, hopefully it will be fixed soon.

And the cafe is open on Sundays!

Well done, Sonia - thanks for finding that!

We’ve got all sorts of things going on this weekend so I’m not going to make it to any of the opening stuff, but I hope to get down (up?) there soon.

Well, I’m just on my way back from the opening of the new Welsh Centre, and I had a great morning!
We started with a bit of Welsh practice, divided between 3 groups - mynediad, canolradd and uwch. The turnout for this wasn’t huge, about 10 of us there at the time. Then there was a taster Welsh class which I sat in, even though the material was very much for beginners, but was good fun. The tutor even got us singing!

Then I went over to the caffi at lunchtime, where we were treated to a wonderful set from the very talented Kizzy Crawford.
The afternoon was a lot busier, and I did meet a couple of people who said they were using SSiW to learn Welsh.
After buying a few bits from Bodlon, a lovely shop selling all things Welsh, I decided to come home.
It’s still open now, but the afternoon is more centered around families. I’m pleased that there is now a centre in Cardiff promoting the Welsh language, and I would definitely be visiting the caffi again, since their coffi Americano was well lush!

I was there at the. Open day too. It was good to meet some new people and great to see old friends too. I particularly enjoyed the drama workshop!

It was lovely to see you and Gareth again!

The web design folks have finally sorted out the Hen Lyfrgell website. (They seem to have given up on https though, and have replaced the original link on the Twitter page.) The link which works is: