Aran has recommended that we use an MP3 Player but I am a complete luddite in these matters. Can someone recommend a model

Is there a handbook that I can use?

Most MP3 players have a USB plug, which you use to connect it to a computer and put MP3s on it. It should show up as a new disk drive, much as USB thumb drives do. You can download the lessons directly onto the MP3 player using the download link for each lesson (that is, on the lesson page for each lesson). Alternatively, if you have a smart phone, there is an iPhone app and an Android app through which you can download the lessons.

How to Download MP3 Files to an MP3 Player - dummies

Your PC can download MP3 files to your personal MP3 player for your portable listening pleasure. For example, you can use your iPod, which has 80GB of storage, a built-in 12-hour battery, and a very fast USB 2.0 connection. (Although PC owners might...

Do you have a smart phone? Most people use those instead of mp3 players by now…

Funnily enough I just bought a new one, because I wasn’t really happy using my phone for this (for various reasons … but to each his own).

I used to have a cheap MP3 player that used standard AAA batteries which was fantastic for battery life, but it was hard to “navigate” through different folders.

I recently looked for another (also cheap!) one and found one that claimed a battery life of 70 hours (after full recharge). I don’t know about 70 hours, but I can use it for a few days for hours at a time no worries (and I don’t have to worry about depleting my phone battery).

This is the one I got: 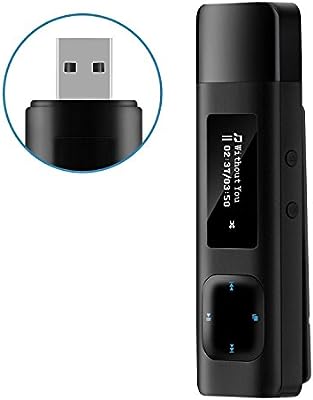 AGPTEK U1 mp3 player can be used as MP3 player, USB flash disk, Recorder or FM Radio. One order meets all your requirements! More Features: ♫ One Key to Lock Screen ♫ Hold volume down button to lock/u ...

(the reviews are mixed, but after about a month, I’m very pleased with mine. “Navigation” is fine so long as you use “folder view” which suits me fine).

Note: it doesn’t come with a charger as such. It comes with a USB-to-micro-USB cable that can be used to charge it from the USB slot in a computer, and you can use the same cable to transfer files from your computer to the MP3 player.

However, if you already have a smart phone with a micro-USB slot, the charger for your phone will also charge this. (And as Aran says, you could also use your smart phone to play MP3s…although I personally think having a dedicated MP3 player has some advantages).

Alternatively again, you can buy USB chargers that plug into the mains, which can usually be used for smart phones that take micro-USB connectors, and will also work for this.

If you search Amazon (or other retailer of your choice) for “usb charger” you should find the sort of thing I’m talking about. 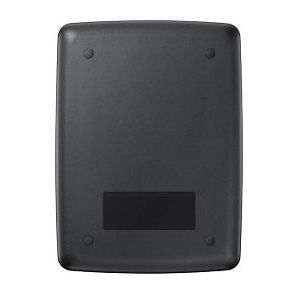 Accessorize your smart phone with everything from batteries to cases.

it’s small, easy to use, good capacity, cheap, reliable, has a nice big pause button. It also functions as a handy USB stick, if it isn’t chock full of audio files! And you can plug it into your car stereo, for those times when your up in the hills and even the Radio Cymru signal disappears. [btw How did BBC Radio Cymru get the the best/ strongest signal in Wales? it reaches the parts even Radio 4 cannot reach!] Other Mp3 players are available, but I’ve been using this one for years, it’s really good, other MP3 players have died on me, but it’s even survived a cycle in the washing machine, when I forgot to tale it out of a pocket!
You can just put it on your phone, but you would need an expensive modern phone to have the battery and memory to use for SSiW.

I’ve found a spot radio cymru isn’t good. Saying that though I’m listening on fm as I’m not sure where to find it on dab.

I use an iPod Shuffle. Small, inexpensive, easy to navigate (voice) and upload, tons of space and pretty good autonomy.

Anything like this, I always download first to my computer, and then transfer to an MP3 player, and also usually try to make backups elsewhere (e.g. a USB stick/“drive”). It helps to be well-organised about one’s backups. (Unfortunately, I usually fall flat on my face in the “well-organised” department…).

If a course is labelled as complete, I’d download the whole lot in one go. If not, download what there is, and keep an eye out from time to time for new lessons/challenges.

I have fond memories of the old version of this I had. So fond in fact that I can’t bring myself to throw it away even though it no longer works!

I would have replaced it with a newer version, but they went through a phase of getting rid of physical buttons, meaning it was hard to use in the dark or while running. Good to see they’ve seen sense and brought actual buttons back!

You can just put it on your phone, but you would need an expensive modern phone to have the battery and memory to use for SSiW.

Android being what it is, you can get away with using a cheap Android phone. You certainly won’t get the big screen and responsiveness of a more expensive handset, but it would be perfectly usable for running the SSiW app and listening to lessons. (You might actually get better battery life with a cheaper handset, because cheaper generally means smaller screen, and the screen on phones is one of the big drains on battery life).

Thank you for posting this. It’s time to admit it is all a mystery to me.
I’m a bit confused re listening on an iPhone. I’ve been clicking on the MP3 bit and listening, but I recently got a message about my data usage - that I’d used 80% of my allowance. I’m assuming that’s from ssi, as it’s the only different thing I’ve been doing with my phone.
So, if I download everything on my Mac to iplayer and set up a playlist, then add that to my phone, is that the best way forward re the data problem.?

(If you are techi, please don’t hurt yourself falling off your chair laughing)

I have no idea how iphones work. But you shouldn’t be getting data usage warnings from playing downloaded MP3s. It sounds like instead of playing your downloaded SSIW content, it is streaming the content afresh from SSiW, hence using your data allowance. Easy work around is to disable your data usage and try to access the playlist.

I don’t understand what is data and what isn’t so I could be wrong.

I don’t have an iPhone, but generally speaking a downward arrow ought to be the link to download (which is what you want to be doing) - you’d have to have a very stingy data plan indeed for a single download for each lesson to get you close to your limits.

Thanks for that. It forced me into educating myself a bit more about my new phone and it turns out there’s a pesky little button which has been causing the problem, but even so I understand a bit more about downloading/streaming, I think.