Yesterday I was endlessly waiting for a support number to get my call and I decided to draw a map of Great Britain on a piece of paper.

It’s funny how maps stored in my memory are often quite different from reality - even those of areas I’m very familiar with like Europe. They tend to remind a bit of real ancient ones, where proportions are usually odd.

I’ve known where Wales was since I was about 8, but I really never paid too much attention to its surface compared to England and Scotland. At least not since my last geography test in high school, I guess!

So, in my map Wales turned out to be about half the size of Scotland and it looks like it would include Birmingham as well.

It was quite shocking to realize it’s actually even smaller than the region I live in (Piedmont) and its entire population almost the same as just the city of Rome.

Just wanted to confess my ignorance, and share a laugh about my map of Great Britain!

and it looks like it would include Birmingham as well

Just give us time…

So, in my map Wales turned out to be about half the size of Scotland and it looks like it would include Birmingham as well.

Well, I’m from Birmingham, and Birmingham takes its water supply from Wales (which is one reason I give for always having been interested in Wales), so I can tell you that you’re not totally wrong there…

I’ve never been to Wales, but I’ve been told Wales is ALWAYS bigger on the inside than on the outside. That’s a good philosophical statement to ponder on a Friday

Felly (been listening to Advanced content, you know)…
long before all these, only Wales!

I prefer this map of Wales myself

The Tripartite Indenture was an agreement made in February 1405 between Owain Glyndŵr, Edmund Mortimer, and Henry Percy, 1st Earl of Northumberland, agreeing to divide England and Wales up between them at the expense of Henry IV. Glyndŵr was to be given Wales, and a substantial part of the west of England, including the English portions of the Welsh Marches. Northumberland was to have received the north, as well as Northamptonshire, Norfolk, Warwickshire, and Leicestershire. The Mortimers were to...

long before all these, only Wales!

Only way I know how to reply to that is “Yma o hyd!”

yup, as proved by anyone who thought they could drive from one end to the other in less than 3.5 hours

I’ve never been to Wales, but I’ve been told Wales is ALWAYS bigger on the inside than on the outside. That’s a good philosophical statement to ponder on a Friday

And Doctor Who (Tardis, etc) is made in Wales, these days… 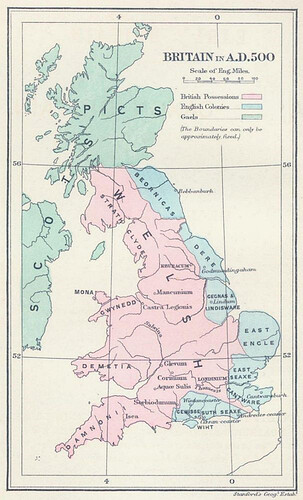 This one is slightly open to interpretation, but I quite like the idea of it.

I see what you mean by interpretation, it should have included Aberdeen, the Isle of white and Dover.

DW filmed in Caerdydd…yup, that is 1 of 2 things I knew about Wales prior to studying the language. The other was I could physically find Wales on a map, but I had no idea how MUCH BIGGER it is on the inside and I haven’t been there yet.

Well, @JohnYoung looking at the names on the map…

I think I perceive a slight hint of Roman influence in those names.

From the colony of Augusta Taurinorum, I say it’s time to team up again for a linguistic reconquest of the territories! 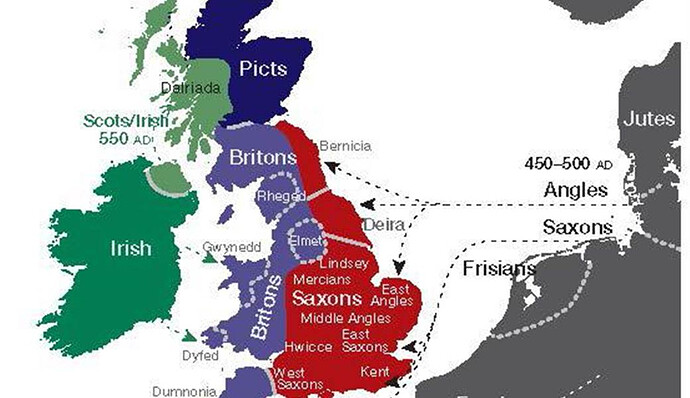 Yes, I’m guessing that Aberdeen is Pictish. I’m sure that you are correct with Wight and Dover. Possibly before or after the Roman Era. I think that all of present day Britain would have been Celtic at one time.

I think that the map is indicative

Well whatever pictish was and wherever it was the name Aberdeen is obviously British / Welsh - Aber and Dun for a fort. If Pictish had the same words for the place then they obviously talked the same language.

I do still wonder about Basque though - was it spoken on these isles once upon a time? .

Good to see my place of birth, Glevum, or Caerloyw (or Gloucester, to be more boring), featuring strongly there.

It took me quite a while before I noticed the WELSH in large letters!

Why would you want Birmingham?

We can only improve it…