Both endings are OK. The “an” endings tend to be popular in some parts of Wales, particularly the North West, where they reflect the pronunciation.

As it happens, Gareth King’s Modern Welsh Grammar, which is a sort of companion to your dictionary, confirms this.

You will also notice “Dach” versus “Dych” . I hope this helps.

Hi John, thanks very much for your help. I will definitely be investing in Gareth King’s Modern Welsh Grammar as I find his Modern Welsh Dictionary invaluable.

These are great as a stepping stone to the Modern Welsh Grammar - which is a truly mind expanding piece of literature (have you Read the Hitch hikers guide to the Galaxy?!)

These have very short chapters on specific things (which build up) - with examples - which is absolutely perfect when you are learning when you just want an explanation of a particular thing without 27 other things being brought into the situation! 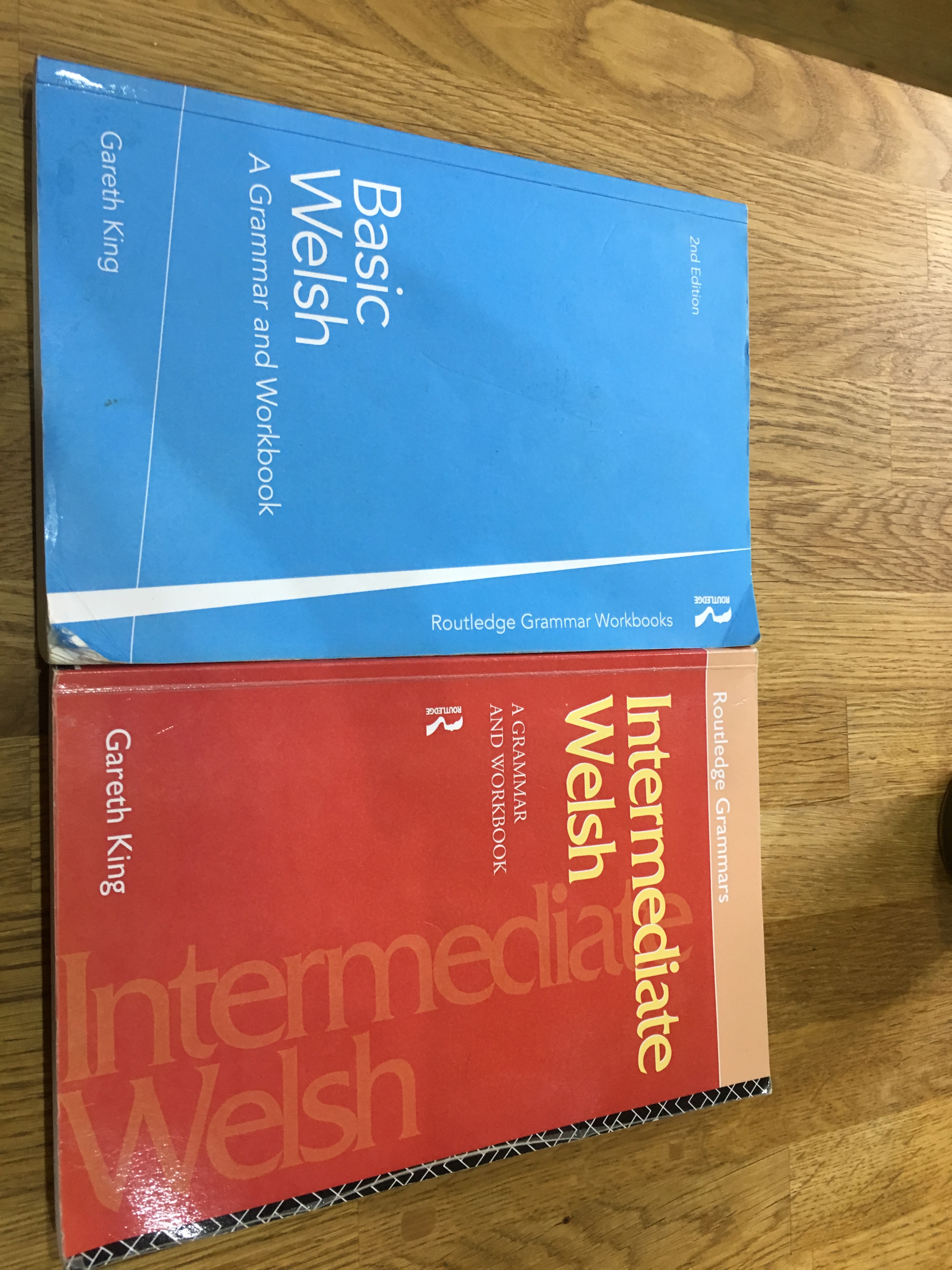 Both endings are OK. The “an” endings tend to be popular in some parts of Wales, particularly the North West, where they reflect the pronunciation.

That’s interesting. I wondered if there was something like that going on. I’ve noticed both Aran and Catrin (though more Catrin I think) making ‘a’ sounds on ‘e’ letters. One of my friends who’s an Anglesey native spells that way too - I’ve seen him write rywbath rather than rhywbeth.

Hi Rich, Thanks for recommending these two books. I think Say Something In … is a great way of learning a new language but sometimes you just need a bit more information or an explanation. So I’ll be ordering the books next week. Gary

Hi. I’m just tagging on to these posts in the hope that you can help with a query I have at level 2, (Challenge 9, North).
Why is it “BYDDEN ni’n licio” for “we would like”, when I thought that meant “we WILL …”?
Why isn’t it “basen ni’n licio” or even “licien ni”? I’m very confused! Diolch. Alix

Diolch yn fawr, Siaron. I was hoping that was the answer!
I think Aran mentioned this towards the end of level 1 - that there are often different ways of saying something in Welsh and the further you advance the more complicated it can become, simply because your knowledge increases - which is all good, but confusing at times!
My school teacher friend said something similar, when I first started learning - but she’s South Walian …!!

Ha ha, they do have a few ways of saying the same thing in the South. However, not to worry, because the same is true in English if you try hard enough. I think it was on another topic where someone was asking about dechrau and cychwyn for start. Amazingly, I’ve just found over 30 ways of saying start in English