Lay out of Advanced Learning page

I have been somewhat confused with the layout of the lessons in this section. The content between two horizontal lines relates to two lessons – the English and Welsh downloads in one section (lesson) are those for the section immediately above the lower line. Now that I am aware of this inaccuracy I can deal with it although it needs a ‘double take’ each time, but newcomers I suspect may also be confused.

Clwb Tyfi is missing the first episode and the others give only the option of a single ‘Transcript: Download file’. No translation file.

Attempting to download the Translation file for Dwy Steddfod – located as indicated above in the subjacent Becca Phobol 44 section – works OK but clicking on the download for the Dwy Sreddfod Transcript file opens that file for Becca Phobol 37!

This may well be a problem with my computer or me or both but I thought it to be worth checking with you to confirm that the gremlins are not at your end of the connection!

well the layout is not really the friendliest I’ve seen and I tend to get lost myself!

But having followed since the beginning I figured out a few things in the meantime:

as far as I know, the ones on top were added as extra to new material and for there’s always been just only 2 to 4 (as from title “Growth Club Replay 2-4”).

As for Stori Dwy steddfod, I don’t know what happened, since I can tell for sure I had downloaded the correct file when I listened to it, but I checked it out now and also from my computer I get the Beca i phobol 37 if I try to download it right now.

I guess first thing we can do is let @beca-brown know so she can upload the right file again I guess!

Thanks for the heads up there - not sure what’s happened but will take a look tomorrow. We probably need to take a look at the layout as it seems to behave better on some platforms than others!

Thank you both - gisella-albertrini and beca-brown. Hopefully an answer will emerge in due course…

Hmm that is odd. I’ve just downloaded the translation of Stori Dwy Steddfod 1 - which is above Beca a’i Phobl 44 as you say - and I get the correct translation, as in the picture attached. I’m not sure what to suggest really as it’s the correct one there. Are the other ones opening up correctly? If it’s only that one that’s misbehaving I can always send you the copy?
Incidentally, are you aware of the Advanced Content thread and the separate threads for each new episode or series? You might find the discussions there useful. 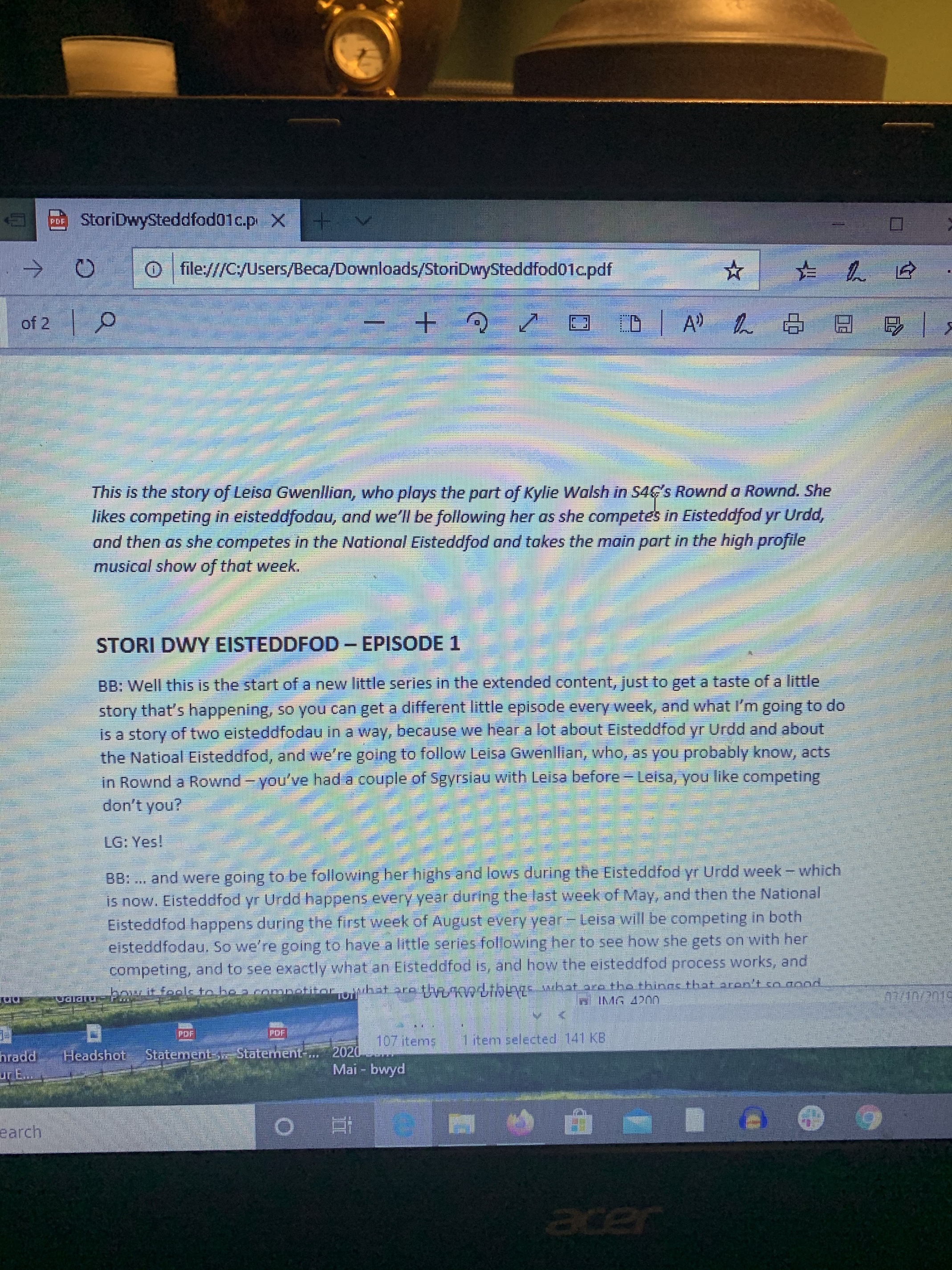 Well I don’t know how this is possible, however if from a computer browser I click on “download file” there (see attached image), instead of the Stori Dwy Steddfowd 01 transcript what I get is…BecaaiPhobl037t.pdf! 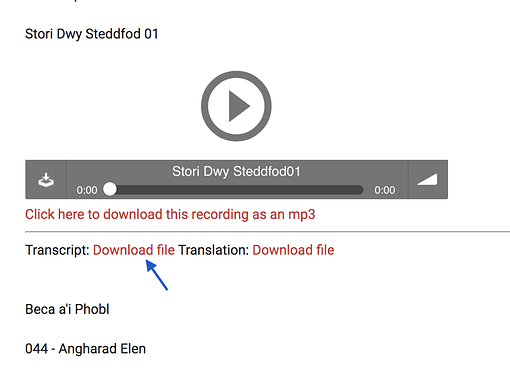 I still have the correct transcription I had downloaded right after it was first available - so I can testify you had uploaded it correctly back then!

But I guess it’s worth fixing from the website, otherwise you’d have to send the correct transcription to every single new subscriber.

p.s. oh I 've just realized that you said translation, wrong one is transcription, so not so odd that you get the correct one!

Oh hold on, I checked the translation not transcript! I thought John said the problem was with the translation! Aha! Eureka moment! Will amend immediately!

Yeah right, I’ve just noticed he had actually said that, and I just checked both but didn’t specify taking for granted it was the same…and just realized it all now!

Very sensible of you!! (Note to self…!)
But what’s weird is that you say the correct one was there when you listened? I never go back and fiddle unless someone alerts me to an issue, so that is very veeeery peculiar!

Since we’re here we can blame English for transcription and translation are so similar and confusing while no doubts on TRAWSGRIF/ CYFIEITHIAD!

As for the mistery looks like I had downloaded the Stori in June, while Beca i Phobl 37 a few months later.
So maybe when you uploaded the latter you put it in the wrong folder (or whatever) by mistake? But oh well, never mind!

Yes! Pesky English!!
You could well be right re the mystery - it’s obviously my doing, unless we start believing in naughty computer fairies! (They sounds lots of fun though…

So when I open the transcript I get this… 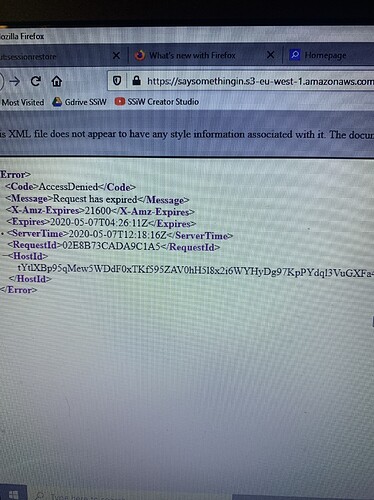 You get that sometimes if the page has expired - if you go somewhere else in the SSIW website in that window and go back to the Advanced page, you won’t get that anymore.

I have no idea what’s going on here. I’ve stripped the wrong one off; re-saved the correct one in a new pdf, loaded it on, but when I go to open it it’s the wrong one that comes up. I am absolutely mystified. Will save original word doc in new word doc and then in another new pdf and call it something else instead of doing ‘replace’, and see if that fixes whatever weird glitch this is!

So I did all of the above, and it’s still opening 037 and not 044… #naughtycomputerfairies

I don’t know what’s going on either, but wait remember it’s the Stori dwy steddfod 1 trawsgrif that you have to re-upload…why are you talking about 044 now?

StoriDwySteddfod01t.pdf
instead of
BecaaiPhobl037t.pdf
which seems to be squatting the Steddfod 1 transcription space because of the computer fairies!

Well, talking about confusing lay out…!

I thought it was beca a’i phobol 44?! That keeps opening as gwyddfid jones 37 as opposed to angharad elen 44? Aaaarrrrrggghhh!