Rebecca John is a journalist with BBC Wales. Here she talks about Welsh being lost in her family for a generation and her (successful) attempts to revive it.

One thing about this strikes me more than anything else, and that’s the way she repeatedly emphasises her lack of confidence and compares herself against the first language speakers that she works with. It’s obvious that she’s a competent Welsh speaker, but when you’re sharing an office with (by definition) some of the most articulate Welsh speakers on the planet, you’re always going to find yourself lacking - even the majority of first language speakers would feel the same, I’m sure.

Of course she wants her Welsh to be at the same standard as her English, maybe even to be able to broadcast in both languages, but she needs to give herself a break.

And this goes, for all of us, I suppose. We all want to improve our Welsh, and setting targets is good. But make them realistic - you can always set a new target once you’ve achieved your current one, whereas an unrealistic target far off in the distance might seem demoralisingly unreachable.

Rebecca also gives SSIW a little plug, which is very kind of her. I don’t know if she ever visits the forum, but if she’s out there, thanks very much for an inspiring story! 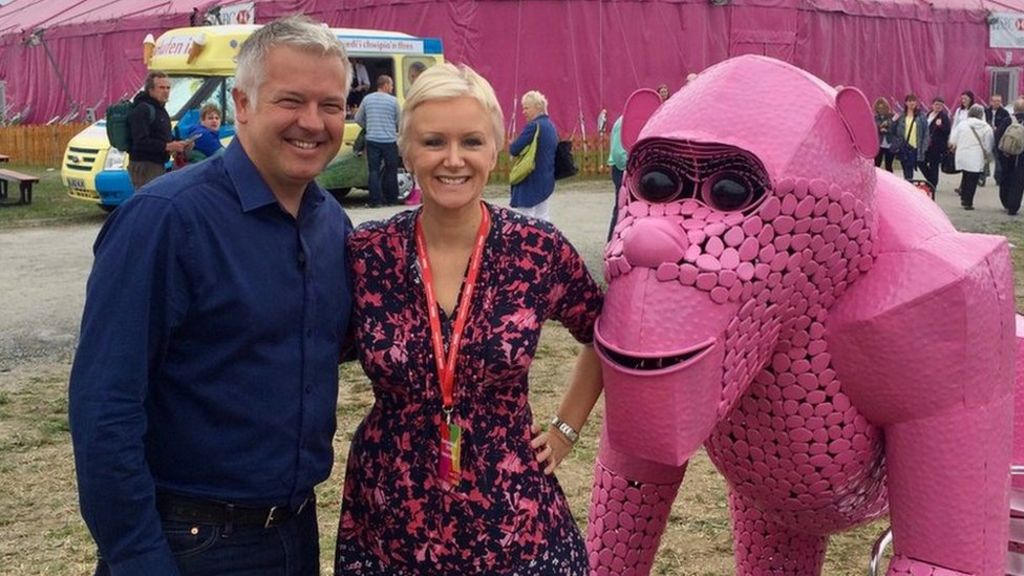 I read that yesterday and could totally relate to everything in it. She had Welsh speaking grandparents from the same area as mine and a parent who once spoke Welsh, but no longer did after miving to an anglicised area, near to where I grew up, with no Welsh medium education. Going to chapels as a kid and hearing Welsh, but not really understanding anything in particular. Moving to England for education and work and then one day deciding to try to learn Welsh.

I think her lack of speaking Welsh, may also be similar to myself and I suspect that it’s not really down to lack of confidence or ability, but something else that’s totally different. It’s probably also not about being able to say things or about being understood.

Perhaps it’s a want to be able to recreate those nostalgic tones and rhythms and much less about the words or the language.

We all want to improve our Welsh, and setting targets is good. But make them realistic - you can always set a new target once you’ve achieved your current one, whereas an unrealistic target far off in the distance might seem demoralisingly unreachable.

“Ah, but a man’s reach should exceed his grasp,
Or what’s a heaven for?”

(but actually, I agree with you entirely).

LOL I feel her pain! It’s so much easier to for me to learn Welsh than Irish as no one expects you to speak Welsh if you are (mainly) Irish. If you are learning your ‘ancestral’ language you tend to see how empty the glass is; rather than how you have managed to get it fairly well filled - considering you are comparing yourself to people who had the good fortune to absorb it with their mother’s milk!

Thanks for sharing - really interesting article. She sounds like someone who might have a ‘switch on’ moment if she did a Bootcamp…

I think this is interesting too as I’ve come across a reticence, a shyness if you will, in people that have a smattering of Welsh and a reluctance to ‘put themselves on the line’, as it were, and try to use it. I suffer from this myself. I’ve lived in Australia now for many years and noticed this reticence whenever I meet someone from an anglicised welsh background. I even have a friend that studied Welsh at an adult education centre here in Melbourne and whenever I see him he greets me in Welsh and I go blank. Nothing, no words … nothing. I think of a response in English and the Welsh of it doesn’t come … yet, if I do that with the cat … I can have a fluent conversation! The same thing happened when I returned to Wales on holiday and finally I plucked up courage and spoke to a young lady in West Wales … she apologised and said she didn’t speak Welsh, she was from Spain!

And yet, here in Australia, we have so many languages being spoken and I’ve heard Greeks, Italians, Asians speaking fluently half in English and half in their own language. It’s amazing, I wish I could do that with my Welsh. Then, at least, I’d be able to have a conversation with my friend.

I wonder if it’s something to do with the Welsh character. Maybe we are shy and retiring … but, indeed, it is painful …