How to help each other win prizes

Now, there’s a small element of competition to all this, of course - the first 3 prizes, and the current starting race to the Manics tickets…

But the VAST majority of this is co-operative… the more people you all get signed up, the more prizes you all win.

So I thought it would be nice - especially when we’ve got some massively experienced arm-twisters out there like @gruntius and @Deborah-SSi and others too numerous to mention - to have a thread where you share the easiest or most creative ways to break the ice and spread the word.

What’s worked best for you?

Worth looking at the current freebie from SaySomethinginWelsh - their 6 month course is being given away free with their normal subscription.

I’ve used SaySomethinginWelsh, and here’s what I think of them: [you fill in this bit!]

Learning Welsh freebie alert - SSiW 6 month course free with a regular subscription IF you put my name - [your name] - in the ‘How did you hear?’ box. RT if you know anyone who’d like to speak Welsh

What other ways have you found work well to spread the word?

Oh, and if we see you lighting up Twitter, we’ll do our best to retweet and add a little love (and extra visitors)…

Some chat groups (discord, slack, WhatsApp groups) or forums etc, even if they’re not related to Welsh can be very good. There’s a few gaming discord servers I’m in that have a language learning section. If you know the people there and think there is a chance someone might be interested, it’s a good idea to casually mention it

I’m usually pretty careful about forums since they don’t like any kind of advertising, but with something like this I feel like it’s generally just seen as a nice thing to let people know about. Just be sure to know the community well enough

My biggest tip to get into the conversation by a country mile, and I’m almost fed up of saying it so listen up people! is …

START EVERY CONVERSATION IN WELSH!!

The amount of times I’ve told people about SSiW off the back of that alone has been incredible.

Also put in a caveat like:
To qualify for the discount, you MUST say who you sourced the referral from (ie- the twitter/twt etc ID or person’s name/user-name)

Then update you post here on the other thread with your possible referee handles/names.

So far, I’ve put up notices on the boards of our two community-minded cafes, and e-mailed a few friends - the unlikeliest of whom wrote straight back to say she’d signed up! From now on, I’m following Aran’s advice to do some face-to-face evangelising…

But what about the dinner party?!!..

[Okay, okay, you can sit on Catrin’s side…

I had another idea, which only works in Wales. There are places in our local towns where staff and volunteers interact with the public - leisure centres, museums, hotels, etc. They will be aware that their Welsh-speaking visitors really appreciate being able to speak in Welsh, and they may be delighted to know of a way they could train their people up cheaply and fast.

I’ve contacted a couple of organisations of which I’m a member or regular visitor. I think it’s a long shot, but if anyone jumps at the idea, they might sign up half a dozen people at once!

I think it’s a long shot

Judging by your commanding presence at the head of the leaderboard, I’d say it’s not…

I’ve thought of a variation on my earlier idea, and this one could apply to anyone who has visited Wales!

Last year, @Isata and I spent the day at St Fagan’s (National Museum of History, near Cardiff). Our mission was to spend the whole day speaking only Welsh. We had a hilarious time, half-understanding what the enthusiastic guides told us, but our mission failed, because not everyone could speak Welsh. So I e-mailed St Fagan’s, to tell them about our experience, and to suggest what they could do to make it even better.

If you have stayed at, or visited, somewhere in Wales, and been disappointed that you couldn’t use your Welsh, why not e-mail them and tell them how SSiW could help them improve their visitor experience? You may not get any sign-ups, but feedback from visitors saying how important Welsh is to their enjoyment can only be good for the language in the long run.

I’ve found it quite a challenge to pack all the necessary information into a short e-mail. If anyone wants a copy of my specimen e-mail to get them started, please send me a private message!

…In a good way, of course! But please never use your powers for evil.

But please never use your powers for evil.

Another thought, folks - you could send a short letter to local/national daily/weekly newspapers, explaining that the £240 6 Month course is on offer as a free bonus, putting the url www.SaySomethinginWelsh.com/6min - and then saying ‘Put my name in the ‘How did you hear?’ box to be able to get the free bonus!’.

Send off a few letters like that to a few different papers, and if a couple get published, you might have a very sudden jump up the leaderboard…

Also - how about cards in shop windows? If you explain to shop owners that it’s a gigantic saving opportunity for Welsh learners, but only lasting for May, and that it’s entirely depending on grassroots word-of-mouth to let people hear about it before it runs out, you’d probably find a fair few willing to stick it up - not just newsagents (who are used to wanting to charge) but other sorts of shops as well. And if you know any shop owners, they might let you put something bigger than a postcard, if you make it pretty…

other sorts of shops as well.

…there’s a community run shop and cafe/diner on one of the main routes I have seen featured on a few programmes because all the staff siarad Cymraeg.
Places like that would be ideal.
@Nicky Theoretically your YouTube account raises revenue and is therefore at least semi-business. On Twitter hit @yrawrgymraeg by #yagm between 8-9 Wednesday each week in May. 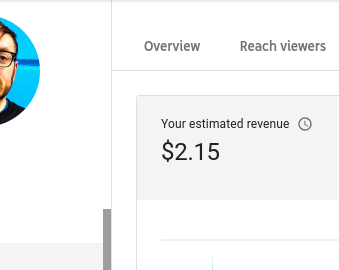 very theoretically!!! I have to earn $100 before I can withdraw money, so only another 98 years to go before i hit the jackpot

98 years to go before i hit the jackpot

…or less if the hashtag goes nuts (probably not drawing from a discussion I had with Aran). It’s still a legitimate use of the hashtag for you or anyone else with a business. Just make sure you pin the SSiW promo on the landing page and make it easy!

Thought for the Day:

Who is the person closest to you who doesn’t speak Welsh? The person you’d most like to be able to practise your new-found skill with? Tell them how much Welsh means to you, and how much it would mean if you could share it with them…

I sent this picture to Aran and intended to put it on here too but got side tracked and forgot. I then joked with Aran about not telling anyone else and now I just look like a selfish fool.

Anyway, better late than never … I made these to hand out …

I’ve since handwritten “£10/mth” on each of them so remember to add that to yours if you make something similar.

They could have been worded better too because it could be read as you only get access to the 6mth course until 31st May and not for 6mths.

Another idea I had but never got the nerve to do it was to approach some of the Welsh schools in my area (there are a few) to ask about ‘targeting’ non Welsh speaking parents. Maybe putting something on their website or a mention in their newsletter.

Aran mentioned putting cards up in shops, I’ve found the best place to put them up is the local Chinese (or other) take-away. Lots of people through the door every week, every one of them hanging around for at least a few minutes waiting for their food. I always leave 3 on the wall of the Wong Sing in Acrefair and at least one of them has disappeared by the time I go back (sometimes all 3 so I do wonder if someone is just getting rid). I haven’t put any of the new ones up there yet.