How many words in Welsh language?

Just a curiosity, but googling around I can’t find the answer and maybe someone here knows!

How many words are there in Welsh language?
Or maybe how many entries in the most complete dictionary?

(Sorry I can’t help but thinking about this every time I hear it!) 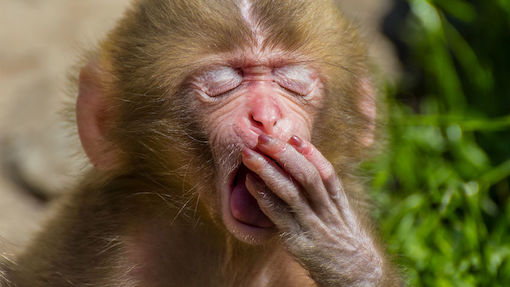 How many words are there in Welsh language?
Or maybe how many entries in the most complete dictionary?

One of the bigger Welsh dictionaries I have come across is the “Geriadur Cymraeg Gomer”, weighing in at 1600 pages, listing around 45000 Welsh definitions.

Oh no I’m yawning now.
iawn rhymes with down thankfully

I wonder if in such a big monster of a dictionary, each mutated version counts one by itself, at least!

Nghath - cat with a cold, noun.

I’m not sure how serious an answer you want, but I don’t think you could ever really come up with a definitive total.
Here are some questions you would have to consider:
What is a word? (there’s a headache in the making there, right off)
Do you include very recent borrowings such as actiwali, beisicli, rili?
Do you include obsolete words that are no longer used, but may at any time be revived by a poet in order to make a particular line alliterate and scan?
What about the word that I made up this morning by Cymryfying an English word? The person I was talking to understood it, so is it a Welsh word? (obsiecteiddio - to objectify, if you’re interested

I’m sure there must be a lot more questions in that vein!

By the way this also reminds me one of my favorite “pronunciation training sentences”:
Pryna llaeth i fy nghath (as fast as possible, ad inf.)

@robbruce Hey, I’ve just been told not to over-complicate matters (by Aran in another thread). Don’t tempt me, I could go on forever with these kind of things!

By the way I often españolified Italian (I can’t speak Spanish, so I just improvised like this), but hadn’t considered the possibility of Cymryfying English for survival. Sounds interesting!

It’s a well-known tactic and an accepted verb… 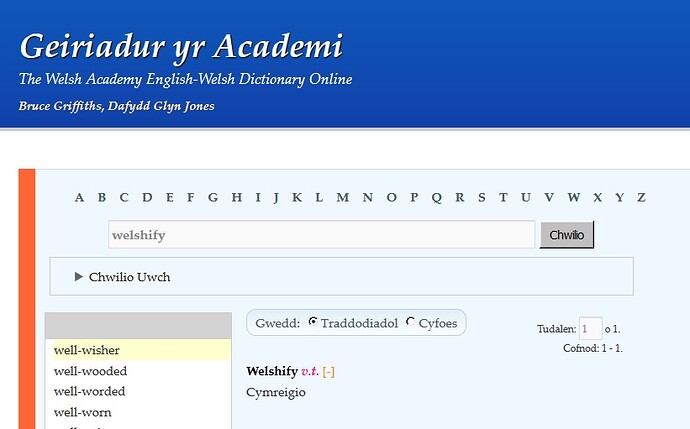 How many words are there in Welsh language?

I read an article today that said that on average a child of 4 has a vocabulary of roughly 5000 words (it didn’t cover bi-lingual children - that would be very interesting - I suspect a lot more, if not double - but I have no basis for that).

By the time the average child is eight that has doubled. An average adults vocabulary has a hugely varying range it seems - between 20000 and 35000 words.

The average ‘learned language’ speaker has a vocab of 4500 words. It is hard to know what average might mean there.

and chose to focus on how amazingly quickly children pick up that vocab!

I’d go even further, and ask “what is a language”. I don’t know the answer, but I think it is more than a collection of dictionaries and grammar books, and has to do with social structures and dynamics etc.

Synonyms always get me wondering about the origin of each word!
For some reason, I don’t pay so much attention to this the languages I’m more used to.
But with Welsh, I just can’t help going “Oh, niferus that’s similar to numeroso. it probably has something to do with latin. But “toreithiog”, that’s really weird!” (and so on…)

@rich, hey you answered to the question I wanted to ask today!

…actually, I have just dug it out again this morning…as the ‘average learner’ figure seemed a bit down-tail. It wasn’t new but was an article in the online economist about some research which had been done on vocabulary sizes (I found it via Google).

It didn’t have any more about how the ‘average learner’ figure worked which I suspect is the root of the problem but what it did say was that learners with over 10,000 words had almost invariable lived with the language for a period.

Now that sounds a little bit more like it - not necessarily 10,000 words - but is indicative of there being quite a bell curve - hopefully, we are working towards the upper area.

It made me feel a little better anyway, so I thought I’d share!

Although I haven’t looked at his stuff very recently, I’m an admirer of the polyglot and linguist Alexander Arguelles.

He takes a more academic view of language learning than would be normal in SSiW circles for example, and is very book-oriented. Neverthless, he still aims to speak well the many languages that he knows.

But regarding books, his particular thing is “good books” (or rather “great books”), by which he means essentially serious literature. He grades them by the number of words you would have to know in order to understand at least 95% of the words in the book. In the context of foreign language books, he maintains that if you already know from about 95-97% of the words already, then you can read the entire book without a dictionary, and learn new words by context.

So when your vocabulary is relatively small, the difficulty is finding books for which you know at least 95% of the vocabulary. There are of course a limited number of books aimed specifically at adult learners (and some people go for children’s and teenager’s books).

Another approach, especially when one’s vocabulary is quite limited, is parallel (or interlinear) texts. The aim is to try to get away without having to look up any (or at least many) words in dictionaries, which can slow down reading, and be quite discouraging.

The kind of vocabulary size he talks about for understanding “serious” books is at least 20,000 words. But some books are more difficult, and the example he gives is Melville’s “Moby Dick”, which I think he says needs at least 40,000.

Of course, we all know that you don’t need this vast vocabulary in order to have a conversation in a pub or similar. But anyone who has a serious interest in reading literature (or perhaps academic papers and the like) will want to aim high when it comes to vocabulary.

45,000 may be roughly the total number of individual definitions.

But many moons ago someone posted a detailed study on Welsh here which claimed that there was between 7-8 million (definitely in the millions!) - different permutations and combinations within the Welsh language. I am not sure what this exactly included though

I always find very interesting reading about different approaches to language learning. I see there’s a huge amount of material on the website you linked - it will take a while to read it!
Did you try any of the techniques he presents?

By a curious coincidence, while you were posting this, I was browsing through a website of a very different type of polyglot, explaining his point of view and techniques, on the completely opposite side of the spectrum:

Have confident conversations in weeks instead of years! // You can be confident at speaking any language. I'm Benny the Irish Polyglot, and I’m here to help you be confident in speaking a second language. A bit about me: I’m a fun-loving Irish guy...

p.s. By another curious coincidence, while I did a quick search to find what I should use before “a coincidence” (in Italian we use “for” but I wasn’t sure it would be the same in English), the example I found quoted…Herman Melville!
Oh, if he uses “by” it must be right then!