Woohooo looks like the English and Welsh versions are both available on the Dutch blu-ray so I’ve ordered that from Amazon. Cross fingers it plays alright (sounds like it will).

For anyone looking for series 1 yn Gymraeg, get the Dutch version on Blu-ray. You get an English disk and a Welsh disk and it’s playing fine on my husband’s XBox something or other. You’ll have to do without subtitles though because they’re in Dutch!

You’ll have to do without subtitles though because they’re in Dutch!

Or it’s a chance to learn Dutch through the medium of Welsh!

Or it’s a chance to learn Dutch through the medium of Welsh!

Ha! I think Welsh is enough to be getting on with!

Much as I enjoy Hinterland, there’s one thing that repeatedly get’s me muttering in an irritated way at the telly, (at least I now I try to shout at the telly in Welsh these days! Be’ dych chi’n wneud!! Oh, beth bynnag. )
It’s those moments, every single time our friendly (but darkly moody) local detectives come to question someone, that someone continues to go about their daily business (cue sweeping shots of rugged mountain work places!) I’m waiting for the episode when Mathias just commands 'look will you just leave that chainsaw alone you rugged mountain man I’m trying to have a serious conversaition here!

Or maybe I’ve just not had enough conversations with the police to realize that the done thing is to carry on working regardless!

I understand exactly what you mean here!!

If a police officer ever started interrogating me I’d probably break down! Everyone on Hinterland seems more interested in carrying on changing their spark plugs

Oh I agree…but this ‘fiddling while you’re being interviewed’ isn’t confined to Hinterland! They’re all at it. Broadchurch…restocking a shop, hanging out the washing, doing the ironing! Seriously! I don’t iron when I’m NOT being interviewed. PPHHT!

Totally agree with you guys! But also, do Welsh detectives really not carry firearms? They go running after bad guys but I don’t ever see them having a gun for their own protection. I do understand what sort of show it is, but it still makes me want to shout at them sometimes - “Are you crazy?!”

I am very impatiently waiting for Series 3 of Hinterland and Broadchurch to be available in the US!

Also, in case anyone’s still looking…I was accidentally sent Y Gwyll Series 1 in my order from Shop Cwlwm instead of Series 2, and I will be mailing it back to them tomorrow. Probably takes about a week for it to get there from here. They’ve been really nice about the mix-up. I wouldn’t hesitate to order from them again.

No, only specialist armed response officers, so the large majority of the police wouldn’t have access to firearms, (to the best of my knowledge) and if we saw the police regularly carrying guns I think that it would make many members of the public feel somewhat uneasy or uncomfortable.
I just had a look at the Government statistics and (as far as my quick count went!) there were 101 firearm related crimes of all types in the whole of Wales between march 2015 and march 2016 (latest available published details)

They’ve been really nice about the mix-up. I wouldn’t hesitate to order from them again.

Yes, I’ve always found them to be really excellent there!

the large majority of the police wouldn’t have access to firearms,

Quite different than in the US, where all police officers carry guns. That’s why it strikes me as odd, then!

Most UK cops, even in London, definitely don’t want guns.

I was only asking a question, not expressing any opinion or wanting to start any kind of discussion about guns or gun violence. Please let’s not start anything here. The absolute last thing I want is to start heated discussion on the forum. I’m not saying that’s what you are doing, @henddraig, not at all, but your post made me realize I probably shouldn’t have brought the subject up to begin with. End of discussion

NEWS Hinterland starts on BBC4 TV next Saturday in the Foreign series with subtitles slot!

Well, it is based in Aberystwyth

Ooh…just found this. It’s Series 3, Episode 1 - just shown on BBC 1 - I haven’t watched last episode yet. But, how do you know this is Welsh version with English subtitles? Isn’t described as such - on my TV at least. Getting excited - but not hopeful. Mind you - has anyone else noticed just how much Welsh is spoken in this last series? Ooooodles…basically whenever Mathias is out of shot - they’re all chittering away in Foreign!

Ooh…just found this. It’s Series 3, Episode 1 - just shown on BBC 1 - I haven’t watched last episode yet. But, how do you know this is Welsh version with English subtitles?

I don’t think that’s quite what @henddraig said. She said it was in the slot (9pm BBC4, Saturdays) which is usually reserved for subtitled drama (very often from Scandinavian countries).

This is how it is currently being advertised in the BBC4 online schedule: 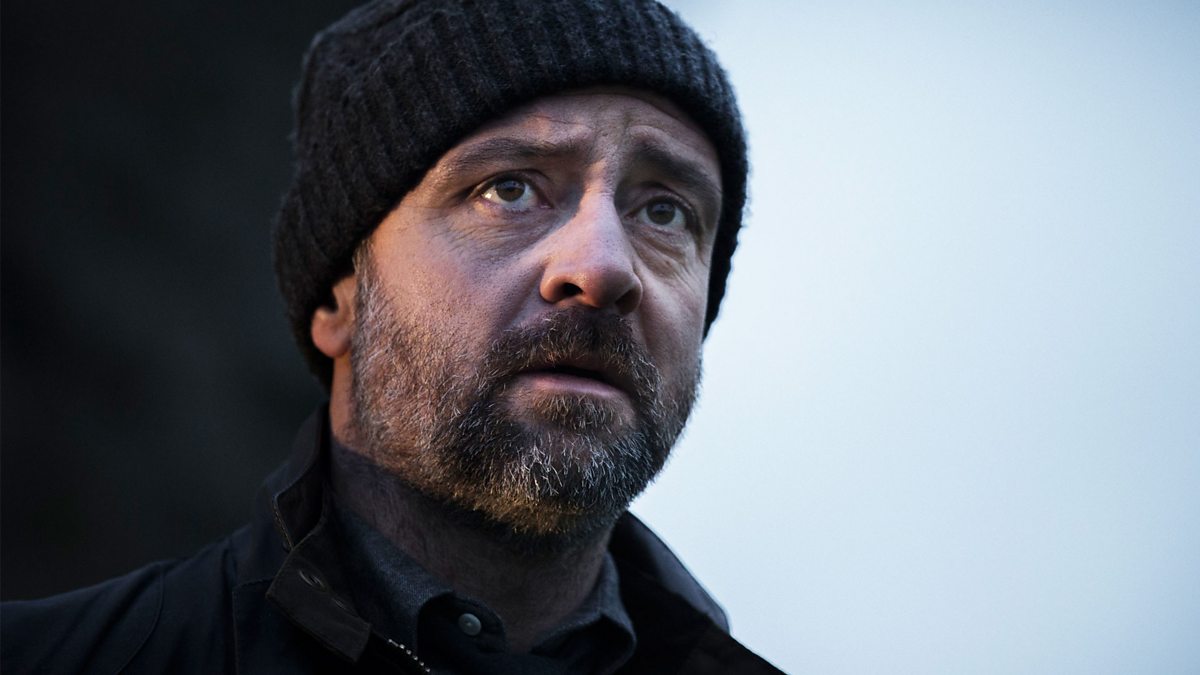 DCI Mathias and DI Rhys are told that a preacher's body has been found in his chapel.

In Welsh and English with English subtitles.

If it’s billed as “Hinterland”, then it’s going to be in a mixture of English and Welsh.
If it had been the all (or almost all) Welsh version, it would have been billed as “Y Gwyll”.

But to be fair, I seem to remember that the 2nd series of Hinterland had a lot more Welsh in than the 1st series, so I hope this one does too.

BTW, Mali Harries had a R. Cymru programme recently about “Cardi Noir”. (Well, a repeat of a programme from 2016 I think).
(She seems to have made quite a success of Gwyll/Hinterland semi-spinoff docus, but chwarae teg iddi. She’s good actor, and deserves a bit of success / recognition). 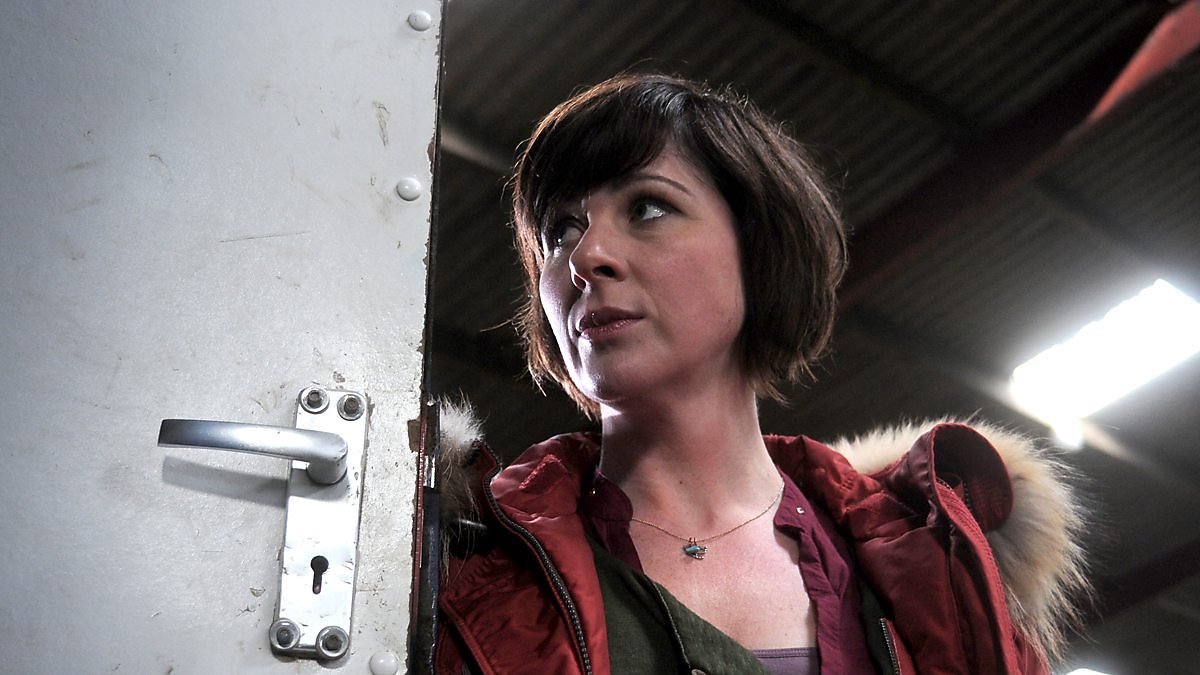 Ah gotcha - I see that now. The series just about to start on BBC4 is a re-run of the one that has just finished on BBC1…which is fab for me because I watched them and deleted them (!) I can now record and keep a full set because the amount of Welsh spoken (and subtitled) is huge - massive compared to series 1. And yes, Mali Harries keeps popping up. I regularly watch a thing that she presents called Y Ditectif. It’s basically a documentary about Welsh crimes/murders…cold cases or cases that made the headlines, Lots of forensic detail - very interesting.

Sorry folks! I may have given the wrong impression, although what I put was literally true! What is about to be shown in all UK on BBC4 TV is Hinterland as has just been shown on BBC Wales, in English and some Welsh with English subtitles for the bits of Welsh.
I really highlighted this because somewhere in the Forum folk had been asking why this slot on BBC4 was not used for Y Gwyll. The reason is now clear - why bother with that when you have a purpose built mostly-English version already subtitled for an English speaking audience?
The only way to watch yn y Gymraeg is to watch Y Gwyll!! The only way to watch that is on S4C in UK or via Satellite near UK (e.g. Ireland) or on line. Out of UK, it may or may not be on S4C International. but as BBC now pays for S4C out of license fees, I’d be very surprised if they didn’t grab what they can out of Hinterland!
Of course, those of us who live in Wales or watch BBC Wales are losing out! You see, we’ve seen Y Gwyll or Hinterland or both and now there will be no Scandi or Italian or French mystery drama with subtitles on BBC4 on Saturdays at 9.00 p.m. until Hinterland has finished!!

I really highlighted this because somewhere in the Forum folk had been asking why this slot on BBC4 was not used for Y Gwyll. The reason is now clear - why bother with that when you have a purpose built mostly-English version already subtitled for an English speaking audience?

My point would be that this is a bit of a waste of the subtitled slot. People can watch English in every other slot on all the other mainstream BBC channels. So why show something which is mainly English there? Especially when they could have shown a mainly Welsh version of it (i.e. Y Gwyll).

Anyway, @siaronjames has already given possible reasons why they don’t, and I’m content to leave it at that. For now at least.

I do not wish anyone to think I was pleased by the BBC’s choice! It seems like a money-saving ploy, but I suppose that is par for the current course!