Popular Welsh comedian Elis James is going out on a tour of Wales with his newest Welsh Language show.

I saw an early version of the same show at Machynlleth Comedy Festival in April this year and it was very, very funny.

Get tickets fast!!! The Llanelli show sold out on the same day they went on sale! 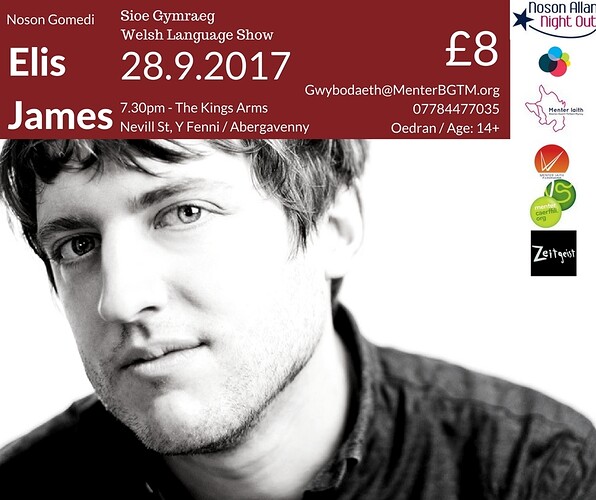 A quick reminder that there are still tickets left for the Abergavenny show on Thursday, 28th September!

Just as a final quick reminder. Saw this show in Aberystwyth!

Very very funny! Was happy with how much had changed in the show since Machynlleth in April (at least maybe 75% of it was totally brand new and had happened in his life since then!).

Very very funny. I won’t post spoilers but I will say that his Dad has an issue with thermostats…:D:D

How much of it is in Welsh? I’ve heard one criticism of a lot of modern Welsh comedy, that it’s full of English. This wouldn’t bother me to be honest, since I need all the help I can get, but I can see it upsetting people of a more purist point of view.