This is from earlier in the year, but the video has recently popped up again on Facebook, so I thought I’d post it here for people who may not have seen it. 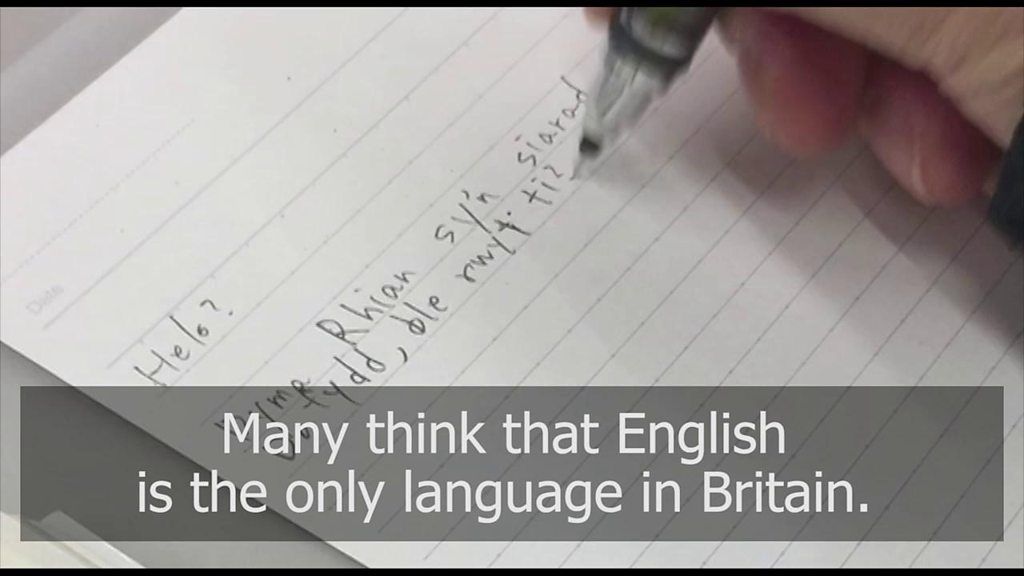 Welsh taking off in Tokyo

@elizabeth_jane I wonder if any of the students would be interested in joining the Aussie Skype Group? The time zone should suit them. Imagine having an Australian-Japanese cultural exchange through the medium of Welsh! How cool would that be?

Oh wow, Now how do we get it into Chinese Universities? Fair old population in China! Not same Eisteddfod, but how many come from the People’s Republic to compete at Llangollen? Cultural exchanges good!

Yes, if only I could get in touch with them…

@margaretnock - do you have any Welsh-speaking contacts in Japan from your visit there?

This is interesting. I’m aware of the Clwb Hiraeth in Japan for business people with Welsh connections and I believe that there are St David’s Societies.

At my son’s graduation at Aber, I heard four Chinese exchange students speaking Welsh. They told me that it seemed the most natural thing in the world to do - learn the language of the host country.

Like many universities in the UK, the one I work in has partner institutions in China. It would be something if the foundation courses that students undertake in them before completing their studies in the UK, could, at the very least, introduce them to the other indigenous, living languages of Britain.

I’ve had a lovely email in Welsh from Takeshi Koike. He’s away over the Christmas period in Slovakia, with his Slovakian wife and family, but will be back in Japan in January when the current academic year comes to a close. He said the next academic year won’t start until April so he won’t know until then how many students are interested in learning Welsh, but we will definitely keep in contact and see what can we arrange. It feels very exciting!

Indeed! Keep me posted. Our last Skype chat was fun.

Thanks for reminding me! I’ll get in touch with Takeshi again and see how things are going.

I think the teacher is called Takeshi.
When I used to work in Tokyo ,Japan I was admin secretary of Cymdeithas Dewi Sant which was the Welsh society for ex pats and local people who loved all things Welsh.
I believe Takeshi was a member.
If it is the same person he is a really lovely human being. He was passionate about Wales and the Welsh language.
So pleased to see he is doing so much to promote Welsh and his love of it.

A little while ago, completely by chance, I was googling a Welsh song “Tra bo dau” (can’t now remember why!) and this version by Takeshi Koike came up on YouTube. It’s beautiful.

If it is the same person he is a really lovely human being. He was passionate about Wales and the Welsh language.

It definitely sounds like the same person. I had a delightful email from him when I made enquiries. I’ll get back in touch with him and see how things are going. We have quite a number of SSiWers in Australia, and the time zone would be perfect for any learners in Japan to practise with them.

How cool would that be? People in Australia and Japan getting to know each other through the medium of Welsh!

I’ve emailed Takeshi so I’ll post again when I get a reply. I suggested that if he does have more students learning Welsh, that they might like to take advantage of the Welsh Speaking Practice Slack community. It would be great to have more people on there, especially people living in different countries.

Welshspeakingpractice.slack.com - A place to practice your Welsh! General / Questions

Hi All, Just in case anyone missed it the first time around, remember that there is a free online Slack community kindly set up by the SSIW community where a fair few of us are meeting on a nighly basis, spawning chat sessions with whoever is free at the time. I think I'm correct in saying we are almost at the point where there is a scheduled 7pm UK time chat every single weeknight that usually attracts a good crowd of people. It's free - and as much as we've got a load of SSIW people alre…

I’ve had a quick email back from Takeshi to say that he is joining the Welsh Speaking Practice on Slack and will be encouraging his students to do the same! So exciting to think we can speak Welsh with people in Japan!

If you’d like to speak to them and haven’t joined the WSP group yet, just send an email to admin@saysomethingin.com with WSP in the subject and your name in the text, and you’ll get an invitation to join.