Hi folks,
This comes up a fair bit, so it seems worth writing a short post about it.

Lots of Welsh content is restricted, e.g. in BBC’s IPlayer, or S4C’s Clic, so that it can only be accessed by people coming from an Internet connection in the UK. As SSiW has many many learners not based in the UK, this is a nuisance to a lot of people who want to practise their Welsh listening (or just straight-out want to enjoy the content).

While there are ways of bypassing this and making your Internet connection appear to be coming from the UK via the use of VPNs and the like, there’s a rule in place that we shouldn’t discuss these on this forum. This isn’t because the SSi Powers That Be don’t want people outside the UK to be learning Welsh, but a more pragmatic (and sad) reflection of the world we live in. These protections are put there by the Rights Holders for whatever reasons (e.g. they only have license themselves to broadcast some of the content in the UK) and if they were to try to take issue with the SSi forums being a place people can go for advice on bypassing them it could cause considerable inconvenience to the good SSi folks, which could in turn lead to Bad Things happening.

So for the sake of trying to prevent anything bad happen to the SSiW courses that we love, please don’t post with guidance on how to bypass such restrictions, however well-meaning you are, or however unreasonable the restrictions may or may not seem.

If you know of content that can legitimately be accessed from outside the UK, discussion of this is obviously still allowed, and positively encouraged.

If you know of content that can legitimately be accessed from outside the UK, discussion of this is obviously still allowed, and positively encouraged.

Lest anyone be too discouraged, as far as I know access to BBC Radio Cymru via iPlayer is not geo-restricted, or if it is, not to the same degree. And the podcasts (so far as I know) are available for anyone in the world to download.

If anyone finds that this is not the case, I would be interested in knowing.

You can’t install iPlayer if you’re not in the UK. The app itself is geo-restricted.

Also, some of them can do YOU harm as well. 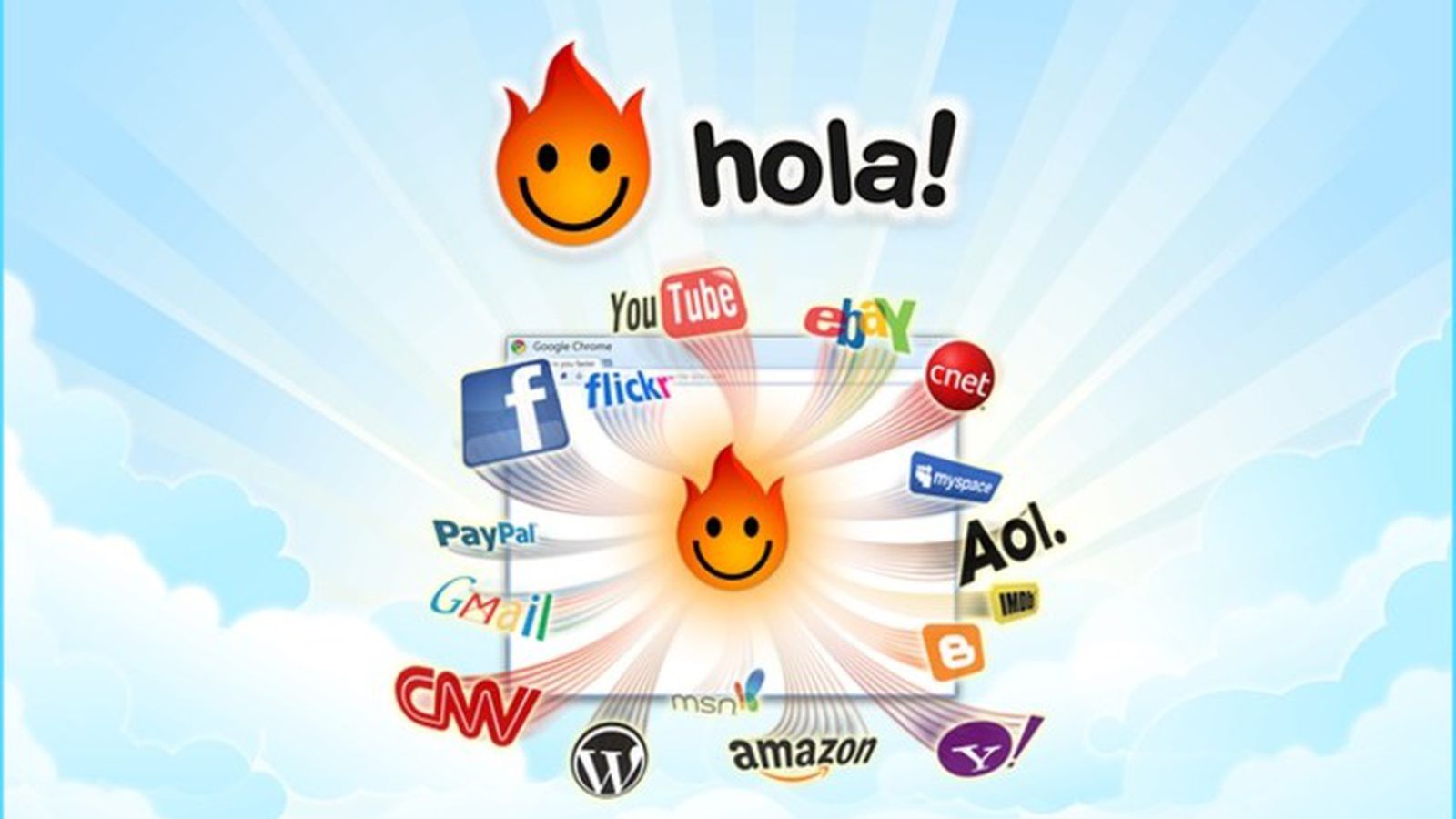 Hola, one of the most popular online services for viewing blocked videos and TV shows from other countries, has turned its users into a botnet without their knowledge. The software, which is...

But Radio Cymru is available via your browser or via the TuneIn app.

Generally, the only geo-restricted items on Radio Cymru are some sports shows where the BBC has purchased limited broadcast rights from the sport’s governing body (I think English Premier League football games featuring Swansea City and previously Cardiff City fits into this).

There may also be the odd musical item - sometimes the BBC is unable to broadcast certain pieces of music from one of the big Eisteddfods because of rights issues.

Yes, I can listen from my browser if I go directly to the Radio Cymru website.

Yes, I can listen from my browser if I go directly to the Radio Cymru website.

That was what I meant. (I haven’t quite caught up with “apps” yet …

I should make sure that I don’t give the impression here that any particular rights-holders have been making noises towards SSi in this respect, nor am I suggesting that the BBC/S4C or others are bad people out to cause harm. This is just a general policy that seeks to be careful not to do the wrong thing by people to avoid the possibility of causing ill-will.

As an aside, I’m led to believe that, in most cases, geo-restrictions aren’t something that the BBC/S4C themselves want to impose - they come about as a part of licensing deals that would be extremely expensive if they wanted to avoid geo-restrictions.

I’m just sorry I can’t watch some broadcasts on TV because of knowing more of Cymru and maybe seing some (to SSiW) very well known people and that’s all. I finally reconciled myself to the fact that listening is important not watching so much so Radio and some music is perfect for learner like me to gain feeling about the language.

Probably stating an obvious thing, but there is quite a lot of Welsh TV stuff on YouTube, available worldwide without restrictions. The most recent Cariad@Iaith is one example. I remember watching one YouTube video where the sound bit of “Happy Birthday To You” was filtered out due to copyright restrictions.

I’ve no idea how many people in China are using SSIW to learn Welsh, but YouTube and Facebook are not available there. Some BBC stuff is available, but that depends on how the politics are at the time.

Not only in China, YouTube is still forbiden elswhere around the world so are social media and we’re not even aware of it.

But, yes, YouTube can be one of solutions which (sadly as I have two channels on there) I’m constantly forgetting about. Thanks to remind me.

Well, as we in Slovenia say: Uncle and aunty Google know and have it all … (And YouTube is a Google stuff though).

Bypassing Facebook blocking is a national sport in China, at least it was when I was there a few years back

This may be of considerable interest as it indicates more S4C content will be available world-wide: http://americymru.net/profiles/blogs/a-message-from-s4c

This is great news! And hopefully the start of many more offerings to be made available to our international friends!
It does look as though it’s centred only on the USA at the moment though (and possibly South America, where in Argentina the Patagonia documentary will be of most relevance), but if anyone else gets access to these suggested apps and content in other parts of the world, do let us know!

I think an amount of Welsh-language television is already available in Argentina. Or it is according to an essay my daughter wrote for school a short while ago.

Or it is according to an essay my daughter wrote for school a short while ago.

That’s good enough for me, Rob

Bypassing Facebook blocking is a national sport in China, at least it was when I was there a few years back

The one thing that might possibly make me a fan of Facebook would be for the government to try to block it.

I’d need a bit more than that Mike