Animals we know or knew

I have mentioned my current little dog Toffi in the past. I may have mentioned riding or falling off a horse and recently I cluttered up another topic with totally irrelevant chat about my first Cavalier Kimg Charles, Truffle (Trwffl in Cymraeg). This led @Claudia_Beryan to show a pic of her cat, so I thought I should start this thread!
My second Cavalier, a friend for Truffle, was not famous for her brains. She wa part of my lesson into how cleverTruffle was! Tish could hunt. She did it just like a cat, stalking birds, but getting over and through a style was totally beyond her. Truffle showed her numerous times! I will never forget the expression on Truffle’s face when Tish put her head through the upper gap of a style and then put each front foot on one of her long ears, trapping herself!

ps to Claudia, when i was young we had a big tabby cat. Each evening, just before my dad got home, he would uncurl from wherever he was , stalk to the back door and demand to be let out. He then walked round to the front and sat pathetically to greet my dad, who could be heard saying “shut out again, are you old chap. Come along in then!”

What a clever tomcat! He knew your dad would feel sorry for him and give him some extra attention when he acted like a poor shut out cat waiting for the only ‘hooman’ in the family with a good heart! In fact, it’s an illusion of us humans to think we are the animal’s owner and in control. The truth is that they just love to ‘manipulate’ us…and they’re masters in this field, aren’t they?

This little posh fellow is Sam…well, we call him Sam, his real name is probably Ludwig, Waldemar or Leopold. He comes in through the garden every morning an goes back home in the evening. He belongs to people living in one of the nearby single - family houses…hope his folks won’t find out where he’s spending the days, as they may suspect that we want to steal him…:wink 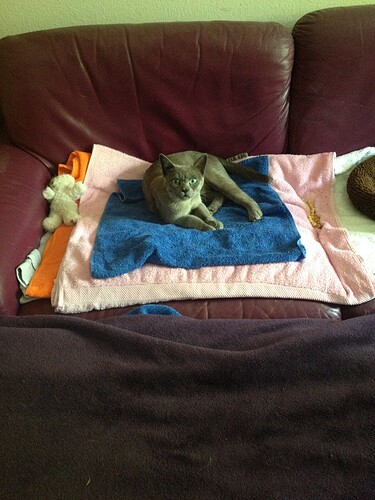 This is Luna. She sleeps in the recycling bin. 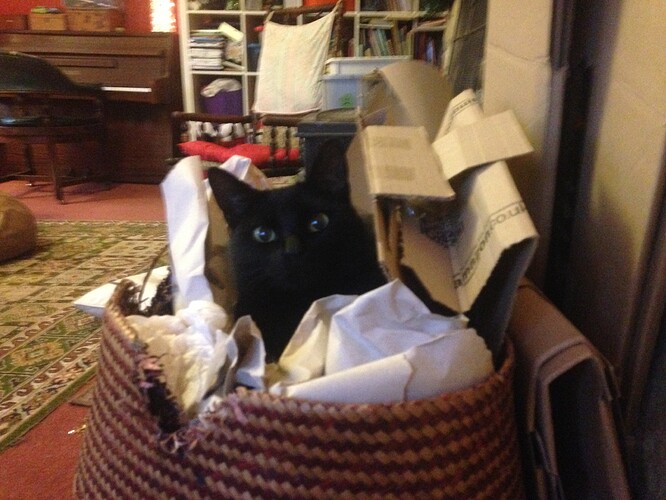 He comes in through the garden every morning an goes back home in the evening. He belongs to people living in one of the nearby single - family houses…hope his folks won’t find out where he’s spending the days, as they may suspect that we want to steal him…:wink

We “won” a ginger tabby that way. Long story, but we got the impression he came to us for a bit of P & Q because “his” children wanted to play with him all the time, and even though he wasn’t much more than a kitten himself at the time, I suspect their energetic “play” was a bit wearing for him.

Long story short, they moved away, and he stayed with us (for about 18 years or more, until he sadly passed away).

What a creative, beautiful cat Luna is! Ah, yes, she probably secretly is Borg and does her regeneration (re)cycles in her alcove that only looks like a bin…sorry, I got geeked away by this cute picture…

Ginger tabbies are so beautiful! Oh yes, cats do love quiet and peaceful places to rest and sleep. That confirms my belief that animals, especially cats, chose their humans and not the other way round.

There is not that much P & Q here, though…although no little children, but lots of cousins and cousines and other relatives going in and out the whole day, and they always have time to stroke our cats and give them some attention and love (and something delicious to eat…)

Our old cat was born when I was about six. He saw himself as my protector in those days. If my Mam slapped me, or just pretended to, he attacked her!
No pics. Did get a camera at some stage, black and white of course, but no idea where any pics went!
So, instead, this is clueless Tish - 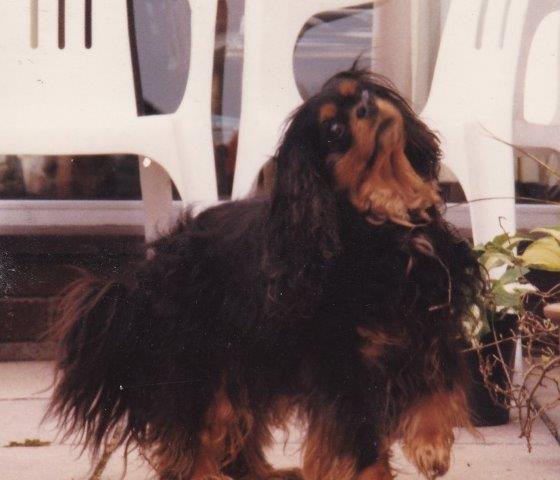 She is gazing hopefully up at a house martin’s nest, wanting to catch the occupants! It is under the roof guttering, but that doesn’t stop her patiently waiting!
She often had bad hair days. She and Truffle could walk on the same path and only Tish would end up with gorse everywhere!