Your Inspiring Pictures of Wales

It is really lovely to see the forum coming alive again. One of the threads I really missed from the old forum was everyone’s pictures of Wales. Forgive me for indulging myself self on this occasion but I wanted to share a painting, by my daughter, of Aberdaron painted from Porth Meudwy.

Thanks! I am very proud of her, she is going to go spare when she knows I have shared it… although secretly she will be pleased.

That’s quite some talent she’s got there! Thanks for sharing…

Is that recent? Looks as if her work with colours is getting even stronger than it already was

Hi Aran, yes, this was her A level piece from the Summer. It’s going on our living room wall when we get it back!!

That is really fantastic. I love the foreground color against the dimmer, very-Welsh-looking, background.

I saw this amazing spectacle while in Aberystwyth at the weekend! Thousands of starlings roost under the pier during the winter. 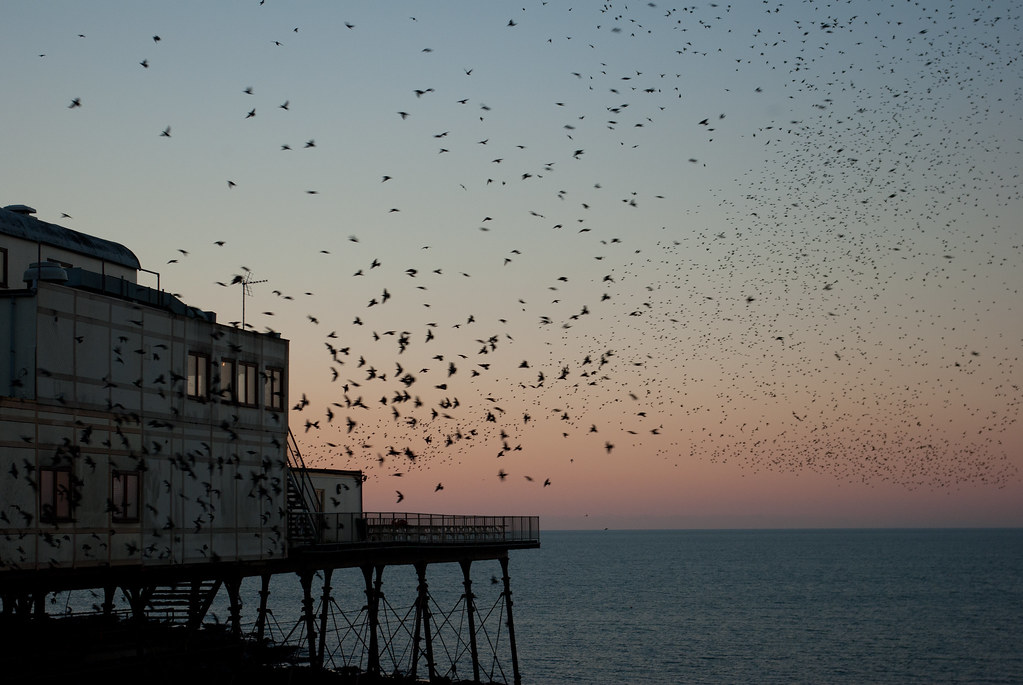 Wow, great picture!!!
Would love to have been there. Bet the noise was pretty impressive too.

Porth Clais, Sir Benfro (Pembrokeshire)
This is the place where the giant boar Twrch Trwyth (an Irish King who had been turned into a Boar) arrived in Britain from Ireland pursued by King Arthur and his knights! The story is told in the tale of Culhwch and Olwen in the Mabinogion.

I wanted to share a painting, by my daughter, of Aberdaron painted from Porth Meudwy.

That isn’t self-indulgent, it is extreme kindness in sharing your daughter’s great talent with us!! Those a tad younger and fitter than me will tell folk in the future, “I remember seeing her A-level picture on SSiW fforwm!!” (that last is my effort at rendering ‘forum’ into Cymraeg!!!)

Thank you! We still haven’t been able to extract it from her school and get it on the wall but we are working on it!

This is a photo from the start of our walk round Llyn Padarn, Llanberis is on the right just round the corner and Yr Wyddfa/Snowdon is just hidden in the cloud.

And this one’s from further round the same walk

It’s a beautiful part of the world

The pics took me straight back to holidays there!!!

My phone would not let me see your second photograph… really captures the atmosphere…, I can feel the cold coming of Llyn Padarn from here!

Also some of the already identified photos many be wrong as I’ve spotted a couple of photos that have been wrongly labelled so so there may be others. (you can browse through the photos by country then by county)