Why Welsh? Why SSiW? What's your story?

Don’t know his full name, Siaron, although I did say I’d look him up when I visited Caernarfon. Of course, we visited when everyone and their nain were at Eistedfodd

Say hi from Bob in Donosti for me!

Say hi from Bob in Donosti for me!

Will do, next time I see him

Hello, Catrin…
My most loved relative was my grandmother who was Welsh. Her dad was a miner, and his dad before him. My Welsh ancestors were mostly from Cardiganshire. Grammy did not speak Welsh around me or talk about her Welsh ancestry, but she really loved many Welsh things, such as the food, which she enjoyed. When I was 9, she took me to Colorado where her great aunt and uncle still lived, and they made Welsh food for us, such as Welsh pasties, using the veg from the victory garden that took up the entire back yard!. I drank Welsh tea and they drank some Welsh beer or ale and got tipsy and ridiculous and it was a 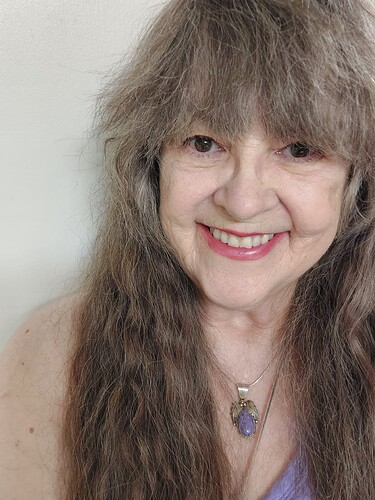 00061920×2560 513 KB
fun trip the memory of which I still treasure, 60 years later! My Grammy is long gone, but I am half Welsh, and then most of the rest of my Genealogy and DNA is from the Celtic lands - Cornwall, England, Ireland, Scotland. I am descended from or otherwise related to various well-known people from U.K. history, so I feel my connection keenly. (The recently departed Queen was my 21st cousin! I realize she was not Welsh. I guess I am rambling.)

Anyway, I am retired and single, so I can do whatever I want, within the limits of my disabilities, and I have decided to learn more about Wales, including the language, though finding someone to talk to in that language is going to be a challenge, especially now during the COVID emergency.

I have tried to find a Welsh society here in Albuquerque, New Mexico, USA, and there USED to be one, but it has disbanded. I will try to dredge up some of the old members, if possible, as I have an old address for them, but I am pretty sure I am going to have to get creative when it comes to finding people to talk to, especially since traveling to the UK is not possible for me. Anyway, if someone has information about how to make contact with Welsh speakers in the U.S., that would be helpful.

I will be happy to send you a recent photo of myself, if I can figure out how to do that.