Found these courses on memrise, but some seem to have a few mistakes and I would avoid them…However …some are really good vocab builders

Which ones have mistakes and should be avoided?

Which are really good vocab builders?

It can be hard for learners to tell.

I’m doing the 150 verbs one and am finding it really good.

I have been a major fan of Memrise in the past, less so now. Not that I’m not a fan of the idea of spaced repetition, which is one of the fundamentals of SSIW. Things come and go, there is nothing wrong with a good Memrise course. Remember also that you can write your own list, and keeo it private. Perhaps the vocab at the bottom of the page in a learners novel. Or the vocab you need to be learning in a non SSIW class.

Thanks for the tip Kimberley. 150 verbs is really good, I was amazed at how many I actually know already - thanks SSIW! Also - is that you at the top of the leaderboard? Hecky!

No idea, I’ll have a look now…

Lol yep that’s me. I’ve been doing the course while my research participants have been doing their cognitive tests (which are automated so mostly don’t require me). I get bored otherwise!

I find Memrise a mixed bag and really useful when you hit on the right course. Maybe I’ve missed it but I’d hope there would be something more like a shuffle mode. I’ve had a go at learning alot of words starting with ‘A’ and ‘B’!
I found this one a real challenge but surprisingly useful as plenty of the words pop up on the news on Radio Cymru. 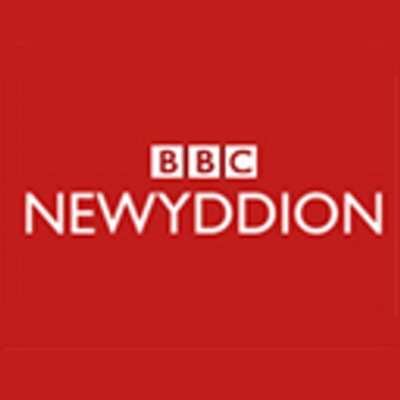 A list of useful words to listen out for on news bulletins. Listening to news items and then answering questions is part of the Canolradd exam for adults.

Thanks for that one, @Richmountart, I hadn’t noticed that one and will give it a go. Like @Kimberley, I found the 150 verb one to be good, and I’m now doing the 150 adjective one. I learned a lot from “All Around Confidence: Everyday Vocab”. And as @margaretnock says, I’ve also made my own private courses - for words I keep hearing that just won’t stick, and to help learn how to spell some of the tougher words, and I did make one with the vocab from “e-ffrindiau”, but it was a lot of work and I never finished entering it all.

That said, I have started several and abandoned them, because they just didn’t hold my interest for some reason. So I’m always glad to hear what other people found useful.

I’ve also made my own private courses - for words I keep hearing that just won’t stick, and to help learn how to spell some of the tougher words

Thanks for the tip, something I didn’t realise that you could do and would be a really useful thing to get going!

Ooooooooo I didn’t realise there was an adjective one - off to find out now. Diolch!

I haven’t used memrise for a while, I did find it quite good I was using it to learns parts of the body and also reinforce mynediad and then start of sylfaen. I’m now using duolingo instead though.

Is there a way of saving half way through a topic on memrise please? I got a bit tired after completing about 20 verbs of the 150 and closed it. Went back in to check and it was back to the start. Admittedly it didn’t show me as a user.

It should save your progress at whatever point you are at, as long as you are logged in. I’ve never had it lose my place, whether I use the computer or the iPhone/iPad app, and I’ve been using it for over a year - but I’m always logged in.

You need to sign up for Memrise to be able to recognise you and your learning history. You also get to see all the available, public courses once signed up.

Thanks, All. I realise what happened now. I used the link that someone posted, above. This opened the site without my ID, so didn’t save. However, when I reopened using my log-in (favourite), there it was saved at the point that I had reached - creepy.

PS. So far all of the verbs encountered have been in my (actual) memory - from SSiW and the old 1990s Dosbarth Nos. I’m not sure how I will get on with new words without any audio. I might need to listen to that robot on Google Translate, or perhaps my grounding with SSiW will suffice.

new words without any audio

Yes, I’ve found that challenging as well, but what I’ve found is that, as I pick new words on memrise I start to recognize them on S4C/radio Cymru and I can get a feel for pronunciation then. A lot of the time I forget the meaning of the word but recognize that I’ve been learning it so it’s floating round the grey matter somewhere!
I’ve also found the speed review option is handy for instinctive answering, rather than giving myself time to doubt my translation!

as I pick new words on memrise I start to recognize them on S4C/radio Cymru and I can get a feel for pronunciation then. A lot of the time I forget the meaning of the word but recognize that I’ve been learning it

Same here. It’s funny how a new word I have learned/am learning suddenly starts popping up all over the place

Especially when I realize that the way it is pronounced is different than what I thought!

@JohnYoung I agree that knowing how to pronounce words you’ve learned just by reading is hard. A good resource is forvo.com, where actual native speakers have recorded various words (not just Welsh, tons of languages). Of course, the word you want isn’t always there, but it’s still really helpful.

In the past I have also used Ivona to get some idea, even though it’s a computerized voice and you can’t always trust pronunciations. However, the ability to type a phrase in on the website and hear it seems to have disappeared, as it is being replace with something called Amazon Polly

I’ve just finished the 150 verbs course, and I can just emphasize what other people have said on here before – the learning process is quite different from the “SSiW way”. I certainly learned a lot of new words, but the words that I hadn’t already heard/read through SSiW or other sources before really took quite an effort to get them to stick. I apparently have the words lodged in short-/mid-term memory now, as I was able to go through a “Speed Review” with 100 words and no errors, but I guess I’ll just have to wait and see how well they’ll transfer to long-term memory.
Next up, nouns or adjectives, sa i’n siwr eto.