There have been many threads on this forum over the years discussing books suitable for learners of all stages. We’ve had some wonderful reviews and suggestions which have been a valuable resource for forum members.

But unlike the Welsh Music thread and the Welsh Gigs thread, there isn’t one single thread on the forum for discussing Welsh literature, so I thought I’d start one!

So please feel free to use this thread/topic for general discussion of all kinds of Welsh books. Use it as a place to make suggestions, give reviews, to exchange books, to ask for suggestions and so on. It may well become a very valuable resource! Diolch!

Nice one Catrin … I’ll start us off then.

This book has made a massive impact since its release this year after winning the “Fedal Ryddiaith 2018” at the Eisteddfod … and rightly so.

I would say that it is at a reading level suitable for young teenagers but the story is enough to keep all ages entertained. Very clever, very thought invoking, very emotional. 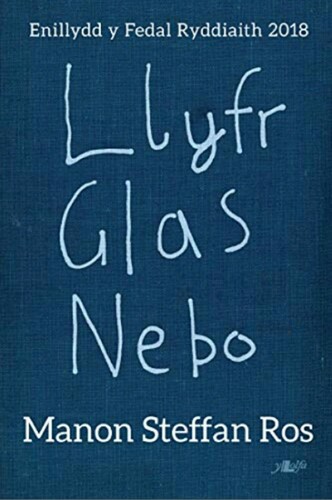 Oh no. Oh dear. How embarrassing. Geraint is the first person to respond in this thread, and paints a target on his own forehead by NOT SUGGESTING THE COLLECTION OF SHORT STORIES THAT CATRIN CONTRIBUTED TO…

If you’re fond of Gruntius, maybe now would be a good time to make your farewells…

Yeah, I read that book, it was ok I guess.

I’ve actually just finished this book this afternoon having dipped in and out of it since it was published. It’s a collection of 13 short stories and accounts with the running theme of motherhood. They are all very varied in subject matter, writing style and dialect. In view of that I would say that all reading abilities are catered for so be aware that while some are relatively easy to read, some of them are a lot more difficult.

A very enjoyable read throughout with lots of laughs, lots of enthusiasm, and lots and lots of feels. The obvious advantage of having a collection of shorter pieces is that you can read whichever one takes your fancy depending on mood or reading ability and not worry about missing out at all.

I will definitely be looking for more material by a fair few of these authors. (Come on @CatrinLliarJones, we’re waiting. 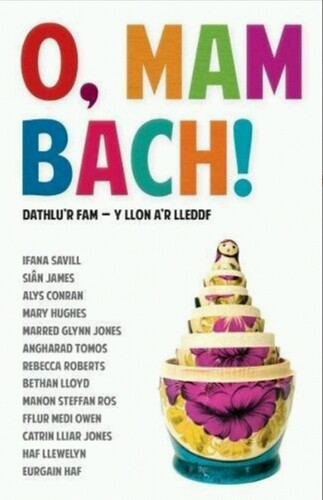 Oh my life! I see my husband is in a ‘leg pulling’ mood this evening. [runs and hides]

Thank you for all your suggestions so far, lets hope this thread becomes a vibrant one! Great idea @gruntius to include cover photos.

Llyfr Glas Nebo is a work of art - it’s beautiful, it’s concise, it’s important, and its will be wisdom with you forever. I picked it up and couldn’t put it down till I’d finished it.

Diolch for being so kind as to take time to mention O Mam Bach - but you really didn’t need to and I certainly don’t think my contribution warrants being in the company of Llyfr Glas Nebo!

Geraint has described O Mam Bach’s eclectic collection of short stories perfectly. Alongside some of the more intense and heart-rendering tales in the book, my contribution is frivolous and was fun to write. It includes a lot of dialectical dialogue which may at times be difficult to understand. But it was an honour to be included with such outstanding authors, especially as it was my first ever published work.

I’ve actually got an autographed first edition of said collection. It was even better than “OK”

As soon as I started learning Welsh, I bought and started reading “Rhys Lewis” by Daniel Owen (reputedly one of the first Welsh novels). I promise I’ll publish a review when I finish it but it might be a year or two yet.

Here’s a rather good detective type story in the “Stori Sydyn” series (short books written in a way to try to encourage people into reading, using simple language, shorter sentences and shorter chapters) and at just a quid is one of the best value reads you’ll get. Probably in the beginner to intermediate level I would say but certainly not difficult.

The story starts off, like any detective story, with a crime, a rape to be specific but isn’t too graphic, and carries on with the victim seaking revenge. Will she get it?

I thouroughly enjoyed this book and found the writing style quite easy to get into. The need for short stories like this to draw you in straight away was well executed here. It’s quite a dark storyline and a bit intense in parts but very entertaining with a well thought out ending. 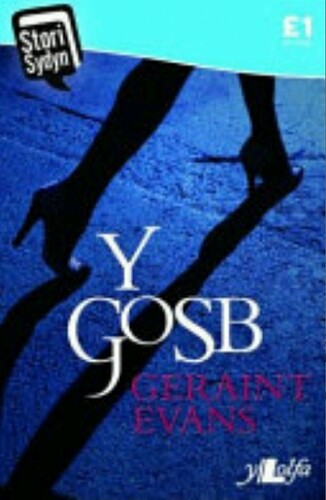 Can we bring the thread “Books” and SSiW Welsh Book Club into relationship, please?

That, so far as I understand, is the point of this thread … to supercede the other book threads. Maybe I’m wrong, it wouldn’t be the first time.

You could maybe leave a link at the bottom of the other thread to this one?

Thanks. I’ll learn how to do that first thing once I’m home again.

Can we bring the thread “Books” and SSiW Welsh Book Club into relationship, please?

As the other thread is still fairly short I’ll see if I can bring both together.

That, so far as I understand, is the point of this thread … to supercede the other book threads. Maybe I’m wrong, it wouldn’t be the first time.

You could maybe leave a link at the bottom of the other thread to this one?

Absolutely Geraint! You are spot on. There have been several varying book threads over the many years of the SSiW forum, but no central one. So the idea is to create one central super thread for all book suggestions and discussion.

Investing on my Welsh learning!

The one on the left, perfect for my current level! 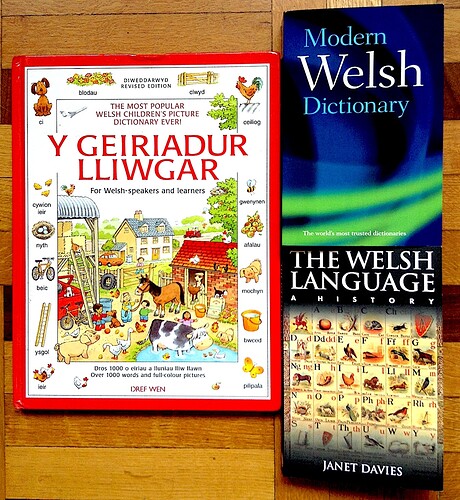 Two of those are also the first two books I bought! Y Geiriadur Lliwgar and Gareth King’s Modern Welsh Dictionary!

The one on the left is great, as I have the same book in English (“First Thousand Words”) only it’s an older edition from 1975 and it’s fun seeing how they’ve made it more inclusive and representative of our changing population and health and safety rules. In the 1975 one, the fire in the garden is a little bonfire; in the later one it’s in a little brazier. In 1975 the matches in the kitchen are loose on the table; in the later one they’re on the windowsil away from the children, and in the later book some of the people have been coloured in to make them darker skinned! 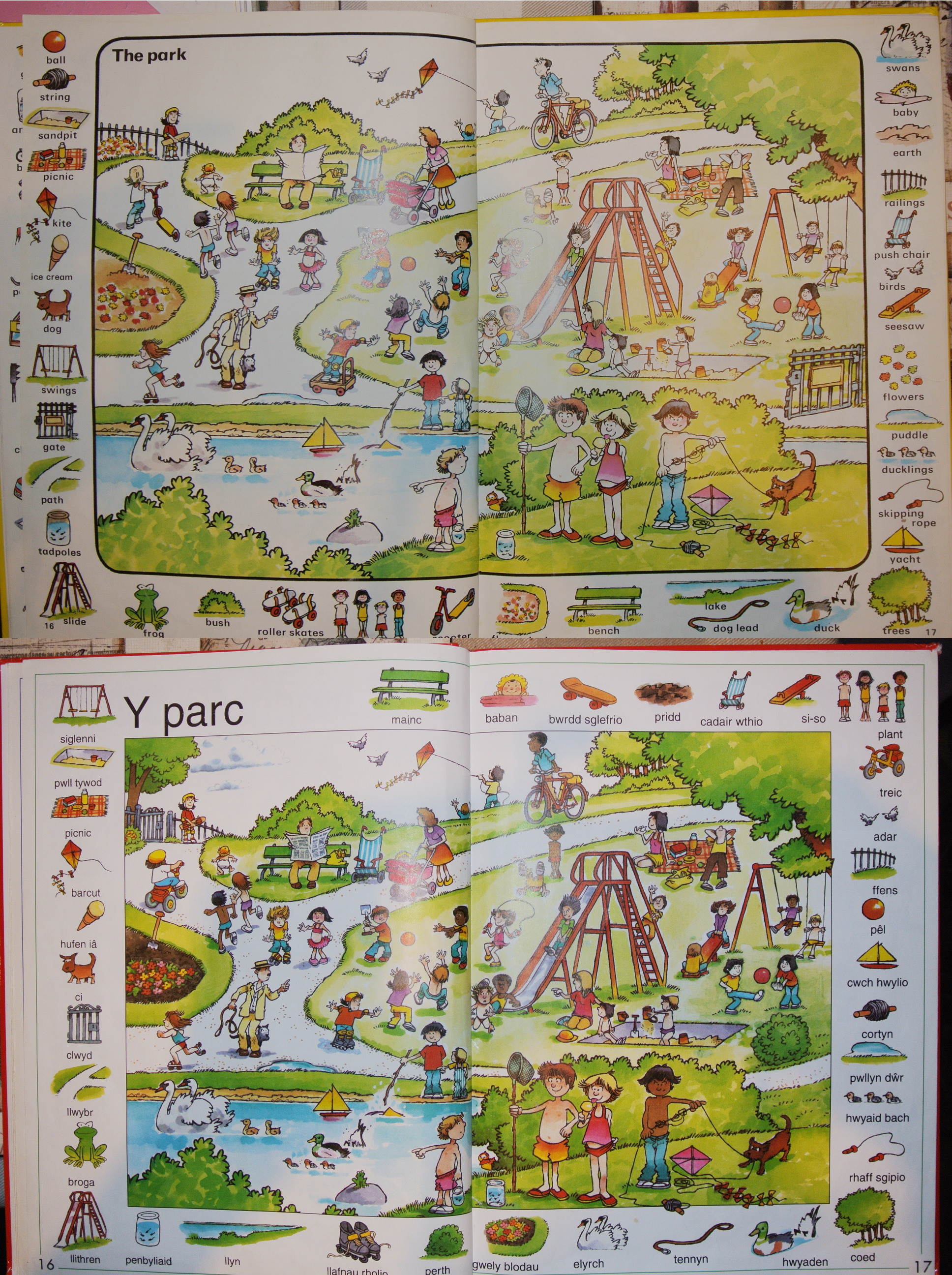 It’s very interesting to see the differences, isn’t it?

I had a similar in Italian as a child and I absolutely loved it, by the way - in fact I thought it would still be useful and fun to use one of those!

Trwy’r Darlun and its sequel, Trwy’r Tonnau, are about the adventures of a brother and sister as they travel to and around an alternative world full of weird and wonderful creatures in search of missing parents, facing dangers on a daily basis and making new friends along the way.

I’ve literally just finished the second book this morning and have to say that, although these books are aimed at the 9 to 13 year old market, I have really been kept entertained by the whirlwind storylines. Being drawn into books aimed at children probably says a lot about me but I’m fine with that. 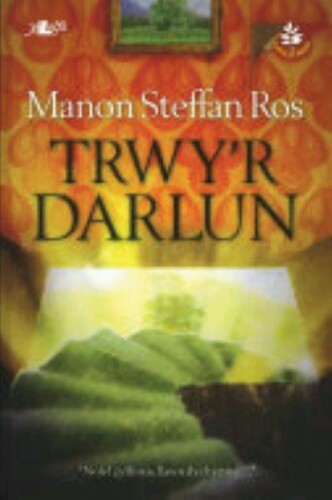 This is very useful advice! Diolch!