The intricacies of counting in Welsh

I have always know a bit about the old-style Welsh numbers because my mum (who is a first-language Welsh speaker) went to school well before the new-style decimal numbers were introduced. (In fact, as she doesn’t live in Wales, she hadn’t even heard of the new numbers till I started learning Welsh).

Are there any other examples of how the old numbers are clinging on in natural language - or the history of the old numbers in general? (One for you, perhaps @garethrking ?)

And since there are lots of polyglots on this Forum, what other examples are there of languages ignoring decimalisation in their counting systems? 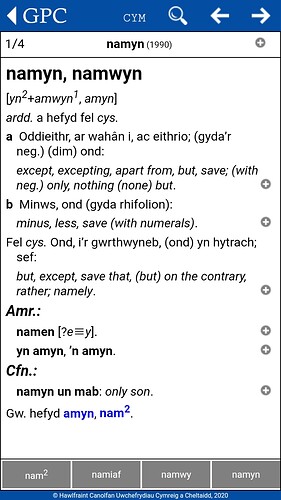 Well for Welsh - as I think I may have mentioned here and elsewhere before - it is surely true that the original numbers are clearly alive and well (and preferred by native speakers) for time of the clock - 12 (o’clock) is deuddeg (o’r gloch), not ‘undeg dau’. Be here by 12 is certainly Byddwch fan hyn erbyn deuddeg, and ‘…erbyn undeg dau’ would sound (I respectfully suggest) a bit odd. Similarly unarddeg eleven - …erbyn unarddeg, not the odd ‘…erbyn undeg un’.

Of the numbers themselves, ugain twenty is very much alive and kicking, and never wrong of course: twenty years is ugain mlynedd, twenty minutes is ugain munud, twenty quid is ugain punt, and so on and on. It’s far preferable to the invented ‘dauddeg’ not least because the latter sounds so similar to deuddeg twelve, also widely current. Then pymtheg is widely heard for fifteen - pymtheg punt fifteen quid, and so on. I also used to hear deunaw eighteen regularly and normally among the folks in the village where we lived in Mid-Wales. Ditto hanner cant for fifty - by far the most common way of doing exactly fifty (though you need pumdeg from then on till fifty-nine - you can’t say ‘dau ar hanner cant’, for example, for fifty-two - it has to be pumdeg dau). And I heard deugain frequently enough for forty, though admittedly I also heard pedwardeg quite often as well.

I understand (unless someone here can correct me - I hope they can, actually) that all these real numbers are now excluded from the education of primary-age children in Wales now, as the language police/planners tighten their grip and continue their project.

all these real numbers are now excluded from the education of primary-age children in Wales now,

What a shame! It takes the beauty (and half the fun) out of counting. I’ve always loved the use of ‘hanner cant’ - well, I did until I turned fifty!

what other examples are there of languages ignoring decimalisation in their counting systems?

I seem to remember that French has a similar system? I’m wracking my brains to think of more now. Really interesting question, @Catriona!

Yeah, they use it in Scottish.

dà not ach sgillinn which literally translates as ‘two pounds but a penny’. £1.99

Love the way they use not/Note for pound as well.

Diolch, Gareth. I knew you would be full of fascinating information!

A Celtic thing then. Anyone know about Irish? Cornish? Breton?

I seem to remember that French has a similar system?

Indeed! Nothing quite as fun as Welsh, however, just enough to mean discussing the year, for example, requires a troubling amount of mental arithmetic. 1999, say, is mille neuf cent quatre-vingt-dix-neuf or ‘1000 + 900 + (4 x 80) + 10 + 9’. I believe there have been efforts to decimalise in places like Belgium, where 70 is septante rather than soixante-dix (60+10) and 90 is nonante rather than quatre-vingt-dix (4 x 20 + 10), and Québec have broken rank entirely and switched 80 to huitante to avoid the whole business of multiplication altogether.
Slightly tangential, but when I lived in France, I always enjoyed that you can put an ‘aine’ at the end of loads of different numbers to make it an approximate or more substantial figure, much like ‘a dozen’ (douzaine) or ‘a score’ (vingtaine) in English, but with whatever big number you like (e.g. onzaine or trentaine). It added a sort of existentialist nonchalant shrug to the whole business of counting, which I found charmingly Gallic. Is there something similar in Welsh?

Oh, yes! I seem to remember learning that Swiss and Belgian French had gone their own way with some numbers. Thank you!

I’m not sure that “efforts to decimalise in places like Belgium” is quite correct. Septante, octante (or huitante) and nonante, as used in Belgium, Switzerland, and a number of other French-speaking countries, are old forms based on Latin counting systems, whereas the soixante-dix, quatre-vingt, and quatre-vingt-dix are (also old) derivations of the Gallic 20-based counting systems.

Both forms are correct, but the French themselves prefer the more convoluted 20-based method of counting. Here in Belgium, the minority French-speaking community uses septante and nonante, though I have never heard octante or huitante.

I love the intricacies! Interesting that numbers seem to be the most common form of code switching I hear day to day. I wonder whether having a dual system makes it more likely that people to switch to English to use them? Could just be a local thing amongst the people I speak with!

Also used is chweugain
According to the Geiriadur Prifysgol it means ‘chwech ugain’ = 120 as in six score (if talking about soldiers etc), or 120 pence (deg swllt - 10 shillings, or hanner sofren - half a sovereign) used to refer to a 10 shilling note, or nowadays of course a 50p piece

used to refer to a 10 shilling note, or nowadays of course a 50p piece

Yes, my friend Twm Morys the poet and musician routinely used chweugain to mean (by then, in the 1980s) 50p. He would say for example dwy bunt a chweugain for £2.50.

He would say for example dwy bunt a chweugain for £2.50.

That’s great … and now I’ll be using it too.

Oh that’s brilliant. Thank you, both!

What a fascinating topic! Thank you. I just love languages which is why I’m (trying) getting my teeth into Welsh

Should I ask her if she has ‘ugain munud’ to spare?!

I’ve recently finished reading Mae Pawb yn Cyfrif by Gareth Ffowc Roberts, about Welsh and Maths. Amongst all sorts of fascinating snippets he points out - pace @garethrking’s eloquent defence of the traditional numerals - the problem that, for example, wyth mil a deugain could mean either 48000 or 8040… and no way of knowing which.

the problem that, for example, wyth mil a deugain could mean either 48000 or 8040… and no way of knowing which.