Just 4 days to go for Owen Shiers’ Crowdfunder attempt to produce a CD of the forgotten folk songs of West Wales. You can read more about the project, hear some of the songs he has collected, and support him, at:

What a great idea…

@Deborah-SSi - could we send out a one-off email to draw people’s attention to this, since the date will have closed by the next weekly email?

@Iestyn - good one for a few plugs on Twitter? I’ll go stick it up on Facebook, too…

After a nailbiting few weeks for Owen, there has been a rush of support for his Crowdfunder appeal today, and HE HAS REACHED HIS TARGET!!! No surprise to me, of course, but he may be wondering what hit him… I hope everyone who supported him really enjoys the music he produces,

he may be wondering what hit him…

Well in these two days the project gets quite some publicity in social media especially in FB Welsh groups. In every group I’m a member of someone shared this and so is shared on twitter too. Two powerful media platforms which can make a bomb blast! He’s well over the target now what pleases me.

Hooray! I look forward to receiving my CD next year. Thank you for mentioning the project here.
Sue

Thank you for mentioning the project here.
Sue

Yes, that was a bit of a perfect trigger

Below is the response from Owen if you haven’t seen the email he sent out:

I’m completely bowled over by your pledges and messages of support. It really is heartening to know that you feel this is an important project for the culture and music of Wales.

There’s still two days left to pledge, a new target and a new reward which I am really excited about! If you thought the Poly-Olbion map was nifty, well I have asked Ceredigion storyteller and illustrator Peter Stevenson if he will make a song map of Ceredigion which will feature characters and stories of the songs from the album (a bit like the image - cool eh?)

Any extra money raised over the initial target will pay for Peter’s artistry and also help cover some of the running costs the Crowdfunder campaign not covered by the original target (approx £700). 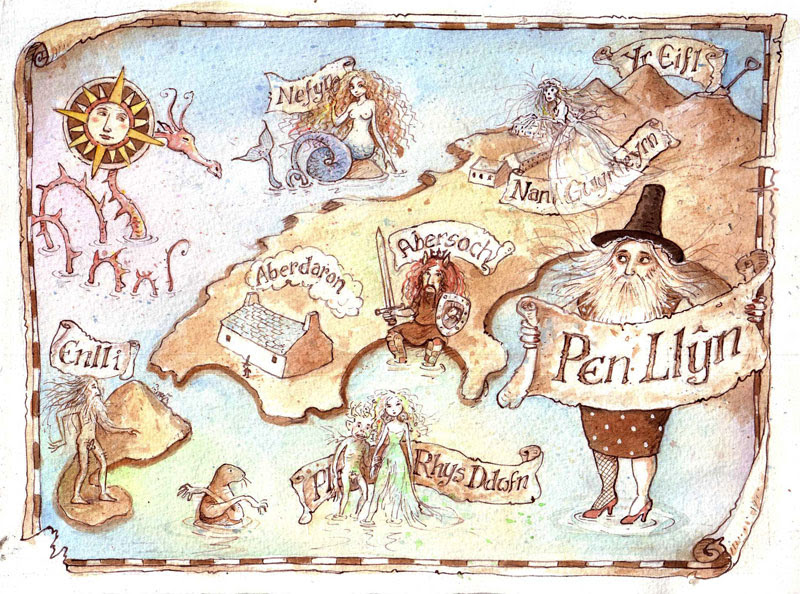 I have just received an e-mail to say that the album is finished and the CDs should be ready by mid October. Crowdfund patrons will receive them not long after that. The official album release will come later. I’m looking forward to listening.
Sue

I’m listening to the CD now and it is great. I’m really glad that I supported the project. 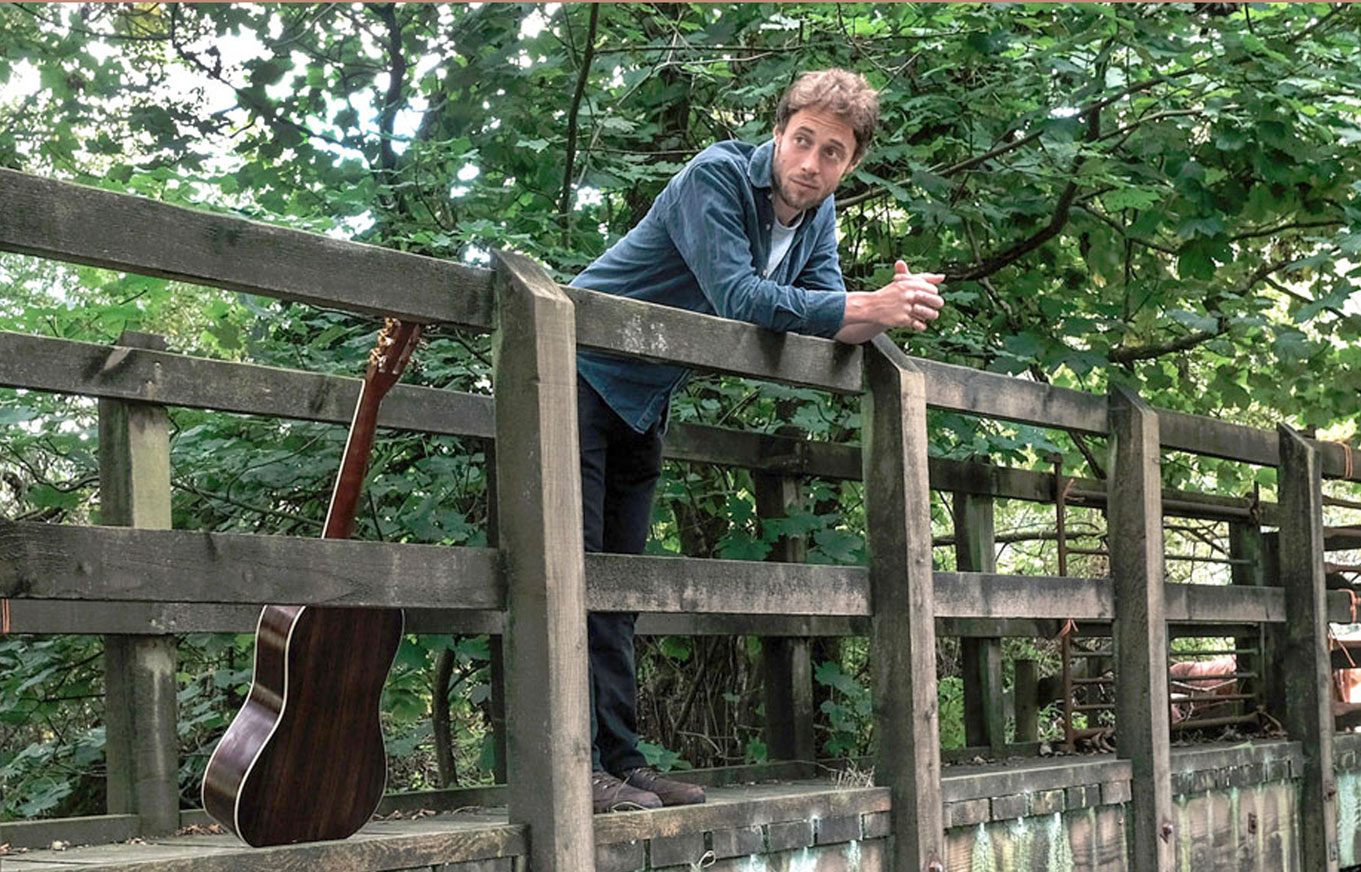 This is the link to the original Crowdfunder page where Owen has updated the news with a new video. The original video explaining the project is there too 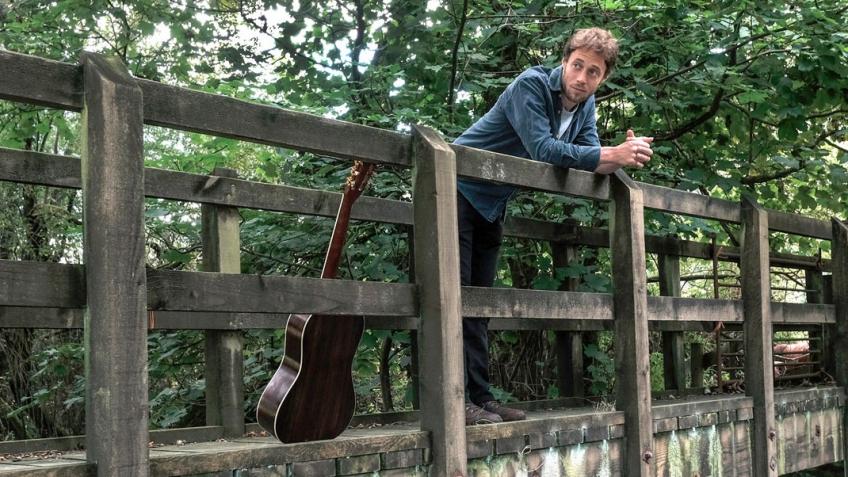 I am the proud owner of the digital version and I love it. However when the physical CD will be out for general public (not just those of us who supported the project) I intend to order it much because of additional material which you partly get with digital copy too, but not intirely.

So yes, it was worth waiting!

I still like physical CDs. The home page that I linked to above leads to background in Welsh and English, Welsh words of the songs and English translations. I e-mailed and asked for the Welsh words, saying that they would be very useful to learners, and I got a lovely reply.
Sue

The latest update from Owain who is back touring after the Covid restrictions:

I had a blast in Glasgow in February performing at Celtic Connections festival. It was great to meet so many talented musicians and also represent Wales along with six other Welsh artists on the international stage. You can catch the highlights from two special programmes for S4C and BBC Wales here:

Back in November I sang a few obscure Ceredigion folk songs as part of a live session for the ‘Ambell I Gân’ series on BBC Radio Cymru. The presenter Gwenan Gibbard managed to collect such an eclectic range of songs and tunes from around Wales during the series that Sain Record label have decided to release the songs as a compilation album - and it’s out on the 4th, so do keep an ear out! 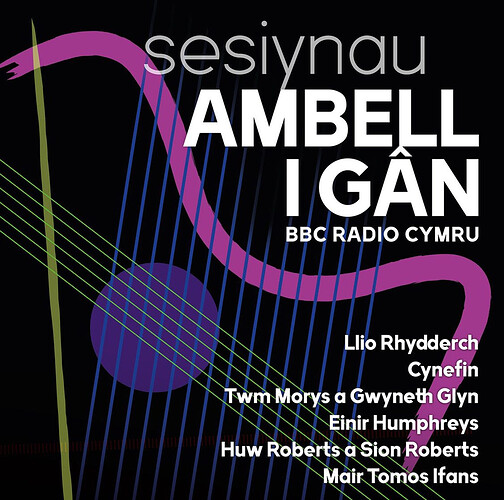