I’m so happy that Aran has asked us to open a Scottish Gaelic section within the Welsh Speaking practice group/Slack software package.

So I just thought that it might be nice to have a sister topic on here - so as not to flood the existing Gaelic learning topic.

Edited:
Please let me know here or on Slack if you would like to join the Gaelic Channel. It’s just that’s the way it seems to work.

This is a terrific idea, John - diolch o galon i ti

I’m one of those who decided to give it a try on Duolingo, a few months ago.

I thought: “Well, when I first tried Welsh language on Duolingo, with no previous knowledge of Gaelic languages I was very surprised to find it way easier than I expected.
For pronunciation, only one sound was completely new - most of it was exactly like Italian and English.
A lot of words were incredibly similar to Latin, and everything else was easy enough to figure out or guess and finished the introductory level without too much effort.
Now Scottish Gaelic is going to be much easier to start!”

The only thing that seems familiar thanks to Welsh is something about the structure - like starting with the verb and such, and part of a few words.
Everything else seems completely different!

I can’t understand how they pronounce words, and it took me a whole lot of time and attempts to be able to reach Level 2 of the Intro (meaning this):

Just for a laugh, I’ve also been considering that when I tried a DNA/ancestors test, most connections in the UK went towards Scotland (none in Wales, by the way).
So I can now say that either DNA doesn’t really matter for language learning, or my unknown ancestors must have all been non-Gaelic Scots speakers!

How did it go for you?

I’m going the other way Gisella, well a long time learner of Gaelic, went the whole way and did a degree course as a mature student. Been on SSiWelsh for nearly two years now and getting on fine and also now using Duolingo and watching lots of S4C. If you are stuck for pronunciation of words there is an excellent resource here on the Learn Gaelic site. Every word comes with a sound file pronunciation and some phrases too. https://learngaelic.scot/dictionary/

If you want to go in at the deep end with how Gaelic sounds then try a couple of Litir do Luchd ionnsachaidh. Don’t worry about understanding anything just follow the text and listen to the tape. https://learngaelic.scot/litir/index.jsp

Thanks a lot for the links.
The website is definitely an excellent resource!

It was very interesting to hear the sound of a full text being read, 'cause it really gives an idea of the sound of the language.

I have to admit, however, that to my ears only slightly reminds me of Northern Welsh in a handful of sounds, but seems a lot more like a Russian/Scandinavian/Northern European mix with an unexpected occasional touch of Brazilian and Arabic.

I love the fact that each language has incredibly and peculiar sounds.

But oh my, it seems very very hard for me to grasp!

I will go back to see the sentences on the website, and will see if I can move forward on Duolingo.

As a long time learner of Gaelic what were your first impressions, with Welsh?
Did you learn the Northern version on SSiW?

Hi @gisella-albertini and All.
I must say that I am really enjoying my journey into Gaelic.
I’m deliberately trying to find some authentic Non-Classroom type sentences. This is my favouite one after just one week, from the LearnGaelic Dictionary:

…sgìth de bhith air an earalachadh dè dh’fhaodadh is dè nach fhaodadh e a dhèanamh
(tired of being told what he can and can not do)
And below is my attempt at the Northern Welsh equivalent (a work in progress). Is it just me or does anyone else see some similarities? I’m thinking on the lines of an extreme version of Bangor

So for me it was more about going for it without any grammar books to mince my thoughts and it was and continues to be a very refreshing experience. If I look back to starting to learn Gaelic (a different age then with no internet resources and rare evening classes) then I would say that I think I’m making four to five times the speed of progress in assembling chunks of language. It all worked out fine with a few days I spent in North Wales last year. A couple of words of Welsh spoken here and there and people weren’t shy in having a conversation with you as far as your abilities allowed before a return to English. It was all down to the confidence inspired by SSi. It just seems a natural thing to do to want to explore everything that Welsh has to offer - learning Gaelic opened up so many avenues in my knowledge, personal life, and gave me an affinity with the natural world in a different way to English. It is hard to explain but something different happens to me now when I speak Gaelic. I’ve no doubt that Welsh can offer a similar learning and enriching experience. The world without the Celtic languages would be like the sky without starts.

Yes some interesting things in the depths of that online dictionary. Faod is a very interesting verb. I don’t think it appears in Duolingo at the moment. More updates are on the way though. Duolingo will give you lots of interesting starter stuff and you can go the whole way I would say with the stuff on learngaelic.net. Now with 305,000 learners on Duolingo and only 60,000 speakers in the wild this does mean that learners are going to speak to each other though with self help groups. Duolingo chapters etc. Sometimes more or less in the way that they are doing in the Isle of Man where (sadly) there are no native Manx speakers left. We’re really lucky in the town I live in as we have two or three native speakers that come (or did come while they were going) to Duolingo meet-ups and advanced learners to help and encourage learners. Duolingo gave things such a boost, it has been phenomenal. Anyway so groups like the one you have set up on Slack are a very good way to proceed when you are learning a distance away from where there are folk that can help in the community. You can see here what we were getting up to until the virus kicked in and how we are trying to keep the pieces going online. Mar sin leat an drasta. https://events.duolingo.com/nairn-scottish-gaelic/

’m thinking on the lines of an extreme version of Bangor

That’s probably why I’m even more at loss hearing Gaelic, then!

Yes, that’s true. That’s a big difference which has to be taken into consideration. The languages I’ve learnt, or unsuccessfully attempted to learn, were studied at school or in a traditional courses in a pre-Internet era. I’ve been able to learn to speak some Welsh, with no previous knowledge of it at all, way faster than any other language. And as a grown up adult not a child or teenager.

Duolingo Welsh had been invaluable as an easy, quick, free way to get a glimpse of a language I really did not have any practical need for - which is great by itself, because it gives a chance to so many minority languages, isn’t it?

However, I wasn’t able to do much progress on Duolingo with Welsh either, because it was easy, but very boring and I couldn’t remember much of it anyway.

Maybe until a SSiGaelic appears, a “bedtime languages” version could be a way to start?
Any volunteers?

How about it @aran?

Have you noticed that we have volunteers creating short lessons in a variety of languages during this lockdown? Aran does the script and produces the Welsh version (for children), then volunteers jump in and record the same in different languages. So far we have Spanish, Portuguese, Italian, French, German, Slovenian, Esperanto, Basque and Russian … but if anyone speaks another language and fancies a project making a few videos, you’d be very welcome. We’re up to Day 25, but they’re very short…

p.s. there’s always odd “soundalikes” between languages. One that’s quite hilarious is Gaelic for welcome that in Italian means : 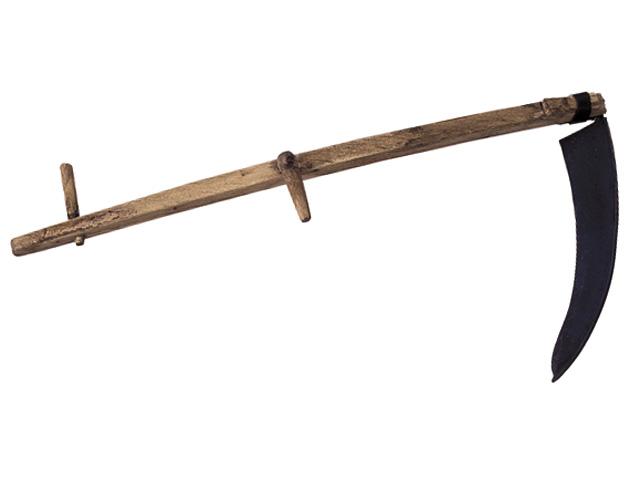 Oh well, doesn’t seem too friendly for a start, but we grew up charmed by Scotland and stories set in its lands, many of them quite spooky so it makes sense after all!

Maybe until a SSiGaelic appears, a “bedtime languages” version could be a way to start?

If a Gaelic speaker wants to do it, just join the Slack group, go the Welsh channel and start from Day 1, creating videos using the pattern of the script from there and translating it into Gaelic. I’m sure you’d get people following it

SSi Gaelic would be another fantastic boost, I’m sure with so many folk willing to vouch for the success of SSi it would be another hit like Duolingo Gaelic. I’m looking forward to seeing Breton here, managed some real time Ulpan in Rennes way back when but not really been able to get going again in a way that suits me. I gather folk have been trying to get Breton on Duolingo without much success but I imagine that will be through the Francophone Duolingo set-up.
Really cool on the word similarity lol.

Have you all had a look at the new SpeakGaeic material? There is alot of it and an accompanying TV series, but nothing like the SSiW format - any news on this?
It seems a shame to miss the current drive to improve gaelic uptake.

It’s exciting, isn’t it? We’re definitely aware of it and hoping that we’ll be able to develop a course quite soon that will help with the uptake of Gaelic.

We’re currently in the process of testing our new course creation software with a few different languages, one of those being Scottish Gaelic. It just needs a suitably qualified person to work on the course creation and we’re in negotiation with a possible collaborator.