According to BBC Catchphrase, it is ‘Pa mor dda ydy e’n…’. Which is right?

We’ve all got faintly itchy feelings about ‘mae’ behaving a bit oddly sometimes, but in terms of common usage and being understood, you’re rock solid with ‘ydy’ here…

I’m thinking it may be ‘mae’ as in the examples …

I got all this out of the big red book which is in work at the moment otherwise I’d post a pic of the pages.

I just looked through as many similar examples as I could find, and the majority used “ydy” or “yw”, although a few did use “mae”. A lot of the ydy/yw examples were government or university items.

I did find one slightly different bilingual example from Aberystwyth University, which I wonder, might explain it. It uses “mae”, but it comes after “y” (that) in the Welsh version. OK, you are right - it wasn’t a question.

It should be mae, but ydy is creeping in probably through influence of English - this affects even native speakers, since they speak English as well. I’ve heard a younger native speaker say Beth ydy Ffiona’n wneud? What is Ffiona doing? Wrong - but she clearly didn’t feel so. 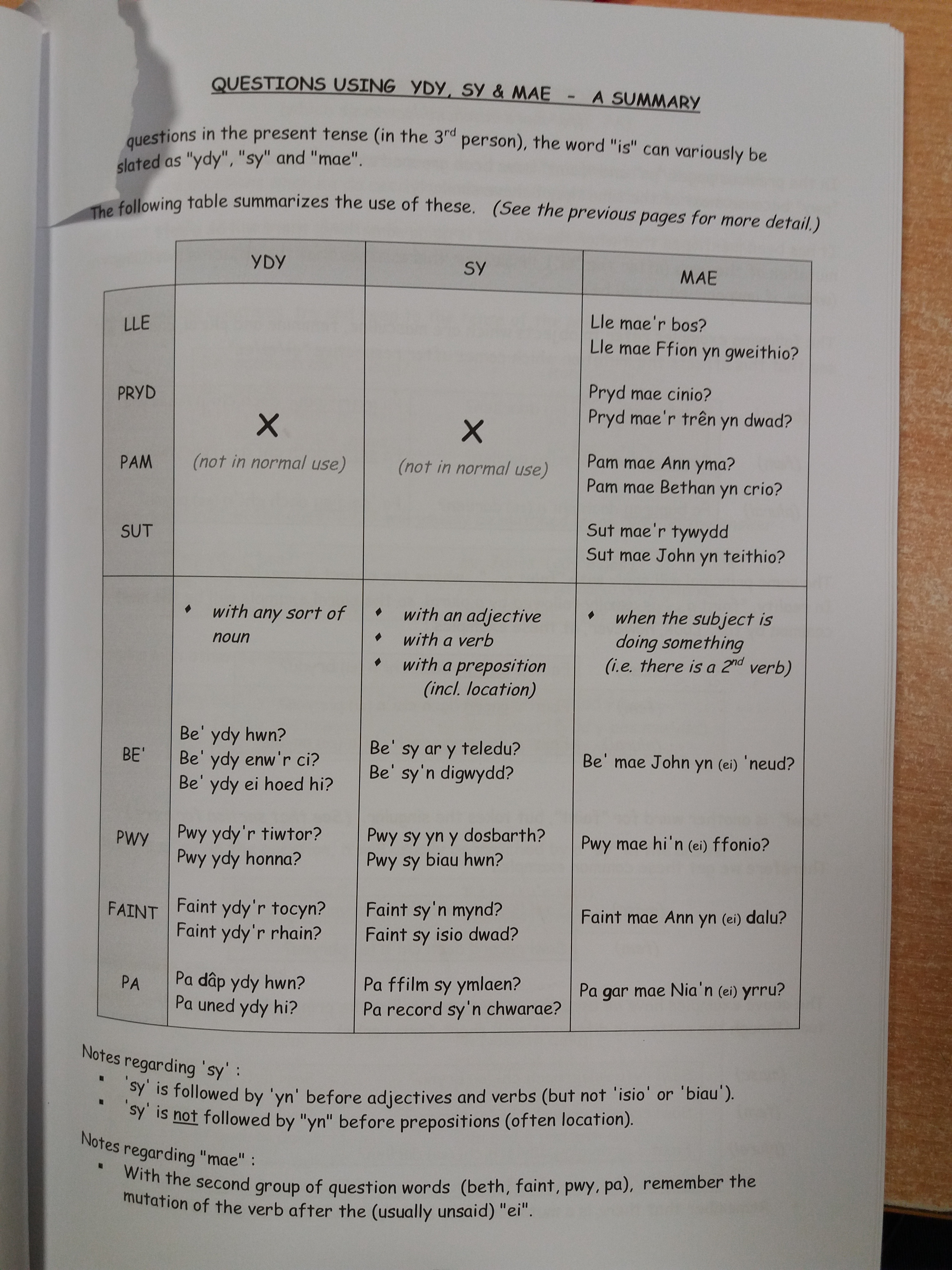