I recently came across these cards by the cartoonist Huw Aaron via Twitter (where he is @huwaaron). You can buy them from a variety of outlets, of course, but I got them from Palas Print - they’re basically Welsh-language Top Trumps based on the Mabinogi, with additional rules for a slightly more complicated game. You can also get an English-language version of the cards, but of course I didn’t reven realise about them until I’d already bought the Welsh-language ones: they’re fun, and I think they’re going to teach me some new adjectives – although all those adjectives are going to turn out to be things like dialgar ‘vengeful’, so they may not be that useful in everyday life. (Depends on your everyday life, I suppose…)

But even though I bought the Welsh cards, I’ve been playing them with our two non-Welsh-speaking children - and the game has been a big hit. There’s been a certain amount of “this guy” and “that guy”, but allowing for some mangling they’re starting to recognise and remember unprompted some of the names of some of the characters. Asking why one of the cards was just a clawed hand led to me having to tell the part of the story of Pwyll with Teyrnon Twrf Liant in; asking why one was a mouse led to as much as I could remember about Manawydan and Llwyd ap Cil Coed. I’m going to have a quick re-read of my learners’ adaptation (it’s in Welsh, but it’s a lot shorter than my proper English translations) to revise the stories before we play too many more games – which is great! (I’m also going to have to check if it’s fair that we’ve all got the impression that Gilfaethwy is a bit, well, rubbish…)

…So, that’s a recommendation, to anyone with children of the right age (ours are 8 and 10): but it leads to a question. Can anyone suggest a good kid-friendly English adaptation, in case they might want to read some of them for themselves? 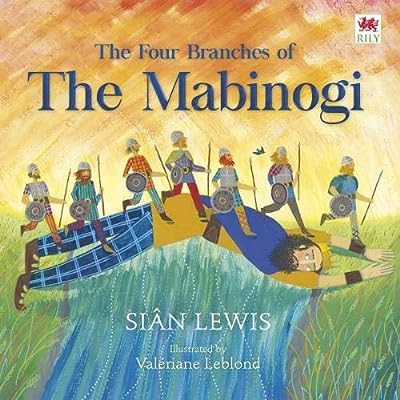 The Four Branches of the Mabinogi

Is this what you are after? There is a version yn y Gymraeg, with exactly the same pictures. The amazon reviews say it’s for children, and that they don’t have any in stock, but it will be available elsewhere even if secondhand.

Looks promising, thank you. One review says they’re reading it with Year 2,and ours are Y4 & Y5, so it would be nice if I can get a look at a sample of the text to judge if it’s too young for them, but it’s definitely a good lead 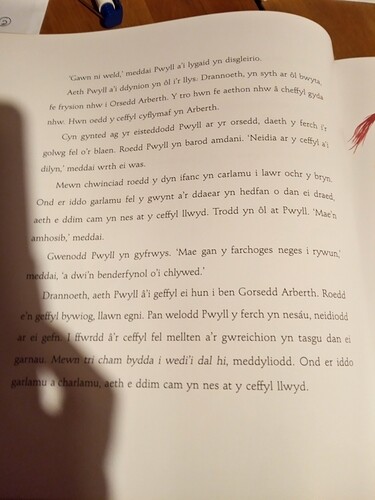 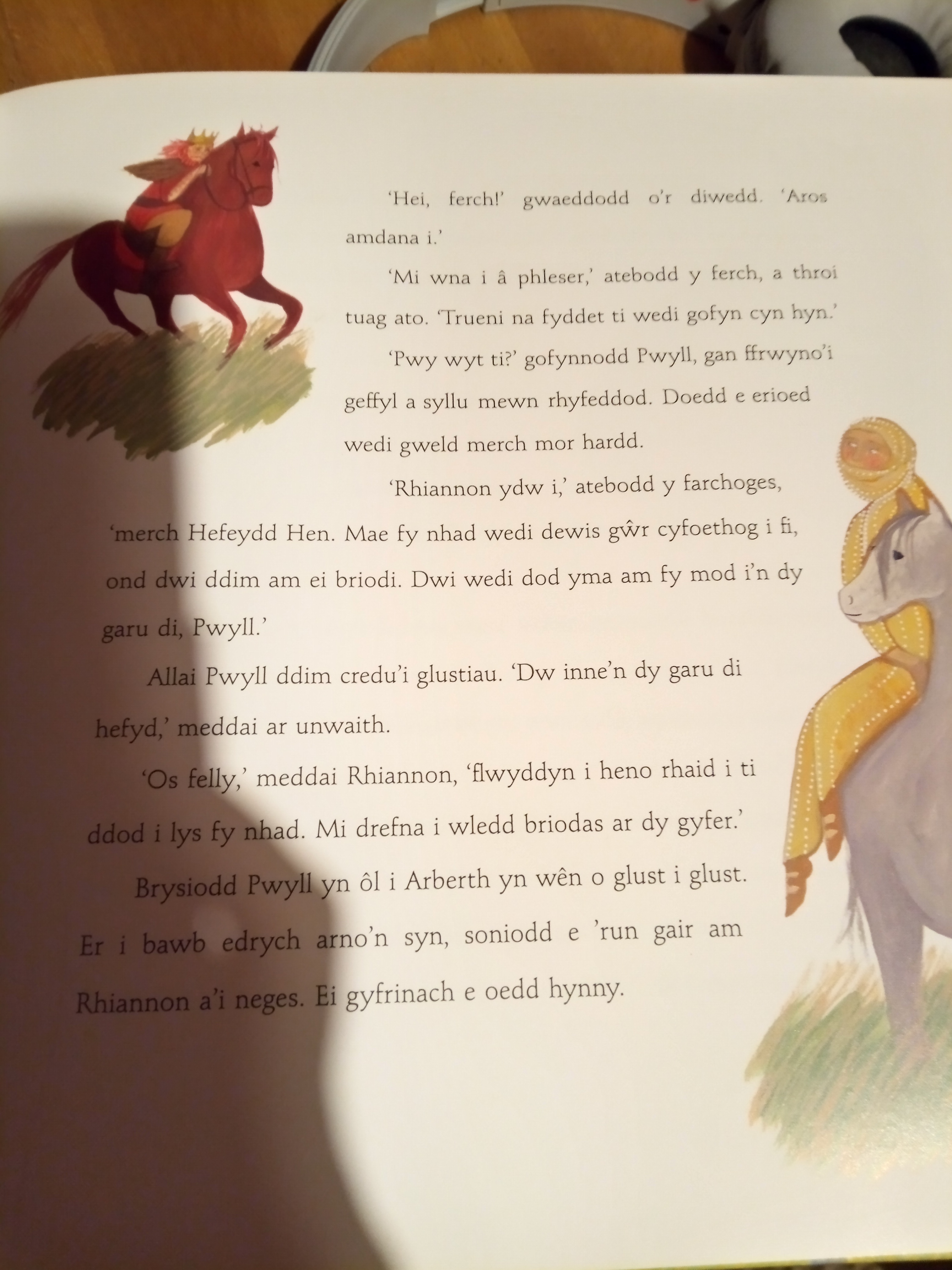 I don’t have the English version but this is what the Welsh version looks like. I’ve given copies to Welsh learners over the years.

I was just about to scan a sample page for you but @margaretnock beat me to it. My copy is Welsh too. I can show you more over Zoom if you like.
Sue