Polish would be a pretty awesome language to have on here - it would be interesting to see this method applied to a language with seven noun cases. That said, it shouldn’t be too difficult to introduce the cases gradually.

it would be interesting to see this method applied to a language with seven noun cases.

Er, yeah, well, there is that…

But I think it could work, if the course took several useful nouns and gradually used the different cases to show how the noun changes depending on where it is in the sentence.

And by the way, in the meantime — at the risk of sounding like a cracked record — any more word on when we might get more SSiCornish…???

It’s been a while since we heard from the boys, so hard to say right now, I’m afraid.

Thanks, Aran. I expect to see Pol in April at the Cornish Language Weekend, so I can ask him about it then.

First off, sorry, but i love these sorts of threads because it gives me the opportunity to plead and beg for Basque

Basque is a language known for being grammatically complicated, but it’s surprisingly regular and despite having a lot of cases they all follow very simple patterns unlike Russian or German where you have to worry about the gender of the noun (no genders in Basque) or whether it was preceded by a definite/indefinite article, etc. And unlike many other European languages, you only need to worry about declining the last word in the phrase (so no coordination like Spanish’s lOS altOS techoS or German mit dEN altEN bücherN).

The main difficulty with Basque is the verb system, and not because it’s highly irregular like English or Spanish which have a number of irregular verbs but because the verb contains so much information. Basque verbs are basically like a puzzle where you have to pick the pieces (subject, object, and direct object) to form the final verb. In fact, most Basque verbs aren’t conjugated at all, they use an auxiliary verb (similar to “have” in English’s “I have seen it”).

I think the structure of the language is very suited to the SSi method and would work realllly well for it. Euskaldunak tend to be very proud of their language and are really excited about sharing it with others. After all, the Basque word for a Basque person (euskaldun) literally means “one who has the Basque language” (ie. a Basque speaker). They only differentiate between euskaldun zaharrak (“old” Basques) and euskaldun berriak (“new” Basques). That idea is really interesting to me, more important than national boundaries, so long as you learn the language you will be accepted into the culture and can become a “Basque”.

Welsh is super lucky to have SSiW, i think people trying to promote a minority language need to realize how important audio courses are. I’ve been working on getting various resources out for Basque for a while now and have been working on an overview of the main grammatical features that a course intending to take someone from a beginner level to competent speaker would need to cover. But what Basque (and many other minority languages) is sorely missing is an on-the-go portable audio course that can get you actually speaking the language. Because that’s what we want after all, isn’t it? For people to actually use the language in their daily lives!

I’d like to put in a vote for Náhuatl, the modern descendent of the Aztec language. There are still over a million speakers in Central Mexico and you can often use the language when traveling there, for example with most of the youths who sell things to the tourists on the beach in Acapulco.

Sign language, BSL? It would be very interesting if the methodology would work with a visual language? A bit more work having to make videos mind.

You see how complicated even English is? I’d always thought that ‘bit’ meant a small amount…

the Basque word for a Basque person (euskaldun) literally means “one who has the Basque language” (ie. a Basque speaker).

Interestingly the meaning of “Cymro” and “Cymraes” is more akin to this. In some parts of the Fro Gymraeg when a new family move in you might hear them say “Cymry ydyn nhw?” - they’re not asking if they’re from West of Offa’s Dyke but if they speak the language.

I saw a guy in work a while back and it said in his notes he was a Welsh speaker. So I chatted to him in Welsh. Explained I was from Plymouth (England) and he said at the end “Mae’n neis i siarad gyda Cymro”.

That’s really interesting, i didn’t know that! Thanks for sharing!

Luxembourgish, please. Let us get Liz Wenger and the Uni of Sheffield to take SSi seriously. The literacy is a bummer, because differentiation from nearby languages/French/German varieties is tricky/essential - and unnecessary, because if only I could learn to speak it all my previous learnings would allow me to decode and connect…

My nephews are 5 and 7 years old now. In ten years’ time I’d like not to have to feel a failure…

I speak no Catalan, but am tempted by this: 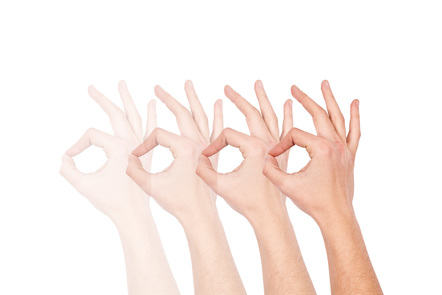 Learn about Catalan Sign Language in daily life, its grammar, and importance to the deaf community with this free online course.

By the way, I saw one of the SSiCornish people recently and asked if there are any more lessons forthcoming, but only got an obscure answer about “having to teach a robot to do it” — which I assume means the SSiBorg. So I’m still none the wiser as to what’s happening there. I realise it also doesn’t help that all government funding for the Cornish language was cut a couple of years ago, which means that the organisation that produced the first SSiCornish course is now barely functioning. But I would LOVE to have more SSiCornish — there are a few other online courses out there, but none that get you listening and speaking and putting the words together for yourself in “real time” (and therefore starting to think in the language) to anywhere near the same extent as SSi. It really is a brilliant language learning model.

That would be great if so, Aran. By the way, as I’ve said, I really am interested in doing SSiWelsh as well — it’s just that I’m currently studying for Cornish exams and I don’t want to risk confusing my Kernewek with Cymraeg just at a crucial moment…

Once I’ve got Cornish nailed, I’ll be happy to move on to Welsh and hopefully even Breton, to complete the Brythonic trifecta. I’m hoping we will have SSiBreton one of these days too…