Yesterday in the BBC News in UK (well in Scotland, anyway) we were told about two referenda to be held in NZ to first decide a potential new flag and then whether to keep the current one or switch, I totally understand that the current flag is almost the same as Australia’s, so confusing, and, well, colonial!! What I did not understand is why none of the contenders is a totally plain black with a silver fern across it. It would be distinctive, iconic, instantly recognisable… and even a bit like a long white cloud of surf!! Can any of our Kiwi SSiWs tell me why it is not on the shortlist?

Maybe because it is too similar to the national rugby teams badge. If it were Wales and the feathers were suggested, the country would be up in arms about it because the feathers represent the prince of Wales, who isn’t even Welsh (just what I have read through various Welsh nationalist pages on FB, not a personal opinion!). Of course, when we see the feathers on a red background, we immediately associate it with the Wales rugby team, much like the clover for Ireland and the red rose for England.
I think the flag will need to be unique to New Zealand, which represents the country as a whole, for its history, for its achievements, for its pride. The All Blacks crest should remain unique to represent their national rugby team, like other countries do - including our own nations on the British Isles. But that’s just my own opinion really.

totally plain black with a silver fern across it

One of the short-listed designs comes pretty close to your description, I think: http://www.theguardian.com/world/live/2015/sep/01/new-zealand-announces-final-shortlist-for-new-flag-design-live

They all look like corporate logos for the investment subsidiary of a high street bank. Every one of them has an air of “That’ll have to do: We’ll be re-branding in three years anyway” about it.

All the best ones were left off the short-list: 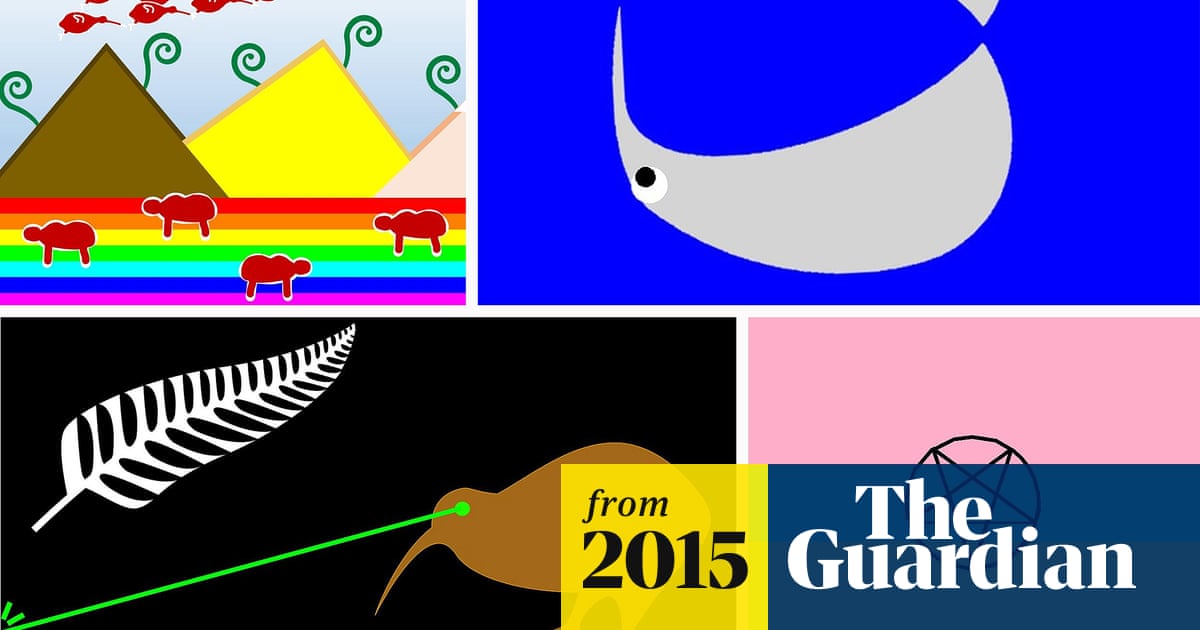 New Zealand is appealing to the public to design and vote on a new flag, and the results are as weird and wonderful as you’d expect

This one being the obvious winner: 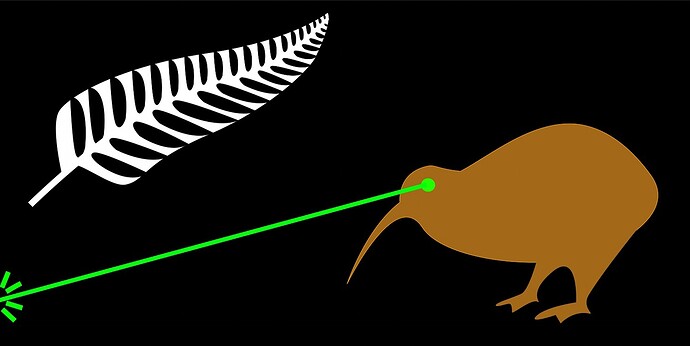 This one being the obvious winner:

Isn’t he just? Whatever they choose, that will always be what I think of as the NZ flag…

I asked a friend in Aotearoa (NZ) what she thought and I got a long rant about how the whole process has been hijacked by political parties, is not generally supported by the public, and is costing a huge amount of money. It seems a lot of ordinary people are not very happy with the so-called choices they’ve been given, so sadly it’s not really the exciting opportunity to choose a truly representative flag that it should be.

the feathers represent the prince of Wales

Precisely! We didn’t choose them or him!! We are represented by a dragon and I’d choose that for our rugby team, if I had a vote!! I don’t know who picked the fern for the team badge, but they use it for more than rugby and black too, so I presumed it didn’t have any colonial connotations… but I wasn’t sure, which is why I asked. I just found the ones with the southern cross a bit cluttered and the bi-colour fern leaf, well, less striking than the simple silver on black. The one the people asked for totally confused me. I was so impressed by the maple leaf flag which Canada picked, because it was so simple and clearly said ‘Canada’, I sort of thought the uncluttered fern said ‘New Zealand’ in the same way!!
Mind, I do like @aran’s pick too!!!

To @Deborah-SSi Oh dear, that is sort of what I was asking, but the only NZ folk I had any contact with are on this forum!!

I’m afraid I find that very hard to believe: 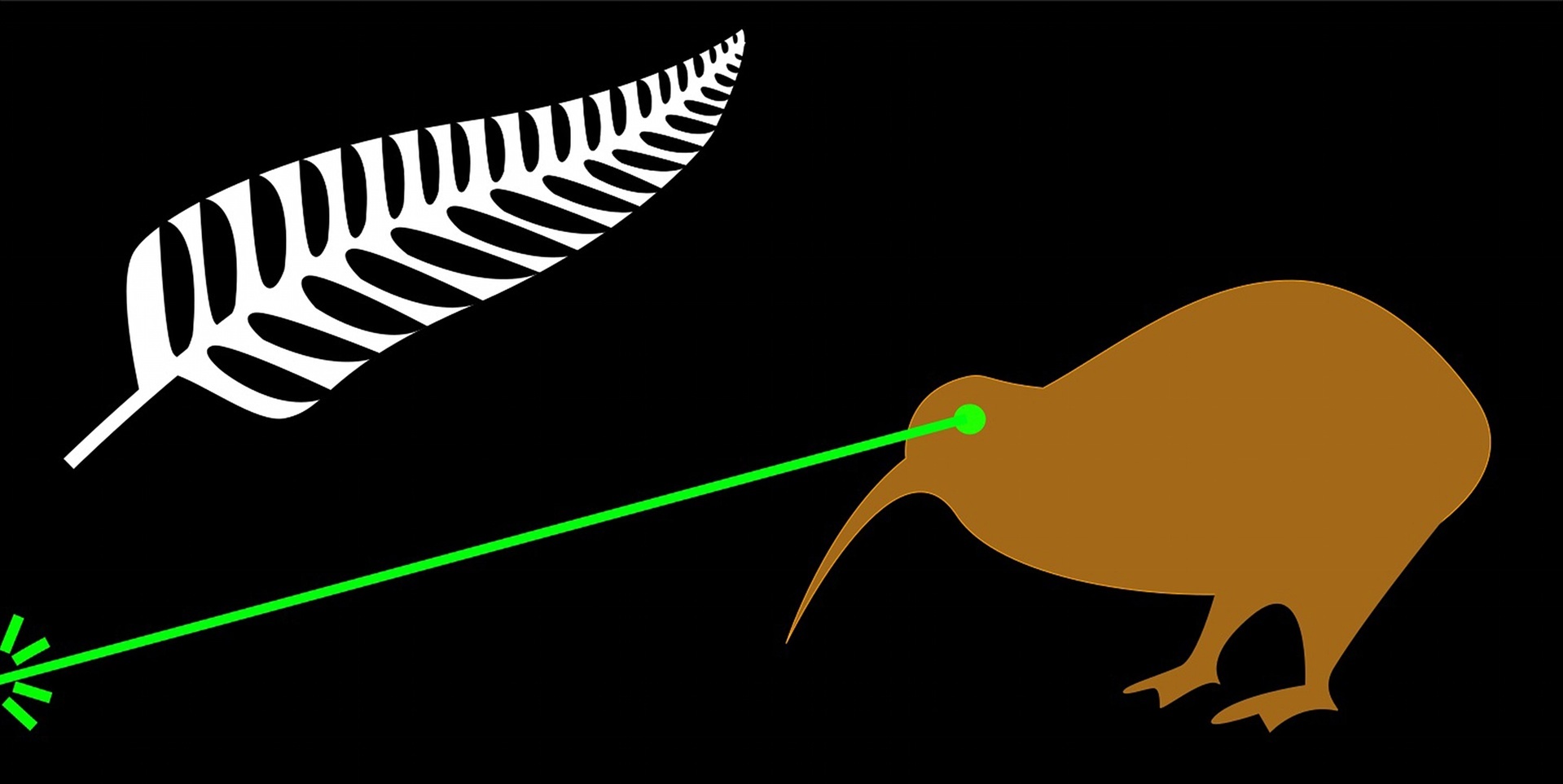 Dee, as far as I know, the flag of Neutral Moresnet is still available, now the country has been abolished. https://en.m.wikipedia.org/wiki/Neutral_Moresnet
It is a traditional shaped flag, including black and white, so it would not be offensive to Kiwis.
Neutral Moresnet was the first (only?) country in the world to propose Esperanto as its official language.
My attempts to visit iits former capital, Kelmis, during my holidays in the area came to naught.

There was also a small artificial island that existed for a short time http://mw.micronation.org/wiki/Republic_of_Rose_Island and used Esperanto as its official language.