I just wanted to briefly share my thoughts on and encourage anybody with even a passing interest in Cymraeg to read J. R. R. Tolkien’s essay ‘English and Welsh’.

I found this piece of work to be both enlightening and informative but, moreover, very moving. Hearing somebody of such stature speak so fondly of yr hen iaith both gave me an overwhelming sense of pride, as well as, a real determination to finally learn my native tongue(!) If nothing else, I feel Tolkien’s views are a huge feather in the cap of our language and should be more widely known.

I also wanted to say thank you to the SSiW team for creating this amazing resource for learners of Cymraeg - never has learning Cymraeg been so accessible for us Welshies (and - I am very pleased to see - our friends in other countries both close to home and around the world!) who have always hoped to see the language of Heaven thrive.

His observation about the influence of bydd on the Old English bið is quite remarkable, ð represents the sound ‘dd’ so it is pronounced the same. The fact that Old English retained the two ‘th’ sounds ð equivalent to dd and þ equivalent to Welsh ‘th’ might also be due to influence from Welsh. I think Tolkien is being modest by continually explaining in the essay that he is only an amateur, he taught Medieval Welsh when he was at the University of Leeds and he clearly knows what he’s talking about.

I recently read the book by Thomas Charles Edwards ‘Wales and the Britons’ and he seems to confirm the view that Welsh did have a significant impact on English grammar, he notes that British (which is what became Welsh) was influenced by Latin (which agrees with Tolkien who described Welsh as having more Romance characteristics than English) but in what he calls the North Western group of languages (including British and Germanic) British was in the vanguard, changes such as the loss of final syllable were common to these languages and happened earlier in British than in Scandinavian, the loss of the final syllable affected the internal vowels eg. man - plural manniz the iz was lost but it changed the a to an e - men. this parallels the Welsh gwr (man) gwyr (men) where the plural is defined by internal vowel change rather than the ending. The fact it happened in English earlier than other Germanic languages suggests a Welsh influence.

The most surprising claim made in the Charles-Edwards book is that the Anlgo-Saxons may have inadvertently saved the Welsh language!!

The areas settled by the Anglo-Saxons were the most Latin speaking (although Welsh did survive even in the South East amongst some of the population), British Latin was on its way to becoming a Romance language (in the same way as French or Spanish is derived from Latin) but the Anglo Saxon invasion effectively killed it off, and this stopped it taking hold in the more Welsh speaking areas to the North and West where Latin was already a minority language, and ensured that these areas remained Welsh speaking.

Thank you very much for your kind words - hugely appreciated…

Diolch yn fawr iawn for your reply cap. I have not yet read the Charles Edwards book but that is an extraordinarily interesting claim!

I agree, Tolkien was certainly being modest. I am still very much an amateur myself when it comes to languages but I find it all very interesting indeed. I can certainly relate to Tolkien’s remarks about how coming to a new language (as a second language) makes for the words for even the most ordinary of things seem that much more exotic and exciting. I am having a great time!

This book, available in English and in Welsh, might be of interest to people as well: 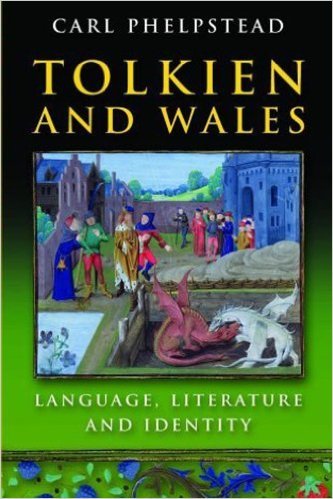 available in English and in Welsh

Actually…I’m not sure about that now. But definitely in the thin language, at least.

Amazon lists this one as a companion to the one you mentioned: Tolkien and Welsh (Tolkien a Chymraeg): Essays on J.R.R. Tolkien’s Use of Welsh in his Legendarium

Tolkien made it clear in a letter to his aunt that his public modesty on the subject was because Welsh scholarship in his day was a faction fight, and he had to makes it clear that he didn’t belong to any of the factions. He also talks furhter about caws pobi (the phrase, not the dish), Andrew Boorde, and the story about Morris-Jones naming his house “Gadara View” because it looked over Anglesey (the term for people who lived there was moch ‘swine’).