I am trying to learn as much Spanish as possible in one month and I have finished Spanish level one. I have been studying for approximately three weeks and I am happy because I have learned a lot. I think that SSi.com is great! I want to learn Welsh as well because it’s interesting. Many thanks for these courses!

I look forward to learning with you on the forum,
Amanda

It’s great to have you on board. That’s a fantastic goal to have set yourself, and with SSiS, you can do it!

I’m a fellow learner and I am currently on Challenge 16 of Level 1, so not got very far as yet. I would not want to comment on your written Spanish, which looks great by the way (I understood all of it

). However, I have learned to speak Welsh using this method, so I can vouch for the effectiveness of the SSi way of acquiring conversational proficiency.

I hope that you find the forum very useful, and that you can help other learners on here as well as getting support and help yourself. How about posting a recording of yourself speaking Spanish, on the appropriate thread? It would be great to get lots of input on that thread, as it is always fantastic and inspiring to actually hear other people’s progress. Also keep us all up to date with how you get on, blow by blow. I love reading about others’ experiences of using the method, and also the other resources that they use/recommend toi support the learning process.

It always amazes me to see how much our students are able to achieve in such a short time. Congratulations and keep at it!!

Thanks for the encouragement. I hope you are enjoying the course as well. Honestly, I’m too shy to put up a recording of myself. I’d maybe be up to a skype call one day if there’s a Spanish conversation group.

I honestly haven’t used many other resources yet for Spanish. Do you have any to recommend? I have listened to a couple YouTube videos in Spanish and was rather surprised at how much I could understand.

Muchas gracias for your kind words. Thank you also for the corrections.

May I ask what the difference between ‘para’ and ‘por’ is? I tend to get ‘de’ and ‘para’ mixed up, until I think about it in French, then I typically can guess de=de and pour=para. What is por?

I’m too shy to put up a recording of myself

I’m pretty sure this is false modesty Amanda! If you do decide to give it a go, I can help you with the details of making the recording and posting it up on Soundcloud, if you need that.

Getting a conversation group together using Skype would be great, we should rope @nikkifoster in and do it!

Hola Amanda,
I found this site quite useful, if you want to have a closer look to some grammar-questions. 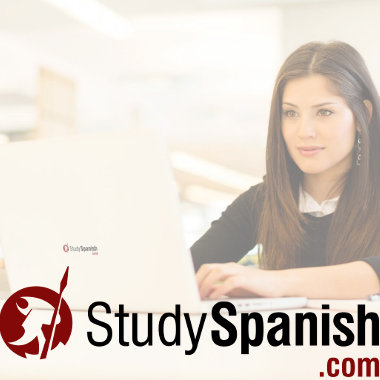 Learn Spanish grammar with our free helpful lessons and fun exercises at StudySpanish.com. Get started on your way to speaking Spanish conversationally!

What an awesome first post! Huge congratulations on having come so far so quickly - fantastic work. When you’ve done your month, I’m with Stu, it would be absolutely fascinating seeing a video blog where you talk about the experience (not necessarily in Spanish!)…

And a very warm welcome to the forum…

This is a point that often baffles non-native speakers of Spanish. Brigitte’s link provides very good examples and cues to the actual rules, but as always practice and a lot of listening will be your best aid.

As a general rule PARA is used to indicate destination, purpose, the receiver of something. In my mind PARA has an arrow facing to the right

POR on the other hand, has an arrow facing to the left, meaning a reason, a means through which you do something. Think of POR / PARA as cause / consequence.

This is by no means a bullet-proofed rule, but it might help when you have to decide which one to use. I hope this helps a bit.

POR on the other hand, has an arrow facing to the left, meaning a reason, a means through which you do something. Think of POR / PARA as cause / consequence.

I have finished Level 2 and the Tourist course. What fun! I am looking forward to Level 3. Will it teach us ‘you plural’? Anyone know of a good Spanish-English dictionary?

Also, I’m wondering if I should be trying to stick to one accent or hope it irons itself out in time. I learned some numbers, left, right, gracias in Castillian Spanish. Then once I started SSiS Level one, I decided that I liked Gaby’s accent (the ‘sh’ sound was also a little easier to pronounce

). After Level 2, I did the tourist course and is that you, @gabycortinas? I was expecting to hear ‘esha’ for she (ella) but would hear ‘eya’, and now I’ve got a bit of perhaps a Mexican(?) accent. Would it be ‘boteisha’ for ‘botella’ & ‘poisho’ for ‘pollo’? I also noticed the lady in Restaurants (I) would say ‘aua’ for ‘agua’ - the g seemed to disappear. Does this often happen?

I use Collins Easy Learning Spanish Dictionary, but it may not be ideal for someone who is as far along the courses as yourself, I do not know. I think it is very clear and easy to use, but again, I do not use it that much at present, as I am trying to stick to SSiS as my main source of language acquisition, supplemented by Memrise (finished Spanish 1 and just started Spanish 2 anoche). I have to say I am not the kind of learner who ever carries a dictionary around with them. It sits on my bookshelf to provide answers when I get those niggling little questions - and if it does not answer then satisfactorily, then this forum is the best place to get insight anyway.

Very impressed, Amanda, that looks as though you’ve done excellently!

Level 3 - we’re very keen to be moving on that as soon as possible, but it requires us doing a code fix to the new course creation tool (because Levels 1 and 2 weren’t produced with the tool) - that code fix is currently sitting in second place on our developer’s ‘to do’ list, but the work package before that is a fairly hefty set of improvements to the tool following our beta release of Manx.

I would hope that the tool will be ready for us to start producing Level 3 Spanish in about a month, so with luck and a following wind, we should be able to start producing material in about two months from now - but that’s a best estimate, rather than a promise!

but that’s a best estimate, rather than a promise!

Excelente! That’s much sooner than expected, to be honest. It’ll give me time to run through it all again. I’m finding it to be good practice and I’m picking up a few little extra things I missed first time round.

I must say that SSi is great! It gets you speaking right off the bat, but mostly, I think it builds confidence and I’m not afraid to make mistakes.

I’m not afraid to make mistakes.

That’s probably the single most important thing of all…

Thank you for the warm welcome to the forum and all the help. Especially Gaby and Brigitte, thanks…I have been thinking the past few weeks about those examples and para and por are getting clearer now.

Thanks for the dictionary suggestion, Stu; I agree the forum is great, but I don’t want to bother people with every little question I have either.

I’m trying not to worry about the accent, but it’s bothering me a bit. I recently started looking up some words I was unsure of on forvo and that has helped. I would prefer to have closer to a Mexican accent as I believe that’s what more people around here speak. I’ll try my best to not worry though.

I would prefer to have closer to a Mexican accent as I believe that’s what more people around here speak.

If that’s how they speak, speak to them - and that’s how you’ll end up speaking. I promise…

I would prefer to have closer to a Mexican accent as I believe that’s what more people around here speak. I’ll try my best to not worry though.

You shouldn’t worry about your Spanish accent any more than you would worry about your Canadian accent travelling to the UK or Australia. Spanish speakers are used to different accents, so they most likely won’t pay any attention to it. If anything, the Argentinean accent is considered rather “sexy” by speakers of other countries, so you might be complimented on it

Really, the only different sound we have in Argentina and Uruguay is the “SH” sound for the “LL” (llevar, calle, olla, etc). So, if you are looking to sound more “Mexican” you can focus on the female voice of our course. But I think being exposed to diefferent accents and pronunciations within the same language is more exciting and fulfilling than just staying with a single regional accent.

As a side note, my wife is American (from Illinois) so I use English daily when talking to her. But I’ve noticed that I tend to put a more British accent (which I love!) when speaking to Brits, and a more “slangy” American accent when talking to my in-laws. We also have friends from London, Ontario and I love listening to their accent as well.

Back to Spanish, I should mention that two of my best friends here in Italy are Mexicans (one from the north, the other from the south) and we never have any issues understanding each other. I think part of what makes a language great is its own dialects and accents that add a little extra spice to the conversation.

Hope this helps a bit. Keep up the good work!
Gaby

I really like all the Spanish accents I’ve heard; Spanish is such a nice sounding language…it’s so hard to pick a favourite. Guess I’ll keep on with my half Argentinean/half Mexican accent and see what happens.

I agree, dialects and accents are fun. It really would be boring if we were all the same and spoke alike, wouldn’t it?