Happy New Year to Everybody

Thank you. Happy new year to everyone too. I’ve been a bit quiet on the forum lately, but I’m still learning. Now’s a good time to say a huge thank you to everyone for their encouragement, conversation and general support.

Blwyddyn Newydd Dda i bawb! Diolch yn fawr am eich help (Thank you very much for your help)! 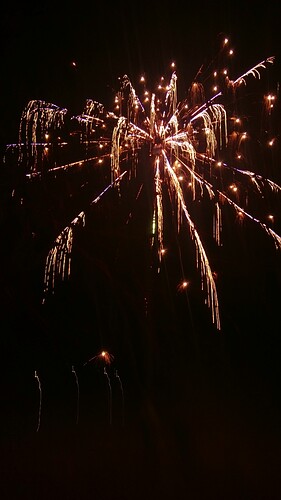 I Bawb!!
Blwyddyn Newydd Dda!
I sincerely hope 2017 is a lot better than I expect for the whole world!
Diolch for all the friendship and the daily hiraeth-cure!!!
I cannot mention those to whom I am especially grateful, as I’m not allowed that many @ names, but you know who you are!! (I hope!).

Hyvää uutta vuotta! Are you going to be passing through Helsinki at any point?

I met a travel rep from crystal ski the other day who was from Liverpool and spoke welzh fluentlty. he had grown up in North Wales, so tbere are other Welsh speakers in Finland working in the ski resorts. My first word in Finnish was Kiitos, a word that has firmly stuck.

so tbere are other Welsh speakers in Finland

Wohoo! Now I know of four other people in Finland who speak Welsh!

Great! I’ve translated my first Finnish - thanks to Google translate.

Sorry, I’ll stop - I think I’m starting to like Finnish grammar a bit too much now that I haven’t had to study it in a while

And to you and everyone else!
Started SSIW around January 2015, alongside some formal Welsh lessons. The two didn’t mix so i dropped the SSIW (bad choice on reflection!). No longer in the formal Welsh class, so 2017 I am back at the beginning. Level One