Is there a Welsh translation version of Charles Dickens’ Great Expectations?

I’m pretty sure that I found one a while back, an abridged and/or adapted version if I recall correctly, but no matter how I now search now I cannot find any again!

I am trying to buy a copy for someone who collects second hand editions of Great Expectations (don’t ask, I don’t understand either!) and he hasn’t got a Welsh version.

If anyone knows of a version perhaps they could post the name, author (if an adaptation) and, if possible, the ISBN.

I’ve never heard of one, but that means little if anything.
The Oxford Companion to Dickens says there are/were Welsh translations of Dickens
https://books.google.co.uk/books?id=AYCcAQAAQBAJ&pg=PA580&lpg=PA580&dq=welsh+translation+dickens&source=bl&ots=fU2YsmVNr7&sig=25Rjmhj6p5BzxySNRRxx71wWNxI&hl=en&sa=X&ved=0ahUKEwi52ofRx9zJAhVCzxQKHXkCApYQ6AEIJjAE#v=onepage&q=welsh%20translation%20dickens&f=false
But I can’t find anything more detailed.
I’ve got a feeling that if there were actual complete translations of Dickens’ books published they would be quite well known, but I could be wrong.
Actually, I could well be quite wrong and they are well known…
But even if they are there, getting hold of a particular second hand copy of a Welsh book by anyone other than T Llew Jones is never the easiest thing in the world…

Good luck in your search!

Hmmm, saying that, a Welsh translation of A Christmas Carol won a competition at the national eisteddfod in 1901…
I wonder what the Welsh for “bah, humbug!” is?

Or something else, of course! It’s a bit of an odd one, as the phrase (if not the individual words) “bah humbug” was (I believe?) itself made famous by the Dickens book itself, and most people in Wales already know the story in English and are thus familiar with the phrase, so there is really no Welsh equivalent, and creating a new phrase could be described as pointless- but then, by that logic there is little point in making a Welsh translation of the book at all! 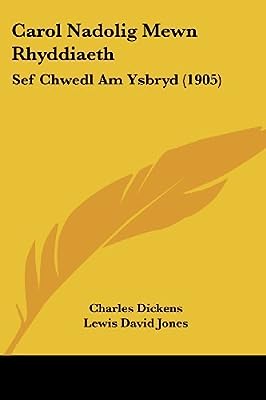 David Copperfield in Welsh available on Amazon available here, but it looks like it’s been done through a translation by a computer, and not worth buying.

Still nothing on a Great Exoectations, I’m afraid.

And a bit (and I mean ‘bit’!) of discussion on the Welsh for “bah humbug” on forum Wales here too.
http://www.forumwales.com/fwforum/viewtopic.php?f=45&t=1329
And no replies on that thread for our own Sionned’s query on whether there are any Welsh translations of Dickens, on a site which is normally a wealth of valuable information, so I’m beginning to be pretty sure that they don’t exist rather than are well hidden. I hope to be proven wrong, but I’ll end my quest here

Thanks for all the replies.

I have in the back of my mind that the edition which I found (always assuming that I did find it and wasn’t looking at something completely different) had a title of two words, separated by a comma, and the “author” was listed as the person who abridged it.

Of course I may be totally mad and in need of psychiatric care, but at the time I was pretty sure I had stumbled across what I sought.

I find it odd that there aren’t translations around, but then I find many things puzzling these days!