After watching Prosiect 15 videos that Beca posted, I’ve been searching a bit more about famous Welsh people. Starting from…guess whaaaat? Music.
I found some I had heard but were (usually) considered British or even English.

I’d be curious to hear from other people in the forum: who were the first you’ve heard?
To start with, here’s my list.

First I heard:
TOM JONES - When I was 4, I found a bunch of forgotten 7” records in a closet at home. Among them, the Beatles (with whom I instantly fell in love with) and Tom Jones, that I remember because I thought that “Memphis, Tennessee” was pretty cool, but “Delilah” one of the most horrible songs ever!

First record I bought:
FREUR - Doot Doot. I’m not sure I knew they were Welsh, but when I saw them in a list of Welsh musicians yesterday, I remembered I really loved the video - the colourful clothes, the weird hair, the sort of Alice in Wonderland atmosphere, the spooky woooooooooo sound. I had very few records at the time, so I admit I listened to it a lot…and also thought the singer was kinda cute, ha ha ha!

Other bands I had heard and listened, in chronological order:

If anyone feels like adding their lists, it would be also interesting to compare Wales vs. outside Wales, I think!

Great topic but I’m listening to an extra good Rhys Mwyn show (i think the thought of John Peel has influenced his set tonight) ending now with SLF SUSPECT DEVICE! I will have a think tomorrow.

I have this already in my list (of things to listen) 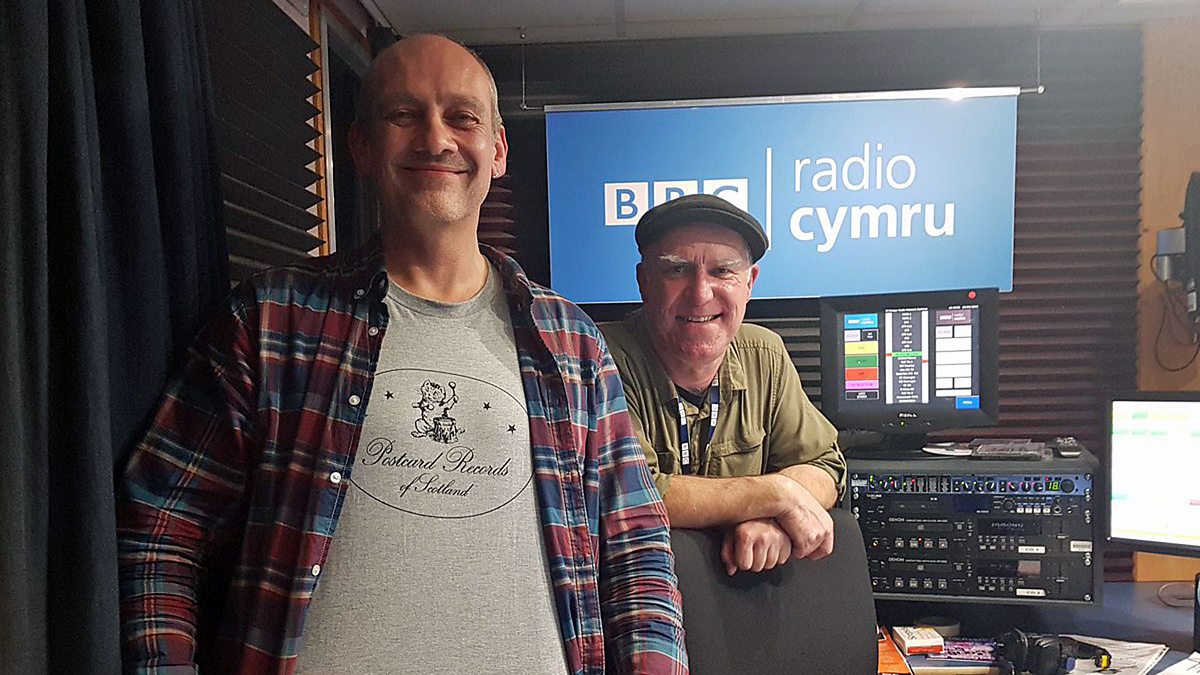 ). I think this is a podcast that will be available on BBC Sounds.

Tom Jones and Mary Hopkin were the first Welsh singers i heard. Mary H has done some lovely songs in Welsh. Gwyneth Glyn’s album “Tro” is a current favourite:

Thomas L Thomas. My Dad had a set of 78rpm records of him singing traditional songs. That was in the 1950s. I discovered recently that some of the recordings have turned up on YouTube.
Sue

I’d be curious to hear from other people in the forum: who were the first you’ve heard?

Tom Joneses record ‘the young new Mexican puppeteer’ was bought by my parents when I was around 6 or 7 and I remember my mother saying he was welsh. I loved that song and played it to death alongside Delaney’s Donkey by Val Doonican (who’s Irish). I had poor taste back then but loved memorising lyrics from a young age. I was aware of Shirley Bassey being welsh because of re-runs of the film ‘Goldfinger’. Then ‘lost in France’ by Boney Tyler was probably the next time I heard of anyone from Wales making the charts before of course Shaking Stevens became a huge eighties star. We knew Shaky was welsh as he played our youth club a few times with his band the sunsets before he made it big. The first Welsh song with welsh lyrics that stood out to me was international velvet by Catatonia. I was aware there was welsh language music around but never really heard any except by chance with John Peel and didn’t take much interest until I started learning welsh. Sad but true.

Really, Spencer Davis? Another of my favorites - from my long sixties and sixties-influenced list of bands.
But I’m finding out he’s Welsh…just now that you’ve said it!

I thought they were from Birmingham - which is currently included in Wales just in the map I had in my mind!

p.s. now that @Macky mentions them, I’m sure I’ve heard Shakin Stevens and Bonny Tyler - while I didn’t list more of 90s bands but definitely Stereophonics were the most famous (their torment song was also on some Italian tv commercial ) and Catatonia (@robbruce) and Feeder quite known in sone sort of alternative scene, but all of them and Super Furries just in English!

Yes, Spencer Davies recently played in Y Gwachel Pub.Pontardawe. I say played rather than performed. As it happens, there was a get together after a funeral, when friends were asked to bring an instrument and jam along together. Spencer happened to be one of the friends, and had popped over the Pond to pay his respects.

Stereophonics were the most famous

The 'phonics first album (word gets around) woke from my 90’s stupor. Loved/love it.

Spencer happened to be one of the friends, and had popped over the Pond to pay his respects.

Spencer happened to be one of the friends, and had popped over the Pond to pay his respects.

Yeah, I can only join you on this! WOW!

However for the Stereophonics…well, I guess at the time I had a very strict policy about what was cool and what was not.

Sorry, Stereophonics were in the not. And later i would have strangled them for writing “Have a nice day”.

And later i would have strangled them for writing “Have a nice day”.

And I could now strangle you for putting it into my head.

That’s on the second album as you probably know haha. It may be a Welsh thing a bit like the film twin town but yes the first album was straight out of the valleys.

Sorry, Stereophonics were in the not

I loved the dolls to be fair. They was on the cusp but for onenreason or another they never hit the heights they deserved.

I think they were one of those bands that didn’t quite care enough whether they were (commercially) successful or not.