Do you get frustrated when you can't remember a Welsh word?

All the other stuff - recognising syllables, adding vowels, adding consonants - happens under the level of your conscious mind.

This incidentally might explain something which frustrates me - not that I can’t remember a word (although that’s also frustrating!), but that sometimes I feel like I don’t HEAR the word properly the first few times. This goes double when the word contains unfamiliar consonants like LL!

Forgive you for pulling me up? Heck, I thank you a million times for having the boundless patience and kindness to DO so!

Yes - very much the same phenomenon - this is one of the reasons that I think working through the lessons without using the vocab lists is usually a good thing - although some mishearings (th/dd/v) can get a bit stuck… but the more you force yourself to listen, the more layers you’ll uncover, I think…

Thinking about it, our brains are taught to interpret from limited data. We hear what we expect to hear. If Janet came into the kitchen and said, “Sion Corn just came down my chimney!” I’m not sure what I’d hear, but my brain would reject those words!! So, when listening to a language we are learning, we surely have to tune our brains into it gradually, so teach it to accept what seems outside current possibilities!!

I just burst into laughter in a most unladylike manner, but your words have kick-started the cinema in my head! It’s true and I’m experiencing exactly this! The more I become familiar with the sound of Welsh, its rhythm and feel, the better and faster my brain seems to learn it.

P.S. Would you allow me to exchange Sion Corn with the gentleman below? 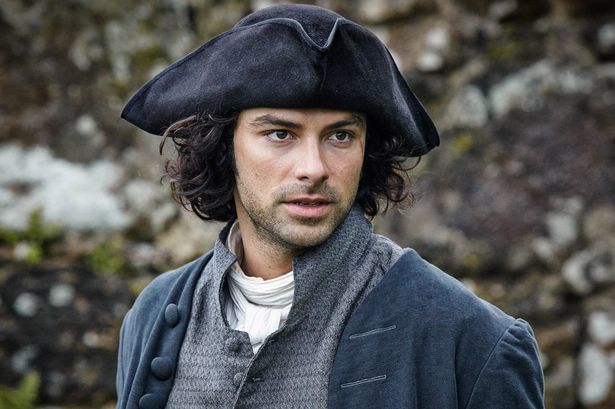 i would, if fit enough, grab him and run! I fell for him when he was playing a friendly, misunderstood Vampire!

p.s. OK I’m old enough to be his Mam or possibly his Nain, but I can still dream!

Pffff, who cares about age! It’s just another tool some people use, in order to press others into cliches. The soul doesn’t know age. I first saw him in the Irish series called “The Clinic” and in “Desperate Romantics” - and just like you, immediately fell for him. Oh, he cries so beautifully (from 23:28)…deep sigh I don’t know why, but when a man looks at me with tears in his eyes, I get all weak in the knees and in the heart,

I can relate to that. I am also an older learner (henddraig) desperately trying to learn Welsh at the same time as sometimes fumbling for words in my mother tongue (English), it’s soo frustrating but I enjoy learning languages and find it stimulating trying to make myself understood in Welsh. Just doing SSi Welsh during the Summer break otherwise I fear I’d forget everything.
PS this is my first post, not quite sure what I’m doing!
Barbara

Welcome to the forum, Barbara, from another golden oldie. I think the secret of SSiW is to press on when we don’t know what we’re doing!

Thanks for that Bronwen,
I’m determined to press on. I know I need to speak more. I learnt languages before through grammar and written exercises, as we did years ago. SSiW is good for me because I can concentrate on the listening and speaking more than the reading and writing. I’m off to Canada to see family next week so shall miss the beginning of term here. Trying to do half an hour a day in the hopes of keeping up
Barbara

Just a thought on perspective - I work with mostly 1st language Welsh speakers (who, as the tabloids keep reminding us, can all speak English just as well as Welsh

) and very often there’ll be a shout “be’ 'dy air Saesneg am (insert Welsh word here)?”. Not being able to pull a word in your not-1st language from the far corners of your brain happens to everyone with more than one language in their head, but it’s my feeling that the frustration is greatest among learners who are less far into the journey because they put it down to a ‘failure’ when really it’s just “one-of-those-things”… those things being “senior moments”/“brain farts”/“human error 404” - call them what you will - and nothing at all to do with a perceived ‘failure’ to remember.

Da iawn pawb! Maybe we should have a sub-group called Golden Oldies!!? I like that title, it makes age seem a lot more promising! Usually I am just aware of the fact that I may have lasted longer than my short-lived ancestors, but am much too old for 75 nowadays when folk do sky-diving at 90 and my neighbours on Gower were a family notable for climbing ladders to mend a roof in their 90s, living to 103 etc. etc.! Welcome to the Forum @barbara-e-mort - you seem to be doing fine so far! Diolch, @Claudia_Beryan I will watch and drool as soon as I have time! @Staffan Yes, quite right, finding other ways to say it or, as @siaronjames (not a golden oldie!) points out, just asking, are excellent ways to deal with the problem and, in normal life, when not trying to test one’s progress in something, we do those things quite naturally, so maybe we should not get so hung up when we have lapses - in any language or on any subject!!

(not a golden oldie!)

Thank you for that, but I’m further on the way to being one than you might guess!

Yes, it’s frustrating when you can’t place a word, even in your first language, and so satisfying when it suddenly comes back to you.

Maybe we should have a sub-group called Golden Oldies!!?

A much nicer phrase than “senior citizens”!

The Americans have an organisation called “The Grey Panthers” - an advocacy group to combat ageism (And the Germans have “Die Graue Panther”, but it seems the Americans first had the idea).
I rather like that name, anyway.

I look forward to joining the ‘Silver Say Somethings’ before too long!

Count me in to the Silver Say Somethings.

I look forward to joining the ‘Silver Say Somethings’ before too long!

I suppose it’s ageist to set up a thread called that! And limiting. I have had trouble putting names and faces together for years and my Dad was worse! The number of people for whom he used the line, “You’ve met my daughter, haven’t you?” I would say, “I don’t think so?” iin a querying tone and then add, to the newcomer, “Mr?” (My father mainly mixed with and worked with men!) So memory lapses are not only for golden oldies or silverSSers! (We just have an extra excuse!)

Yes, indeed, I feel the frustration. But now I’m finding another (confusing) source of the same frustration.
Someone will say something to me in Welsh and my wife wil ask me what was said but then I can’t quite find the right words for it in English. I know I have understood it but it doesn’t look like that to her.