A couple of years ago a book was published, in English, called Lost Words. Artist Jackie Morris was lamenting the removal of words from the Oxford Junior English Dictionary. Words such as Otter and Kingfisher removed in favour of more modern, technological words. She painted pictures and Robert MacFarlane wrote poetry and a copy is in every primary school in England.

Next week a Welsh version is being published, same pictures, words by Mererid Hopwood. There’s a crowd funding campaign going on to get a copy into every Welsh primary school.

If you can support this you would be getting a beautiful book into every Welsh school. 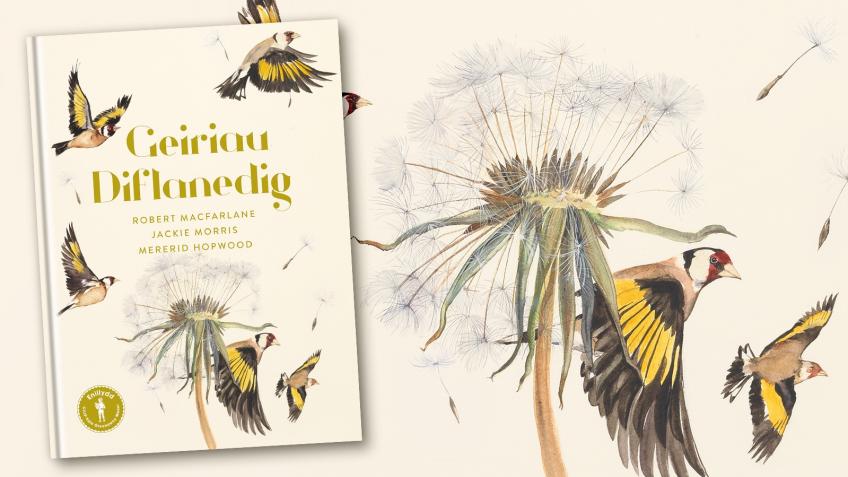 Are the same words disappearing in Welsh? I don’t really understand.

Perhaps not the same words, but the very idea of nature. They removed some of the English words referring to nature because children, apparently, weren’t using them. I assume the same thing is happening with Cymraeg. Pretty sad though to have a 7 year old who doesn’t know the word otter.