Could this be Welsh?

Hi everybody.
I am a collector of old books, mostly German and Dutch. One day i bought an old english medicine book and found a handwritten letter stucked inside. For me living in Germany it is a diffucult task to find someone who speaks welsh. Therefore i try it here.

I tried to use some online translation tools by myself, but as someone who doesn´t speak a single word welsh it makes no sense to me

The book in which i found the letter dates from 1657, the handwriting maybe a bit later. Could it be some kind of poetry?
Thanks in advance,
Christian from Neuss in Germany.

I’m not sure it’s Welsh but it does have a Celtic look to it - not so much Irish or Gaelic, but possibly Cornish or Breton - and it does seem to have a poem structure.

For me it is a riddle too. Maybe a dialect of some kind.
I know from translating old german handwritings, that dialects can differ a lot from the Main-Language.
Or the writer was just drunk

Would you be able to take a photo of the note so we can see the handwriting please? This is fascinating!

Ditto this - I have a friend who went to Welsh - medium school & does early modern palaeography as part of her job so might be able to help or know someone who would.

I have to borrow a camera first, my mobilephone does not do the job right

The next 4-5 days i will upload a picture here.

Thanks for your replys. 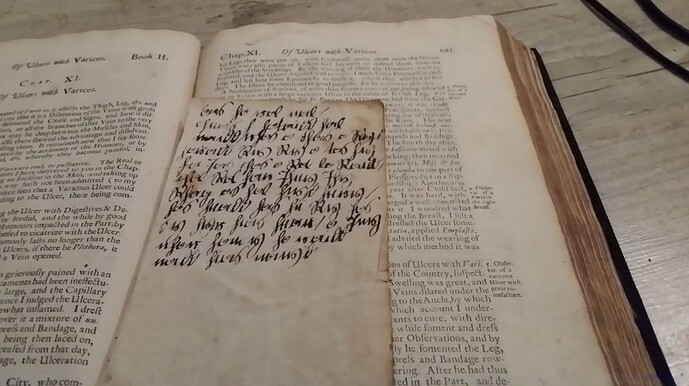 Here it is, not the best quality, but it is the best i can do for now.

Oh my goodness! Beautiful but still no closer to an answer for me! Hope Richard’s friend can get us closer!

I hope so too. All i can say that this handwriting style is pretty close to german “Kurrentschrift” (current writing style) which was common at 16th - 19th century here in Germany. Why i found it in an english book is still a mystery to me

Beautiful! A lot of those words appear to start with a 17th century s (looks like a more modern f or an h) but hard to tell from the image.

Any chance you could also post a photograph taken directly overhead? I’m an archivist by training, and am still paid to read people’s bad handwriting.

@AnthonyCusack i compared this “h” letter to other old handwritings (Danish/German/Dutch) and it matches nearly perfect. But if it is from another country it could be possible to be something else. I never read old handwritings from Britain.

@Jane The Photo is on its way 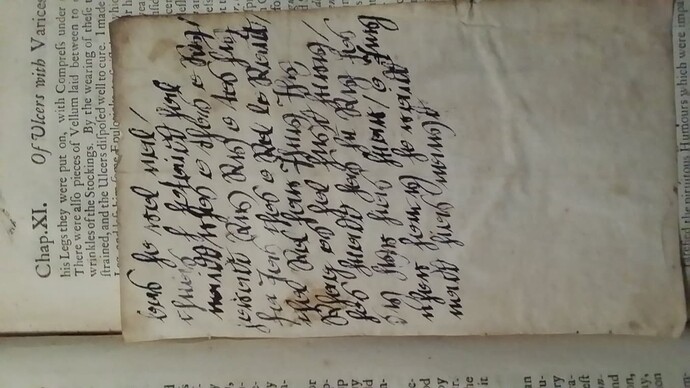 Well, i think you have to bend your neck a bit

@AnthonyCusack i will try to apply this to the letter. Thanks

Why would an old german author write something celtic down in Kurrentschrift.

Why would an old german author write something celtic down in Kurrentschrift.

I’m not sure but it sounds like the premise to an excellent novel!!

Yes, that would be fun to read 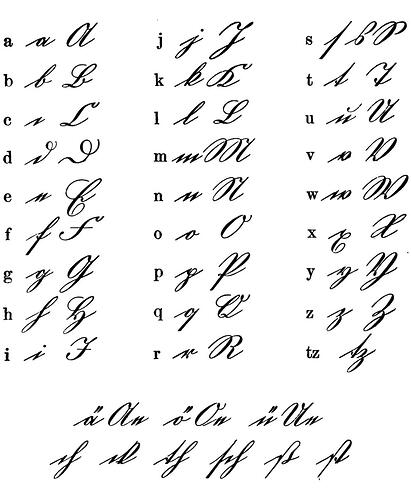 Just had a quick look, and I’ve definitely spent too much of the last 5 years deciphering social worker’s scrawl from the 1950s-2000s and not enough time keeping my early modern palaeography up to scratch!

I need to get my eye back in with some early modern documents I have transcriptions for first, and then will have a proper look at the weekend.

Thanks for your time, Jane. It would be great to solve this.
My personal guess is, that somebody copied this text from another source.
But what do i know

My friend has had a preliminary look at it, but wants to get hold of an early modern Welsh specialist to see if they can make any sense of it, if she can. She’s busy being on strike about the precarity of university employment at the moment, but may have more for us in a couple of weeks’ time or so.