Thought I’d start a forum convo for people to share links for any Cornish language events, hope this is ok and has not already been covered

I’d be glad to know about any other events that come up, although I live a bit far from Cornwall to be able to attend most of them! But there have been occasional events in London, which is closer to home for me.

A useful website to keep an eye on is Kalendar Kernewek — it gives dates and details for a good variety of upcoming events, from Yeth an Werin (informal conversation groups), children’s activities and music sessions to Cornish church services.

As was mentioned before they normally take a bit of digging around to find and of course you’re right about the kalendar kernewek here’s the first one from me ‘Church services in Cornish’:
The Christmas service in St Ive Methodist church, near Callington will be on December 18th, starting at 2.30.

im guessing you know about the Yeth an Werin in London on the 25th of November? I’m not sure if it’s ongoing I just noticed it on Facebook recently 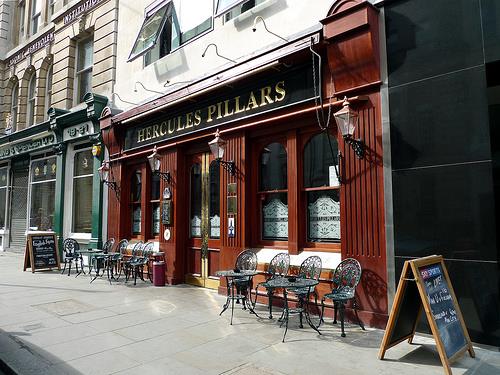 Thanks, Shaun. I did make it to one Yeth an Werin in London a few months ago, so I hope it’ll be a regular event. Unfortunately I can’t always guarantee I’ll be available for these things, as my work schedule is very variable. I may be able to make it on the 25th, though, so thanks for reminding me.

This is a really useful idea for anyone learning Kernewek, especially if the information is scattered around different emails and webpages and facebook groups.

Please feel free to add as many events as you like, and links to posters / what’s-on listings etc. A lot of people who use SSi courses are desparate to use their language as soon as possible, so every encouragement and assistance is useful.

here’s the first one from me ‘Church services in Cornish’:
The Christmas service in St Ive Methodist church, near Callington will be on December 18th, starting at 2.30.

Thanks for this too, Shaun. I’d also like to put in a word for the Cornish language church services, most of which are organised by Revd Jane Kneebone (who’s lovely and lots of fun) — I attended an Easter service in Cornish earlier this year and really enjoyed it. Whether or not you’re interested from a faith perspective, it’s another good opportunity to connect with other “Kernewegoryon” in a setting that, in my experience, was very friendly and not at all intimidating.

At the service I attended, we sang lots of familiar hymns in Cornish translation, which was a fun challenge! The sermon was quite short and straightforward — spoken in Cornish, but we were given the full script in Cornish with the English translation alongside, so one could follow along while listening and see both what we were hearing in Kernewek and what it meant. I’d happily recommend it to anyone who’s interested.

Thanks, Shaun. I heard about Festival Kernewek from the “Kevren” newsletter as well and would love to know more, but not a lot of info is available yet and unfortunately I don’t think I’ll be able to get down to Penzance in February!!

I’m saving my money and time off work for the Pennseythun in Newquay in April. Still, I’ll look out for further details of the festival in Penzance and will be interested to hear what’s on there and how it goes.

I’ll be working most of the week but hope to go down at least once, it’s a bit closer for me!

. Anyone involved with a minority language will be used to this by now but it still irritates me

A nine-day Cornish language festival – the first of its kind – will take place in Penzance beginning in February next year.

Just ignore 'em, Shaun — I see you had the guts to post a positive comment and someone’s already bitten back.

Look at it this way — if that’s the way they feel about the Cornish language, at least none of them are likely to turn up at any of the events and spoil it for those who love Kernewek and actually want to be there.

I’m glad to hear the festival is going on and I just wish I could be there too, but it doesn’t look likely this time around. I’m already planning to attend the Pennseythun in Newquay in April, though. (Edit: just looked back and saw I said that last part already.

Meanwhile, I got a couple of emails today from Golden Tree (Gwedhen Owr), the organisation that brought us the Man Engine earlier this year — it looks like they’re now starting a series of free Cornish classes in Penzance… https://www.facebook.com/events/1835876090019794/

… culminating in a Cornish language weekend at the Union Hotel, Penzance, 24-26 February: https://www.eventbrite.com/e/pennseythen-an-kesunyans-the-union-cornish-crew-weekend-registration-29712072609 Presumably timed to coincide with the start of Festival Kernewek that Shaun posted about before.

Drat, now I’m getting tempted to book a few days’ leave at the end of February… if only Kent could be a little closer to Kernow!!

I think the people commenting are “professional trolls” I said my piece and I’ll leave it at that, I just don’t understand why people are so anti Cornish or Welsh etc for that matter it’s so bizarre!
I’m trying to work out how I can get down there for a few days as well!!

I just don’t understand why people are so anti Cornish or Welsh etc for that matter it’s so bizarre!

Dunno either. It could be that people see it as a threat in some way — people who speak Cornish and/or Welsh are all obviously radical nationalist separatists who hate the English and anyone else who’s not Celtic, of course

— or… well, maybe they (the anti brigade) just don’t have anything better to do with their time. It could be down to an identity thing — maybe people who live in Cornwall and have Cornish ancestry and consider themselves Cornish, but don’t speak the language and aren’t interested in it, feel a bit threatened by the implication that they’re not “Cornish” enough? Who knows…

At least you find it easier to get to Penzance than I do — from where I live (just outside London) it’s a 6-hour drive, not counting rest stops, or at least 7 hours by train. That’s a lot for only one evening, one full day and one morning of activities at the other end (it’s 17.00 Friday - 10.00 Sunday), especially since I’m already planning to go to a similar event in April. I may have to give it a miss this time and just find out afterwards how it went and whether it’ll be held again the next year. But we’ll see…

Would anyone be interested if I started a Yeth an Werin in Bristol? I’m newish to the language and it would be really great to meet people who speak Kernewek and get to practice speaking the language more. I’ve found somewhere that would be ok if we held it there, just need to find out if others would be interested. Meur ras bras!

What a good idea! If you are on Facebook there is a large group for Cornish speakers/learners called “I pledge to become more fluent in Cornish” or if not if you give me an email address for yourself I’ll post a “advert” for you, it maybe worth getting in contact with the Cardiff yeth an werin, there maybe people living nearby who could help?

Hi - yes, I am a member of that group although I’ve not posted on it before - I got all enthusiastic and posted here, and then decided I’d better wait to do any more until the New Year! I’ll post something there too in the next day or so - contacting the Cardiff group is a great idea, I hadn’t thought of that, thank you!