I imagine at least some people will have seen the news about the graffito/monument about the flooding of the village of Capel Celyn to create a reservoir serving Liverpool. (If not, in brief: it’s a famous landmark; it was recently painted over very thoroughly and ‘Elvis’ painted in its place; it’s now been redone by a group of people all seemingly too young to remember the original event, attesting to its continued importance.)

I was quite scandalised when I first heard about it on Twitter, but then I saw on Golwg360 that (a) it’s not the first time it’s been vandalised, and (b) the original graffito (by Meic Stephens) didn’t have a soft mutation on the place name, and so the first change to it was to correct that.

Which leaves me with a couple of questions, one cultural, one linguistic:
- If this isn’t the first time, what happened when it was vandalised before? Has it caused more outrage now because they were more thorough about it, or is it just an illusion of social media (ie. it was just as big a deal before, but I didn’t see it on Twitter)?
- How come the place-name needs softening anyway, after a verb? Does the imperative Cofiwch just work the same as if it were cofiwch chi i.e. SM after the subject, or is this something imperatives always do, or is it a literary Welsh thing, or…?

what happened when it was vandalised before?

Imperatives definitely trigger SM, but for pity’s sake don’t ask me why

As I said when we discussed this last time it happened (on the ‘old’ forum, maybe), it belongs to the people, the people maintain it and sometimes the people are idiots and deface it. I’d much rather it was a living thing than something surrounded by museum displays and ‘interpretive’ exhibits.

By the way, there are a lot of people (some who should know better) making a lot of wild and evidence-free assumptions about why someone would do this. For the time being I’m just going to assume that there is no conspiracy, and as usual it was just idiots.

it’s now been redone by a group of people all seemingly too young to remember the original event, attesting to its continued importance.)

Indeed, two of my friends I see quite regular have been refreshing it overnight - fair play to them, they turned up last night as soon as they could get together enough red paint, they did the base coat late last night and slept in their cars whilst that dried sufficiently, before starting on the white text this morning.

It gets vandalised quite often sadly, but it usually just needs touching up rather than a complete “re-do” (the usual is for someone to spray a smiley face over it, or a name or similar) - this is the first time I’ve known it to be completely obliterated.

How come the place-name needs softening anyway, after a verb? Does the imperative Cofiwch just work the same as if it were cofiwch chi i.e. SM after the subject,

Exactly! There’s a notional subject hiding there (chi), and so the SM follows. Pity Meic Stephens didn’t know that.

I remember a similar ‘art work’ somewhere on the Bala Road towards Llyn Celyn. Perhaps it’s still there. I think it said ‘Cofia Tryweryn’ but can’t be sure. That memory is from many years ago and I wondered at the time why ‘Trwyeryn’ and not ‘Celyn’. I had some inkling of the history and soon found out more of course. Although the battle was lost, it was a time of change, of re-awakening and the fall out is of course felt to this day. I liked the gently humerous nature of the slightly subversive singing that apparently took place at the official opening. I know a old Welsh chap (limited iaith Cymraeg), with whom I exchange the occasional pleasantry. He’s been know to respond with ‘Twll din pob Sais’ as a laugh.

Yes, for some reason I seemed to remember it written on a rock. Mind you that was in my motorcycling days, stuff is easier to see from a Citroen C3

Depends on whether or not you’re hoping the person you’re talking to is going to get the next round in, I’d say…

But if you wanted to say something like Cofiwch Dryweryn a Chapel Celyn, then Capel Celyn is still the object of the finite verb, but it’s not going to get softened. So then we wind up having to rephrase the rule in terms of “finite verbs soften an immediately following direct object”, or something like that, which may or may not be any advance on “imperatives cause SM” or “it’s softened because it’s straight after a chi that isn’t there.”

Yes Louis, you could put it that way - but actually you’re simply restating the [subject followed by SM] rule, since inflected (i.e. finite) verb forms in Welsh have an implicit subject, don’t they? Even when not explicitly stated, as in more formal styles. In the rather formal:

Gwelais gath - I saw a cat

one can plausibly argue that since the first person singular is plainly indicated by the -ais ending (and it is), then the subject is present there.

Good documentary on S4C last night by Huw Stephens on the Cofiwch Dryweryn wall first painted by his father Meic Stephens (and now popping up all over the place – I’ve seen the Aberdaron one this year). Mostly in Welsh with English subtitles available on S4C Clic and iPlayer catch-up. Bendigedig! 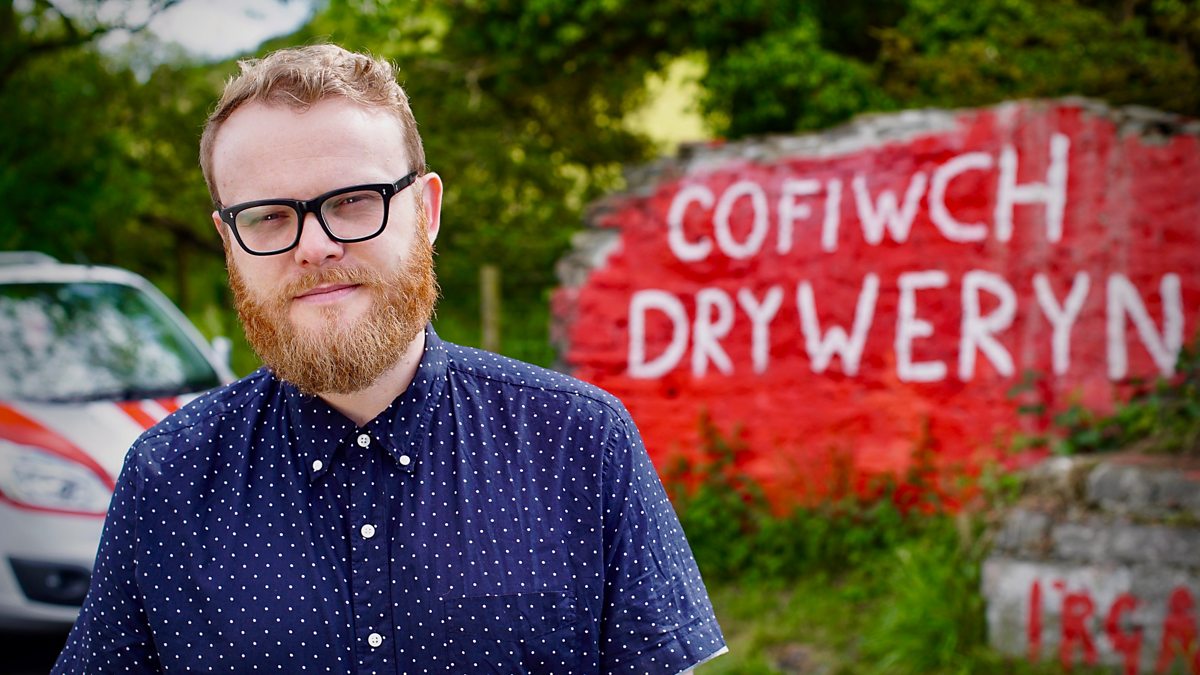