Any Questions -Tywyn this Friday. Any Ideas for a Question?

Hi,
I’m Simon and have not commented much on the forum before but often go on for a read. I have lived in Llan Ffestiniog for past 2 years and am getting near to the end of Level 2 which is hugely exciting. Thanks Aran so much for your inspiration along the way.

I have been given a ticket for the Radio 4 programme Any Questions which airs live on the radio Friday night from 8pm ( repeat 1pm Saturday and thereafter on i player). Anyone attending this ticket only programme can submit a question for consideration and I want to ask something Cymraeg related, along the lines of -

Is enough being done to ensure the language continues to thrive in the future? What more would the panel like to see happen on this front etc?

However this could be a bit more pithy, more focussed and I just wondered if anyone has a suggestion for a good, short question I could get on air. I will also try to give SSIW a plug as the questioner often gets asked why they asked their particular question.

No guarantees my question will get on as they mostly focus on national and international stuff but you never know. Answers to the forum please. Significant names in politics on the bill including Leanne Wood and Stephen Crabb. Also the Vice Chancellor of Aberystwyth University I think.

Oh yes and hope to see many of you at the forthcoming party in Caernarfon.

I’m a conflict avoider by nature, but I think a question would be more likely to be picked if it was controversial. So, off the top of my head:

The Whitehall government says migrants to the UK should be forced to learn English, in order to integrate fully into society. Should the same apply to non-Welsh speakers moving to Wales to live?

Presumably, the languages of our near neighbours, France and Spain, are taught in schools because there are opportunities for students to travel there and use them. Is there, then, a case for teaching Welsh in all UK schools?

A warm welcome to the forum, Simon, and huge congratulations on having got so far! I’ll look forward to meeting you in the party…

I think you’ve got a pretty qood question as is. There’s a very good chance they’ll refuse it (they don’t exactly tend to see the language as mainstream enough) but you never know - and Leanne will certainly give a thoughtful and positive answer to that (she’s also kind enough to recommend SSiW to people as well!)…

Let us know how it goes!

Will let you know if I get a question on.

Can you possibly squeeze in a mention of the current threat to cut S4C’s funding by a further £700,000 in the financial year starting in April 2017?

I wonder though if this may be the sort of question that they like to throw in nearer to the end to bring in a bit of ‘something else’ and maybe particularly so this week as the Trump goings on will be so all consuming?

Should the same apply to non-Welsh speakers moving to Wales to live?

The very reason I’m learning, moved 6 miles over the border so now learning! I guess you could additionally ask if there are any members of the panel who live in Wales who don’t speak Welsh and if they would commit to learning, since it’s now more accessible than ever with a number of excellent resources online (blatant plug here…!) That kind of personal question seems to slot in at the end of AQuestions.

OK thats an eye opener, didn’t realise it was that much.

It is a lot when you look at all the cuts that have come before it as well. It’s been stripped to the bone as it is…

@Deborah-SSi Thanks for usual lovely petition mention in n/l. Would it be possible, next time, (i.e. in 2 weeks), to mention the pending £600,000+ cut to S4C’s finance and ask those in Wales to maybe contact their MP? And maybe ask their AM about getting Broadcasting Devolved, as long as money comes too!!

I forgot it and don’t think my Cymraeg is good enough for Radio anyway. What questions came up? 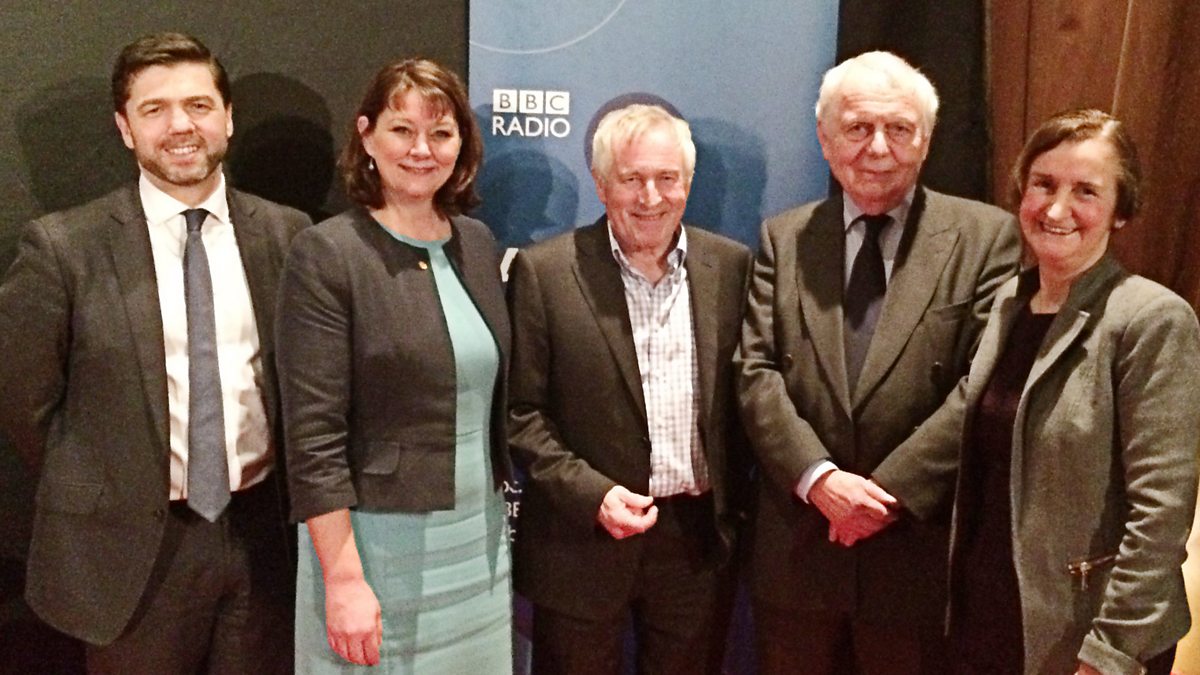 
The expected mix of questions and I found Emyr Jones Parry very interesting. The question about promoting Welsh is towards the end.
1 Like
henddraig February 8, 2017, 1:21pm #13

I misunderstood and thought it was Radio Cymru! Damn! I’ll try to get to listen!
Finally got around to popping in at the end for the care or Welsh question! Good on, Sir Emyr and Leanne too! I loved her comment to the heckler! But Sir Emyr put the case beautifully as did whoever sent a text!