Please could I ask why there is a ‘y’ and a ‘bod’ both I assume meaning 'that" below? Taken from Challenge 9.
Is this simply a way of not using a duplicate word in the same sentence? I know this is good good practice.

Is this simply a way of not using a duplicate word in the same sentence? I know this is good good practice

It’s not that, if I understand it correctly - the y and the bod are used to link the three parts of the sentence, a main clause I think, then a relative clause I would like to help you understand and then an indirect speech clause I still need practice which serve different functions in the sentence so different link words are needed - if I try and make a stab at explaining more I’ll just confuse myself as well as you, I’m afraid

so I think we definitely need to call on @garethrking here!

Bless you John. I love these intricacies of language and to get it right when speaking. Look forward to what Gareth has to say.

In fact they are both indirect speech clauses (relative clauses are done with a or sy). But there are different words for that… in Welsh, depending on what directly follows - if it’s a verb that ISN’T present (or imperfect) of bod (and hoffwn i certainly isn’t), then you use y before the verb; if it IS present or imperfect of bod, then you use the bod/fod set instead of the verb; and if it isn’t a verb of any kind at all, you use mai/taw.

Much more of this particular fun and shenanigans in the new book - now claimed by Amazon to be available from 21 July.

Will you be posting when the book is available and what its name is at the appropriate time?

It’s been mentioned a few times around the Forum.
If I were in the UK, I’d actually get it straight from the publisher, that is: 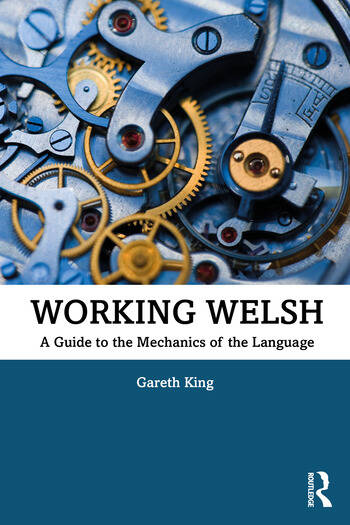 Working Welsh: A Guide to the Mechanics of the Language

Working Welsh offers a new approach to building up and consolidating learners’ fluency and confidence, focusing on the mechanics – the words and phrases that build and drive sentences and make them fit together. 200 Welsh words and phrases are listed...

Maybe the e-book version is already available - while the book shipping date is now aligned everywhere on July 21st (while it was quite later on Amazon.it and quite earlier on UK sites) so it’s probably the good one? @garethrking